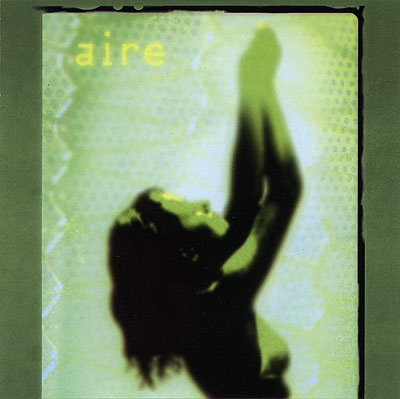 Track 12 of the Chattertocks' new CD is a cover of Paula Cole's The Ladder. If you like the CD mix of mostly smart songs by women on the album at all, you're going to love The Ladder. It's a real mood-maker.

Track 12 of the Chattertocks' new CD is ALSO a cover of the Spice Girls' Spice Up Your Life. If you like the CD mix of mostly smart songs by women on the album at all, you're going to hate Spice Up Your Life. It's a real mood-wrecker. Why are these songs both on the same track? Program your CD player as much as you like, but you'll always have to hear Spice every time you want to kick back and enjoy The Ladder. Spice is performed well-enough, but by crudely gluing it onto the end of the track, it sucks all the charm out of first song.

Overall, Aire is a strong sample of women's collegiate a cappella, but it does lack a little of the oomph that made Take it To The Bridge so enjoyable. That energy is most missed on their cover of As Cool As I Am. The Chattertocks performance, while nice, can't compete with the rocking harmonies (supplied by a harmonica and a didjeridoo) on the Dar Williams original. The fact that you probably haven't heard the Dar Williams original is one of h album's strong suits — the track lists features just enough songs by relatively obscure groups (or at least obscure songs by popular groups) to keep things interesting. For example, everyone is singing covers of the Dave Matthews Band, but I haven't heard Say Goodbye done before.

Before you go, I wouldn't be me if I didn't talk about the packaging design. There are a lot of problems in terms of the liner notes — all the song info is only on the back cover, for example — but the overall look and feel of the front cover, the back cover, and the under-tray is darn good. One of the better designs I've seen on a RARB disc. I'd compliment the designer by name, but guess what one of the other problems with the liner notes is?

Brown's Chattertocks have done it again — they've created a CD that grabs you and makes you listen to it, then stays in your CD player a lot longer than your average a cappella album. A little less funkified than their last outing (Take it to the Bridge), Aire still has its share of pop divas, plus a heavy dose of Lilith Fair-ers. There's something here for every taste, from Mariah and Madonna to less-well-known folkies Dar Williams, the Story, and October Project, and chances are you'll find at least one track on this album you like better than the original artist's version. For me, those tracks are Kiss the Rain — I never did like Billie Myers' vocal style on the original — and (never having been a very big Mariah Carey fan) Always Be My Baby.

There are a few weak spots here and there, but even taking those into consideration, Aire is an extremely listenable album. The soloists range from decent to excellent, especially Yvette Wild's dead-on Madonna on Frozen and Erin Clark's soulful Always Be My Baby. The percussion is solid, especially when Kate Matsutani's in charge. The Chattertocks make good use of harmonies to play off the soloists, nowhere better than on the riveting duet intro to In the Gloaming, as well as the engaging double echo effect on Kiss the Rain.

There are a few forgettable moments on the CD. Mysterious Ways and Breakout, both songs I enjoy a lot, were disappointing, with thin arrangements and soloists who didn't do a lot for me. I'd be able to live a happy life even if I never heard Foolish Games ever again, and The Ladder, which was practically an a cappella song already in its original form, fails to live up to Paula Cole's original version. But these complaints only come out because of the strength of the rest of the material on the CD — on a lesser album, these songs would be standouts.

Overall, the variety on Aire is its strength — it's an enjoyable listen because there's not time to get bored. (Never mind that the production is solid and the album art is of professional caliber.) If you're looking for an hour of excellent music by an accomplished female collegiate group, you're in the right place.

The Chattertocks strive for more than your average collegiate fare on Aire and they often achieve it. Unfortunately they often fall short of their lofty goals and when that happens it's a rough landing.

The selection of music is wonderful. The soloists range from good to great. So what's missing? Consistency. The impossible dream for collegiate groups. There were enough passionate moments on this album that when the moment is lost to intonation problems or poor mixing, it's more frustrating than had the album simply been mediocre. But after all is said and done, I'd rather listen to the Chattertocks pouring their hearts into Aire than listen to a slicker production of something more bankrupt of vitality.

Steve Revilak's production was average on this album. And considering the talent he worked with, that's a shame. The mics are great and it's a very clean sound, but the effects are inconsistent and the mixing and EQs are off, sometimes muted, sometimes overly bright. With another week of mix-down, effects could have been tastefully tweaked, a few clunker notes could have been punched again (or mixed low) and this album could have been really fantastic.

This CD didn't grab me quite as strongly as did Take It To The Bridge. Blend is still quite good, tuning still together overall. Maybe it's that I miss some of last year's powerhouse voices who graduated. Maybe the arrangements didn't impress me as being as original as on the previous album. I suspect my problem is that the Chattertocks set a very high bar for themselves, and this CD doesn't quite measure up to the high expectations I have left over from their earlier work.

Not to say this is overall a weak album. Some parts are strong, and some are simply lacking a little something. Percussion on Mysterious Ways and Say Goodbye is remarkably performed, but is somewhat awkward at times on Frozen and Breakout (which also suffers from some tuning issues). Strong solos of note are Show Me Love and The Ladder. The hidden track, the Spice Girls' Spice Up Your Life, is far and above my favorite track on the CD, purely by virtue of it being the most fun of all the tracks. It's the one song that sounds like they're genuinely enjoying what's happening. And it's in sharp contrast to My Funny Valentine, which (for what seems to be a signature song, no less) is still mechanically and unemotionally performed.

Where the group's previous album contained what I feel were definitive arrangements — the original artists' versions of those songs remind me of the 'Tocks arrangements, not the other way around - Aire is all in all less inspiring and less interesting. It's a safely produced album with a clean, reliable sound... but nothing that will wow you, shake you up, and force you to keep this CD in your stereo for weeks. A good album — no better, no worse.

The Brown Chattertocks are one of the few groups that I have reviewed multiple albums for. Unfortunately, the group has changed over the past few years and has lost some of its initial strengths. This album has a good selection of songs, ranging from the '80s sensation Breakout by Swing Out Sister to Madonna's hit Frozen. Obviously a wide variety of music, the overall product does not have as much variation. All of the songs on this album are recorded with a breathy sound to it, and one track (Say Goodbye) sounds as if it were recorded in an amusement park "Record-A-Hit" studio. The mix is very bright and almost brassy, and volume is seriously needed for percussion.

While many arrangements have thick chords with many moving parts, I would have liked to hear more lyrics taken into the background singing. In particular, the arpeggiated chords in Foolish Games were banal, rushed, and choppy. Again, syllable selection can be boring and contrived at times. None of the soloists stood out as song-sellers: problems ranged from being hard to hear, having a song that was out of range, or having a sound that did not blend with the mood set by the rest of the group.

All of the songs seem to take a while to settle in the beginning; none grasp your attention and hold it for very long. Tempo wavers quite often, and while most songs stay in tune, the random note-out-of-tune in many places sticks out. For their next CD, the Chattertocks should pay attention to overall phrasing, build up the soloists to have more individual style, and bring back those low voices!