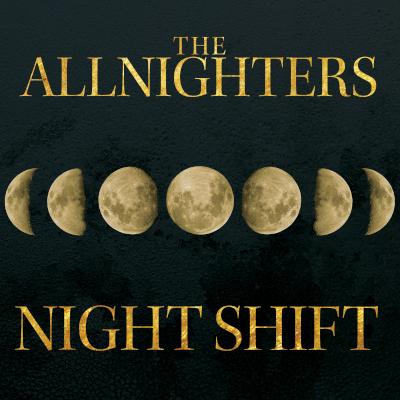 The AllNighters from Johns Hopkins do retro exceptionally well — either actual old songs, or modern songs with a retro tone. The 1980s R&B vibe of Love on Top is executed beautifully here, with every effortless tempo and key change seemingly performed by feel alone. Miracle, as I mentioned in my earlier review, has a breezy disco vibe to it that sounds graceful and carefree.

But the most impressive song here is the jazz standard 'Round Midnight, with soloist Ari Messenger's gorgeous scat that slides in and out of his solo line. I keep using (or wanting to use) the word "effortless" in this review, but that is truly the AllNighters' strength: I'm sure that every change in dynamics and intonation is planned out, but the AllNighters' performance here just feels easy and natural. They sound like they're having fun, and like these songs come instinctively and easily to them.

If 'Round Midnight is the best performance here, then Break Free is a close second: arrangers John An and Messenger do an outstanding job of turning Ariana Grande's dance anthem into a tender love ballad. No joke, this song is almost unrecognizable here, in a beautiful way: people who've dismissed Grande for her disposable, mindless pop will be shocked that this is the same song. And throughout, the AllNighters' gorgeous dynamics add a depth of emotion that's not inherently obvious from Grande's bouncy original.

If there's one weak link here, it's the song Say Something. The AllNighters do a fine job, and soloist Andy Kim sounds killer on the lead. But in the midst of an album full of retro and/or retro-sounding and/or turned-upside-down covers, this straightforward cover of a straightforward ballad just feels a little disappointing. It's the curse of a group that's exceeded our expectations: really good just doesn't feel good enough on an album full of great moments.

That may sound a little nitpicky, and one slightly less-interesting-than-average song hardly detracts from the otherwise excellent Night Shift. The AllNighters have obviously put a ton of time and thought into the songs they're singing and how they choose to interpret them, and it really pays off. The EP is a joy to listen to over and over and over again.

It's great that so many collegiate groups put out full-length albums showcasing their wonderful artistry. But there have been some instances when I've wished projects could have been scaled down to EPs. Night Shift from the AllNighters of John Hopkins' University wonderfully delivers on this request. With plenty of style and vocal acrobatics, Night Shift is captivating and inspiring for the listener. Some tracks take a bit of time to resonate with the audience, but when the momentum gets going, Night Shift is incredible.

Upon initial glance, the track list is a bit dismaying. Half of the list are songs that have been widely popular with a cappella groups over the last year. Upon listening, however, all doubts fade away.

The AllNighters open with a soulful rendition of Love on Top that has a full and robust foundation. The backing group, with a moderate amount of production effects, provides a cohesive sound allowing the lead to just sing without holding back. There is not much variance from the original, besides a minor swing section, but the track is fun to listen to.

Say Something is stunning! The AllNighters capitalize with added layers absent from the original resulting in a more emotionally driven song. By the end, the lead's plea, backed by some of the most gut-wrenching chords you've ever heard a group sing, is breathtaking. Overall, the AllNighters' version has a pulse that is missing from the original, adding so much more life.

Rather Be captures the electropop feel rather easily. The track is heavy with vocal effects that may not appease some a cappella purists, including a sick dubstep section. The song is not without energy or intensity, but could use a bit more variance in the arrangement earlier in the song.

'Round Midnight is very atypical, in my opinion, for a collegiate group but I'm impressed that this group tackled the challenge. The lead completely makes this song with wonderful vocal scatting throughout over the backing group's laid-back jazz sound. The group's take is reminiscent in feel to Nat King Cole's version of Autumn Leaves.

Break Free is the group's big show-stopping number, full of progressive builds, great control of dynamics, and a powerful soloist. The song has various stages of peaks and valleys in relation to timing, energy, and overall feel that seems easier to do than it actually is. What a truly awe-inspiring performance.

Lastly, the group closes the project with a lively and funky take on Kimbra's Miracle. The AllNighters' version is very fluid and full of upbeat drumming, harmonies, and so many vocal runs by the lead. Some tracks just exude life and enjoyment in an effortless way and this is one of them.

The AllNighters are an eclectic bunch, and this translates to their music from song selection to delivery. Night Shift is a fun listen that will have you jamming from early morning through the late hours of the night.

Night Shift tends to focus on the groove. I find myself waiting an unnecessarily long time for the moments that truly feel like the AllNighters finally let loose and get into the music. In the opening number, Love on Top, so much focus is on creating a sultry R&B feel. There's even a cool jazz break in the middle with a very well-done hard swing. However, the song never really has a defining moment, merely differing plateaus of volume. Fast forward to 'Round Midnight, and we find another very well-executed jazz groove that presents a lot of really cool chords, but seems to lack the dynamic range to keep the song interesting. Don't get me wrong, the performance on both songs is excellent, but the energy seems to plateau for far longer than it should. There should be moments the energy should point to and strive for. There are very few uses of crescendos and diminuendos for most of the album. Without these moments and the buildup to them, many songs just seem a little dull.

The first real moment occurs in Break Free. I can't get enough of this track. While so much focus is often on the soloist, the gold star for the performance of this song needs to go to literally everyone else. The chords are just stellar. The opening moments flirt with silence, allowing for some really cool dissonant chords to ring. In the first instance of the chorus, the upper voices just shimmer in their arpeggiations. Everything about this song is leading up to the big moment, and when it finally hits, it's like the heavens opened, and there appeared the AllNighters. This level of performance comes back one more time for Miracle. However, this time, the boys are all about letting loose. The fun is infectious here. When the AllNighters cut loose for the bridge and final chorus, you can't help but dance along. As a final kiss, the last chord features a bass note that would make Avi Kaplan proud. It's a very well presented ending to the album.

The ability of the AllNighters to create a groove is fantastic and demonstrated consistently. The presentation is crisp, and the chords have a perfect balance of harmony and dissonance that are just tantalizing to the ear. However, what really sets some songs over the edge is the ability to play around with silence, harness the use of crescendos and diminuendos, and finally let loose at the big moment. The groove is nice, but the deviation from the groove is what makes the boys from Johns Hopkins special.