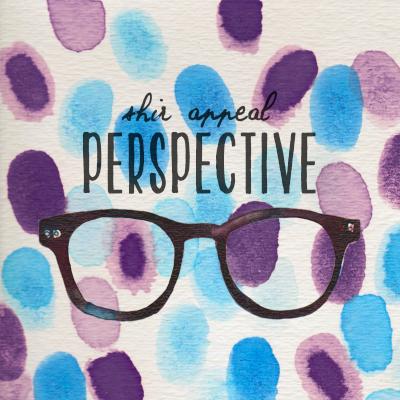 When you hear the phrase "Jewish a cappella", what comes to mind? Hold that thought, because Shir Appeal is offering a whole new perspective on how intricately Judaism is interwoven in the fabric of modern music.

Of the thirteen tracks, eight are what you might already associate with Jewish music. Some are folksy, some are somber, and some are straight from the Israeli pop charts, but they are all sung primarily in Hebrew and feature that unmistakable Freygish minor tonality. For some collegiate groups, arranging these either alongside or as mashups with American favorites qualifies as a Jewish a cappella album.

Not so for this powerhouse group from Tufts University. Listen, for example, to Ya Hey and Forever Young. Originally performed by Vampire Weekend and Bob Dylan, respectively, these are sung in English and appear to have nothing in common with the rest of the album — except that they are written by Jewish artists. Sabe Deus and Barminan are also rife with romance languages, yet they too are steeped in Jewish influence. Sabe Deus because it is by Israeli Idan Raichel and Barminan because it is by a band, DeLeon, that specializes in re-imagining old Sephardic Jewish songs. Perhaps most interestingly, Delilah makes its way onto the album, not because Florence Welch is Jewish (she's not), but because it alludes to the story of Samson and Delilah from the Old Testament.

If that doesn't sell you on the ingenuity of Shir Appeal, then the music certainly will. There is a reason this group has been featured in a number of compilation albums over the years, including Voices Only, BOCA, and BOJAC (Best Of Jewish A Cappella). When an arrangement is supposed to be catchy, it gets stuck in your head for days (Chalonot, Barminan, Ivdu Et Hashem). When it's supposed to be moody, it makes you want to scrunch up your nose and dance along (Delilah, Matanot K'tanot, Shelcha). When it's supposed to be powerful, it brings you to tears by the final resounding chorus (Ana Bekoach, Forever Young). The soloists are on point, the percussion is varied, and the production blends everything together for a full, colorful sound that sounds good from cover to cover.

Perspective is a fun listen, with a little bit of a lot of different timbres to suit your taste. To take this album from a strong "4" to a perfect "5", I would love to hear Shir Appeal exchange some of its infallible exuberance for a touch more subtlety and dynamics. Otherwise, this is a tough collection to top. If you are looking for a new perspective on Jewish a cappella, Perspective is the album for you.

Tufts University Shir Appeal presents another impressive project in the group's tenth album, Perspective. The album contains music in four languages, seamlessly unified in a diverse thirteen-song set and neatly detailed and translated in its nifty liner notes. I reviewed the group's previous album, Linguistics, and it appears that Shir Appeal's bright spots continue to shine brighter as the group strengthens its communicative abilities through music.

Some of my critiques from Shir Appeal's last album still apply, but to a far lesser degree. For example, some songs like Bashana Haba'ah are dripping with harmonic and dynamic potential and the group merely scratches the surface. Some more attention to textural build and filling out chords in close harmony as is particularly interesting in mixed a cappella could have made this track a slam-dunk. The solo work on Lecha Dodi, Ya Hey, and Matanot K'tanot feels very stagnant and straightforward, lacking in the expressivity that comes from the lyrics and their translation. Without a soloist to serve as a leader, these tracks almost seem superfluous to the album. Also, while there are some lovely moments in Ya Hey, they don't seem to flow well together, resulting in a long, meandering track. And for all of the great things in the closing track, Ivdu Et Hashem, some sort of stronger punctuation would have been welcome for the end of the album. With a little TLC, some of these weaker points could have been ironed out.

That said, the group's improvements are on display from the very beginning. Chalonot is not only a standout track on this album but one that I will unabashedly be adding to my Favorites playlist. The energy from top to bottom is infectious, and the seventh chord-laden arrangement by fellow RARB reviewer Louis Jack Ades is wildly effective in its simplicity. Ades' strong vocal percussion adds to the punctuation of the different sections and their navigation. I must also praise Stephanie Evans for her fun solo work on this track as well as on the emotionally-charged Shelcha later in the album. The group's energy does not stop at the opening track: Delilah, released separately as a single, is teeming with rhythmic intensity. Barminan exists to be energetic, and while not complex in any way, it does not lack in exuberance.

It has been a pleasure to watch Shir Appeal improve as a group as the members progress toward excellence. By all means, regardless of your fluency, give Perspective a listen.

Here's what I really enjoy about listening to Shir Appeal's albums: these singers know their message and their goal, and they know how to deliver on both fronts. As a group, they never try to be anyone but themselves. They make music that matters to them, that they care about, and that they want to share with the world. It's really a joy to listen to every time.

On top of that, I think Shir Appeal has really stepped up its game across the board on this album. There are a number of excellent solo performances: Noa Rosen on Sabe Deus; Stephanie Evans on Shelcha; and Paige Lucas on Ana Bekoach are all standouts in my book. All of the performances — whether from soloists or backs — are strong, emotionally convincing, and cohesive.

I am especially impressed with the arrangements. I'd like to highlight this point in particular, considering how many different group members are responsible for arrangements on the album. Some of my favorites include Evans (Delilah, Matanot K'tanot, Shelcha); Sarah Gruen (Sabe Deus); and Louis Jack Ades (Chalonot, Lecha Dodi). The tracks are well-paced, they grow, and they have excellent textures and spaces in them. It's more than I would typically expect from a group of collegiate arrangers, and I think it helps the songs resonate even more with the group.

Also, it might be a small thing, but I think Shir Appeal has the best liner notes of any group I've reviewed. They're meticulously detailed, and they manage to include translations for all of the songs as well as thoughts and comments from group members.

I highly recommend checking out Perspective. It's a chance to hear music that won't be on every other a cappella album out there, and Shir Appeal really excels at making this music accessible to new listeners. I commend the group for its hard work, and I'm excited to hear what these singers do next. Bashana Haba'ah, Shir Appeal, keep up the good work!