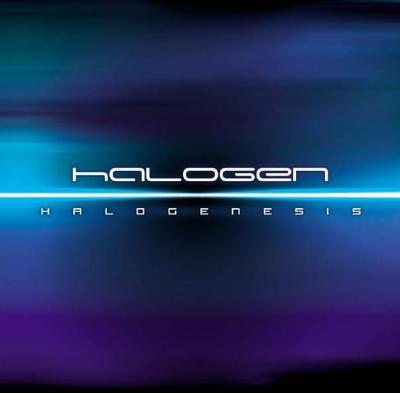 At the close of his first epistle, the apostle Peter instructs us to "Greet one another with a kiss of love.". This evangelical album starts by throwing a rock, and it never quite reaches beyond its own adoring choir.

Halogen is all Jesus, all the time, with reassurance for the righteous but little room for sinners. The group's five members have assembled twelve original songs (and one odd little intro track) that combine their faith with pleasant voices, a good bass line, spotty tuning and the occasional catchy melody. The lyrics are preachy, often coming across as smug rather than inspiring.

All this might have been avoided if Halogen had started their CD with the eloquent He Will Carry You, rather than the belligerence of I Believe. Their chosen opener mocks evolution, secular humanism and the big bang, without any attempt at finding common ground. To heck with creative design, good works, and ecumenicism. Halogen's lead has no trouble singing "I believe that God is really righteous, and he won't put up much longer with lies like these.".

Confrontational Christianity is not the answer to these modern times. People are blowing themselves up all over the world to honor their chosen brand of monotheism. Far better to spread word of God's unconditional love and mercy, rather than wallow in the extent of one's personal devotion.

To be fair, parts of this album do herald a more inclusive message. Fishers of Men and He Will Carry You are my favorites. But this album never gets beyond its opening salvo, never convinces me that I am welcome unless I unquestioningly adopt their party line. Without a message that embraces human diversity, Halogen has a tough time sharing the blessings of God's universal love.

Halogen is a Christian pop acappella group that brings strong soloists, energy, catchy harmonies, and an album full of originals to the table. So why is their album Halogenesis so darn difficult to listen to?

Tuning, tuning, tuning. Decent production masks the issues a bit better than I've heard on some other albums. But with Halogen's reliance on such intricate harmonies throughout their repertoire, their failure to fully lock the majority of their chords ends up leaving the listener seriously wincing throughout their tracks. Check out the opening harmonies of He Will Carry You, the beginning chords of Love Never Fails, and the choruses of My New Signature. I listened through each successive track, hoping desperately to hear a clean track without tuning issues, only to be sadly let down.

Let me be clear — Halogen seldom lets a seriously egregious tuning misstep fly (though the definition of "egregious" could be debated). And the group, which trades off on solos throughout the album, clearly possesses the pipes to impress; lead vocals were solidly above the average across the board. More than a few tracks managed to get a catchy hook stuck in my mind as well. Nevertheless, there are enough hiccups to make anyone with a reasonably discerning ear to pass over what otherwise could have been a pleasing collection of tracks. Halogen has too much potential to hold themselves back with such fundamental issues; here's hoping the next time out shines a bit brighter.

Now, when I'm asked to classify my religion as "Christian", "Protestant", or "Spiritual", I always opt for one of the latter because of my upbringing. Growing up in my small southern town, a true Christian meant one thing: proselytizing. Believing in The Word wasn't enough. You had to revel in it, make sure that everyone else reveled in it, and condemn all of those who didn't.

I hated greatly disliked the proselytizers.

That's partly my reaction to some of the tracks off of Halogen's latest release, Halogensis. As their website indicates, they are a true Christian ministry, with lyrics lifted straight from The Bible reinforcing the tenets that many people learned in Sunday school. The group comes close to damning the very unsaved people they want listening to their music. WRLD FM set a negative tone from the beginning, which I had to overcome so that I wouldn't simply disregard their music without proper critical analysis. Fishers of Men alienates on the first take, though subsequent listens revealed that the song is about becoming more understanding (I doubt if I could say accepting) of the "less worthy".

At their best, Halogen presents its messages metaphorically, like in We've Come to Worship, Fly, and Were You There — the best tracks on the album. These songs deliver catchy music, inspirational lyrics, and a love that is all-encompassing. We've Come to Worship is especially radio-ready, or at least should be scooped up by the next few Christian rock compilations that are all over television right now. Fly could actually be a CARA contender. It has an innocence that is captivating and showcases the writing ability of Joshua Olive. The cover of Were You There has some pitch and balance issues in the background (a problem that hinders most of the disc, especially in the upper tenor lines), but proves that Ethan Few's voice is a spectacular gift.

I really like Few's command of his instrument. As the lead of the group (Halogen is built on a barbershop part structure plus a vocal percussionist), his voice is ever present on the disc. And it is good. In fact, it's great! It's soulful and meaty when he needs it to be, light and pop-ish on occasion. He even has the kind of nice gospel ability that inspires reviewers to say of R&B divas, "They grew up soloing in the church.". Yes, he did. And we are grateful for that, because he developed the ability to do a fantastic job on Were You There. Few's also a great songwriter, penning most of the stronger songs on the disc.

I can't recommend this album as I did Rescue's The Difference, the last Christian album I reviewed. Neither the production nor the musicality is as strong as on that album. Too many chords simply don't lock like they should in a professional group, and the balance and blend should have been fixed in the studio. Lyrically, the songs aren't as complex as I would have liked, nor the music as interestingly arranged as I would expect from a group with as much classical talent as the members of Halogen profess to have.

Come on, guys, you say you draw inspiration from Take 6. I want you to prove it next time. I would have given you a 2 if it weren't for Ethan's amazing voice and the fact that you did mostly originals. I won't be as gracious next time.