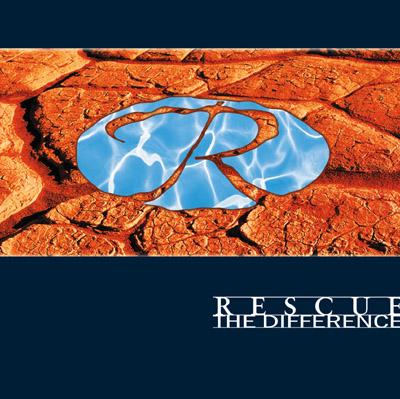 This is my second opportunity to review Rescue. Rescue is a Christian a cappella group with heavenly talent. They seek to glorify God through music, and they succeed. The Difference highlights the clear and beautiful voices of the men of Rescue and meaningful lyrics meant to inspire and praise.

Seven of the ten songs on the album are original pieces written by an assortment of group members and friends. The arranging is simple and pure. Jason Overstreet remains the motivating force behind Rescue. He arranged and produced the album, and was heavily involved in mixing and editing The Difference. The vocal percussion is tastefully done, and the album eschews heavy effects for the sweet natural blend of the group.

This time around, the men have wisely chosen chic black tops and khaki bottoms for their group photos. I would have liked to know who the soloists were. They give individual recognition to the arranger, vocal percussionists and songwriters. Why not the soloists? There are really great ones on this album.

Great job, guys. This is a solid album with a solid message, and a worthy addition to your a cappella collection. Caveat and reminder: this is a Christian album with a religious message.

Rescue has turned out a solid if unremarkable piece of work here. Listeners will get a well-tuned, well-produced album of mostly Christian originals. The production is quite strong, with tasteful effects enhancing Jason Overstreet's simple but effective arrangements. Rescue has a strong blend and sound on this disc (which makes me all the more sure their production stumbles on The First Christmas were a fluke) and there were numerous impressive solo moments. Without a doubt, these boys can sing, and they do it with a good amount of energy and vocal flair.

However, good voices and pretty harmonies aren't enough to carry an album. Jason Overstreet deserves a lot of credit for writing and arranging ten solid tracks, a number of which boasted some catchy hooks (I particularly liked the syncopated groove of the title track and the ethereal backup vocals on When the Chariot Comes). But over the course of the album, a number of the mid-tempo songs and ballads failed to distinguish themselves from the rest of the track list, and it was hard to maintain my interest after a while.

Additionally, the lyrics somewhat limit the potential audience for this album, with overwrought and melodramatic phrasing and metaphor. I have no issue with the emphatically Christian messages that Rescue is trying to express. But being intimately familiar with the Christian pop scene, I know that it is fully possible to express those themes in more subtle and engaging fashion. If Rescue can push themselves to new heights in their songwriting while bringing better lyrics to the table, I have no doubt their next album will be one to reckon with.

Music is said to be a gift from the heart and from God (or your preferred spiritual deity). On Christian a cappella group Rescue's album The Difference, they give us a product that contains a great deal of both heart and soul.

These five guys are excellent singers, songwriters and musicians. Controlled languid phrases in the ballads, cool use of jazz and pop structures in the more uptempo numbers, evidence of classical training, and crafty lyrics and rhyme schemes comprise a very successful recording.

For the bass freaks out there, you'll marvel at the natural talents of Tim Storms. This guy has got some low low pipes. And it's all him, as the album liner notes state the absence of octavisers (sic) on the album. Man. Add his name to the list of talented sub-woofers out there.

It is usually at this point in the review that many a journalist at RARB will state their preferences for or against religious music and/or whether or not it would be the reader's "thing". F' that noise!

I try to stick with the idea that music is music first and that there is something that you can get out of almost any song or album if you just listen. No, not everything is my cup of tea, but you'd be surprised what gems you find by deviating outside of your comfort zone. I'm glad that I do, because I can wholeheartedly recommend this album to ANYONE who enjoys music. It's really good.

For most of Rescue's songs, if you just substitute the references to Jesus or The Lord for "love", "baby", "girl", "boy" or whatever, you'd have strong general pop songs on this album. The songwriting even has some of the pitfalls of "contemporary" bands, with occasionally trite lyrical phrases and arrangements which don't capture the rhythm and feel of the song. The opening track So Excited (my least favorite) is a prime example as it fails to excite me on any level. And I am apparently a geek, so the "live" intro into I Choose You hooked me completely the first time I listened to the album.

I hope the guys take the pop band comparison as the compliment it was meant to be. Yes, Rescue is a ministry, but they are also a band that sings with passion and professionalism. They have the power to convert you — into an appreciator of great music.