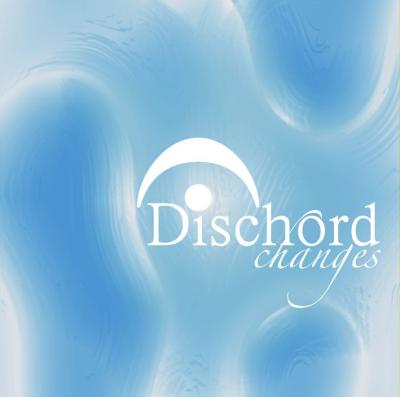 The University of Pennsylvania's Dischord is a community service organization. In this way they shine as an example for the good that a cappella groups can accomplish. I hate to criticize the musicality of a group which dedicates its existence to the benefit of others, but alas, my hands are tied. Changes is just a yearbook album. If you're already a fan, now you can hold on to those good feelings. If you aren't, Changes isn't likely to convert you.

Specifically, pitch and rhythm are poor. In the land of Autotune and beat doctor, the comparison with other groups is harsh. I suppose some might appreciate the semi-live realistic quality of the pitch and rhythm, but that's as generous as I can be.

Noteworthy hate/love song: The Way It Is. The most annoyingly clashingly insipid syllable choices open the song. This is followed by a surprisingly great lead by Jeff. An inspired arrangement (complete with Tupac quote) elevates the song's meaning and depth, and then lackluster intonation brings it all back down. What a ride.

If any of this intrigues you, buy the CD. It all goes to a good cause.

There is a marked difference in quality between the first two sets of tracks and the last set, and the group has definitely shown improvement over the three years or recording. So it is difficult for me to review this album and difficult for me to give it overall scores. Don't hate me, Dischord.

The first eight tracks are mostly abysmal. Pitch issues abound. Every single voice part goes painfully flat at one point or another (or throughout). There is no energy. It is track after track of blah. The percussion is a light accessory, harkening back to the early days of college VP.

One positive thing that stands out in those tracks is the group's nice tone and solid arrangements. There are arrangements that, if performed properly, would be absolutely beautiful. Eric has an interesting voice on It Ain't Over ‘Til It's Over and Kazuko is really the only one who sings out on her solo in Get Gone. But these brighter moments are plagued by tuning problems in the background.

The last five tracks sound like they were recorded by an entirely different group. Dischord opens with Holding Out for a Hero, which features a fantastic solo by Susie. The percussion comes out of nowhere with an awesome driving beat. The group follows with Sexx Laws which has great energy and solo (though the soloist goes flat on the word "chaperone" in most of the choruses).

Dischord then gives us two lovely female soloists: Jill and Jordana (the group's MD). Jill has a powerful low alto and any girls' group would die to have her in it. Jordana has a beautiful soprano voice. Unfortunately, the sopranos behind her falter a bit with pitch — this may be due to the fact that she is not there in the background to keep them on. The album closes with The Zephyr Song, which is nicely done and solid, but not particularly interesting.

In these last five songs, the arrangements maintain their high quality, and the group backs it up. So what to do in the final analysis? The group should really release the last five tracks as an EP. That is something I could recommend that you purchase.

Dischord. Wow, you've got to be careful using that pun to name your group. It sounds like this community service co-ed group out of the UPenn a cappella factory is moving towards being a group that can belie their name, but tuning is a serious issue on Changes, their debut release, especially on the earlier tracks.

The album was recorded over three years ('01-'03), and the tracks are arranged chronologically (first four from '01, next four from '02, last five from '03). While I don't think this is the best way to arrange a track list, it did save me time when it came to correlating the group's strength and year. The group is clearly getting better and learning with each year. The tuning gets progressively better, as do the energy and the soloists. Still, in order to get to the stronger tracks, you have to wade through all the shakier stuff first. The disc opens with poorly tuned exposed lines sung without enough energy, and although the energy eventually picks up, this is a bad way to open the disc. I'd like to hear them engage my interest with some of their stronger material first.

The group's greatest strength is their arrangements. They are interesting and complex without being too busy. They have good syllable choices, and they have a knack for building energy and motion in repetitious sections at the ends of songs (All I Want Is You and I Believe are good examples of this). Their version of Bonnie Tyler's Holding Out For A Hero is wonderful, although the soloist doesn't sing the anticipations in the chorus in order to match with the backgrounds, so it comes off sounding a bit square. While Beck's Sexx Laws is a little over-cheesed and Nice Dream and I'd Die Without You sport lackluster performances, Holding Out For A Hero, I Believe and Get Gone are great arrangements that show a lot of promise for Dischord's future.

Some other comments and a question: the percussion is a solid addition to each track, from the earlier live-sounding stuff to the later sequenced-sounding tracks. The recording quality is rather thin and tinny, and I'd like to hear them fix that the next time around. And lastly, I'm just curious how this group manages to sing a song with lyrics like Fiona Apple's Get Gone for underprivileged kids, but I'm going to give them the benefit of the doubt and assume they save that for the adult-oriented gigs. In all, this is a good start for the group. I'm excited to hear what they'll come up with next, given some time to hone their skills.