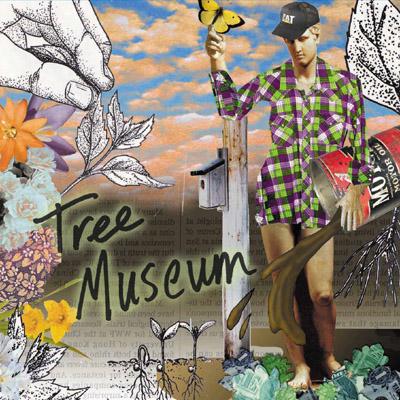 Oh look, another good a cappella album from a mixed group at Stanford. Mixed Company, the Harmonics, Talisman, Everyday People - talented singers must be hopping around Palo Alto like crickets. Good thing none of them suck. It's hard to remember who's who and which album is which, so a clunker could ruin things for everyone.

Tree Museum is quite nice, actually, and loads better than its predecessor One Light On. This disc has more energy, better music, and more personality. It's quite similar to Rock Beats Scissors, released recently by the Stanford Harmonics, but not quite as good. The comparison may explain why I'm not fonder of this new recording. It reminds me so much of the Harmonics' disc that it's hard for me to consider them separately, and in a side-by-side comparison Rock Beats Scissors wins.

Mixed Company is a little less cohesive than its campus colleagues, the sound a little more fragmented and patchy. Rock Beats Scissors was anchored by a big, beefy bass line and upper voices melding into the arrangements. With Tree Museum, I can't make up my mind whether the blend is hindering the arrangements or whether the syllables are screwing up the blend. Consistency is also an issue since the first two songs rock most and the second half suffers from some weak spots. I do like the sonic variation — some songs like Beautiful Stranger and When I Grow Up have a big wall of sound, while other numbers let in more daylight. And there is some risk taking here that pays off. You Set Me Free exaggerates the jarring syllables and turns that energy into a really effective performance. I Miss You has a daring female solo alongside a more conventional male lead, and the bridge gets really good mileage from an ethereal stack of parallel octaves.

One thing I don't understand — why would anyone cover the Counting Crows' Big Yellow Taxi remake? It's not so great with instruments and isn't helped by the conversion to a cappella. Couldn't someone have done her own Joni Mitchell interpretation instead? But that's neither here nor there.

To get back to Tree Museum, it's a nice new album that sounds about like you'd expect it would. Congrats to them for staying true to the Stanford sound, and congrats to those of us who like to hear it.

I'm mixed up about Mixed Company's Tree Museum. The album is musically solid, with interesting arrangements, warmly-layered chords, creative syllables and studio effects, and mostly good solos. So what's my problem? I have the feeling this album would have been on the mediocre side were it not for the wisened and creative hand of a certain Bill Hare. I read the liner notes before I began listening to the album, a practice I usually try to reverse, and I found myself thinking throughout the album, "There's Hare... Oh! — that was him again…". Anytime I heard some particularly creative arranging concept or unique studio gimmick, I found myself crediting Hare instead of Mixed Company, which could be totally unfair. So how much of the creative work is actually Hare's?

More importantly, does it really matter who came up with the arpeggio just before the vocally-percussed screen door slam of Big Yellow Taxi or the bottlecap vp popping of A Sorta Fairytale or creative references to other songs at the ends of When I Grow Up and The Scientist? Do we care if Mixed Company intended to convert the weak "beer neer neer" guitar solo in You Set Me Free into distorted, crescendo-ed coolness? Was it Mixed Company's brilliant idea to use an alto for Blink 182's second soloist in I Miss You? What if Mixed Company arranged A Sorta Fairytale to be yet another overkilled cover instead of the most gimmickified song on the album? This is why we hire producers, right? I should review what I heard, right? Not what I think may have happened?

The problem is that I wasn't wholly convinced that this was Mixed Company's album. Some of the arranging and studio devices felt incongruous, leaving me wondering if Bill Hare was just a little too good for this group.

Some clues — the technique and style on four of the album's soloists feels a bit too amateurish to fit with the quality and polish of the end result (Scientist, Taxi, When I Grow Up, You Set Me Free). Occasionally, vocal highlights stick out and are sometimes sung with under-supported tone ("try to get over on us" in Fairytale). Stripping away studio touches leaves a few arrangements bland and repetitive.

The studio work is excellent. Tricks like "megaphone" bad EQ that would be hoh-hum on other albums pop out like crazy under Hare's touch. Mega-lame "beer neer neer" guitar solos that would have flopped hard on other albums are converted into something cool by the Hare-inator. The general balance of voices is mature and effective; guys are out-of-the-spotlight workhorses that form a reliable backbone for each song while the women are arranged decoratively in ways that are fun to hear. Some of the effects are so well-tailored to arrangements that I wonder if Hare did some re-arranging during tracking (bridge of Big Yellow Taxi, sliding chords of The Scientist, various rhythm guitars of I Miss You).

Is Tree Museum good? Yes, but who made it that way? In the end, I'm willing to say who cares and just enjoy the album with all its incongruity. That's the beauty of being a listener — you don't have to know what happened in the studio, just what's happening on your stereo.

Stanford Mixed Company has produced a good album despite some average performances. Thanks to some fantastic production (especially with the vocal percussion), Tree Museum is a better than average album, but not incredibly so. If a more specific point scale were being employed than our five-point system, it would earn a 3.6 or 3.7, but since it's closer to a 4 than a 3, a 4 it is. Although each track shines with consistently good tuning, solid beats, clean cut-offs, and a decent blend, there is a notable lack of spectacular moments. No track features enough interesting singing to blow the listener away. No track reaches a true dynamic peak or crystallizes at a key moment such that the listener cannot wait to go back and hear it again and again and again.

The closest exception is the opening track, Beautiful Stranger, (Madonna) which is the best collegiate mixed-group track I've reviewed this year. A mellifluous, carefree solo by Maggie Sandoval is supported by the album's most lively dynamic moments in the backing voices, thanks to a great arrangement and, presumably, coaching by director Natasha Chen. An eerie, spacy atmosphere created with the help of some trippy effects (courtesy of engineer Bill Hare, who more than earns his keep, yet again) helps create a beautifully unsettling tension throughout the track. Although I have already mentioned vocal percussion twice, it deserves special commendation for this tune in particular. The steady shaker fits perfectly with thick claps; the result is one of the tighest grooves heard in the collegiate a cappella circuit.

Unfortunately, there were not many highlights to speak of regarding the other individual tracks. There were a few songs that earned a 4 (Run, A Sorta Fairytale, and When I Grow Up), and these boast a good, but not superlative energy. The songs that earned a 3 are all fine recordings that are lacking in apparent problems, but neither do they go anywhere interesting. To call these average is pretty accurate. There's an everyday quality to them that renders them forgettable.

On the other hand, it is an accomplishment to create an album with almost no embarassing or problematic moments, and Mixed Company does a commendable job of eschewing the typical collegiate recording problems. There is no hackneyed silliness or inside jokes, no weak arrangements, inappropriate syllables, or soloists who just cannot cut the mustard. In one sense, the album displays a remarkable maturity compared to many of its peers.

Ultimately, however, Mixed Company can do more. The group can clearly make good music — they need to set their sights on making unforgettable music. Hopefully, the album following Tree Museum will be closer to museum-quality than garden-variety.

To order an album, go to the group's website.