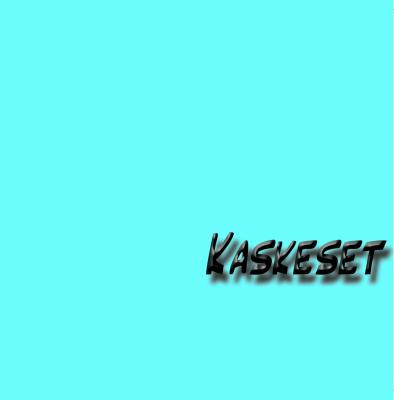 The Teal Album sounds ... untrammeled, as in untrammeled youth, that raw and dewy, optimistic state of promise and the future. As far as this album goes, it's plenty finished, with lots of studio gloss and a sense that these songs, at this particular time, aren't going to get any better. But the group sounds more forward-looking than that. Young, energetic and enthused, with the kind of sparkly enthusiasm that's hard to get on tape.

Sparkly enthusiasm is about the only thing that might make you want to listen to this disc more than once, unless you're a fan of the group or an Israeli pop aficionado. The songs themselves are pleasant but generic — on some of them, you could swap out Hebrew for Korean, Tagalog or Turkish without losing any of their omni-karaoke effect. As for the singing, it's just not quite there. Too many of the voices are fuzzy and nasal. The tuning is not where it should be, despite audible (and effective) studio help. And most of the songs have a square, forward-leaning beat that acts as a groove neutralizer. Perhaps it's the sincerity? The few songs in English are earnestly upbeat, with lyrics like "This is my home, this is my motherland, this is the place I want to be.". The Hebrew songs, as delivered here, sound like many of them probably have a similar content. Chipper sincerity makes for a fine philosophical statement, but it's not my favorite basis for musical expression.

But let's talk about the good stuff. Mima'amakim is actually pretty fun, with nice solo work. It follows V'ahavta, which was a solid choice to open the album, and anchors a relatively successful opening set. Balbeli Oto has some nifty high-soprano riffs anchoring its fun-if-cheesy beat. Mima'amakim and Balbeli Oto were both arranged by alum Mike Boxer, who has a pretty good feel for rhythmic layers that also helps the It Takes Three to Medley and several other songs on the disc. Generations, an uptune arranged by Matt Woolever, also moves along well. Kaskeset's material needs that kind of help — without it, a less fleshed-out number like Bless the Broken Road sounds particularly hollow.

Good texture can't un-flat some of the more egregious soloists, however, and it can't really convert enthusiasm into catchiness. The Teal Album isn't a bad piece of work, but for most of us it doesn't make the grade.

Kaskeset is celebrating its 10th anniversary with the release of The Teal Album, its fourth CD, and they continue to get closer to the album I desperately want them to make. Much to my chagrin, they're not there yet.

Last time, it was primarily the arrangements that did them in. Enter Mike Boxer, former group member, recorder/mixer/editor/arranger on some/all of Kaskeset's last album and the man primarily responsible for the slick sound and success of professional Jewish a cappella group Six13. After the opening V'ahavta, an enjoyable, smooth '80s pop arrangement by Eric Dinowitz of an otherwise unremarkable song, we get five straight from Boxer, and the group is lucky to have him still contributing long after graduation as his are the best arrangements on the album.

Mima'amakim is hands-down the best track with an arrangement that develops nicely and changes subtly from verse to verse. The two soloists do a nice job with both languages featured, though this is a song that cries out for a translation in the liner notes for those who don't already know it. Boxer's take on Yachad seems to draw inspiration from the Binghamton Crosbys (with whom he also sang in college) who are well known for incorporating "step" work as a percussive element in their singing. Beyond this hook and the repeating "chik-ing-jing" figure, it gets a bit repetitive. Ditto for Pia Patcha, which may just be a typo, but technically should really be "Piha Patcha" if we're transliterating properly from the Hebrew. Pia Patcha gets a bit repetitive especially at the end and whose soloists are alternatively too tentative and/or straining a bit for their notes.

On that subject, a word or two on song length and soloists: we all enjoy a repeated chorus at the end of a song, but Kaskeset perhaps enjoys them too much. On the whole, the multiple repeats featured here don't bring anything fresh to the arrangement or the sound so I found myself wishing for a few more songs in the 3-4 minute range rather 4-5 minutes. As for the soloists, I never thought I'd find myself saying this, but the soloists here are just not up to snuff. Kaskeset has a tradition of energy, even in the early days when their material and performances were less than stellar, but in some cases on The Teal Album, songs suffer both from lacking performances (Pia Patcha, Home) and from lack of energy (Balbeli Oto, V'ahavta, "Yehey", "David Melech"). Perhaps that explains why the solos are often mixed far within or behind the background block and almost overwhelmed. Suffice it to say that were it not for a pumped-up bass and vp anchoring a majority of the songs, I daresay this album would be a far less enjoyable and toe-tapping listen.

Boxer's adaptations of Six13 tracks are his only more egregious missteps — actually, "misstep" might be too harsh a word but he does little to flesh out and expand the original 6-man "boy band" style arrangements for this larger group and they accordingly feel a bit sparse (the verse of L'Cha Dodi being the exception as that part cooks no matter what). Still, his other work is generally better than the arrangement contributions found here. V'ahavta is an exception, but Kamah Od Efshar, Bless the Broken Road and Because are unremarkable and the second two-thirds of the somewhat non-sensical medley (What connects these songs? Even the musical transitions are forced.) are really lackluster.

All of that said, and despite some lower individual track scores than on their last effort, Kaskeset does continue to improve. A little more caffeine, maybe a bit more selectivity with soloists, and more arrangements of the Boxer variety and this one would have been excellent instead of just quite good. For now, it's another step in the right direction and I'll once again keep my fingers crossed for the next one.

Kaskeset, a Jewish a cappella group from Binghampton University has released its first album since 2005's Drop It Like It's Treif. Kaskeset translates to "fish scales", and the Bible states a fish must have fins and scales to be Kosher (according to the group's Acapedia listing with CASA).

My exposure to Jewish a cappella groups has been limited to coming across them in the various compilation albums out there. At times I've been overly impressed with the level of textures and sounds these groups have been able to create within such a simplistic song structure (usually verse-chorus ad nauseam). I've been equally disappointed and bored by similar groups in this style.

Kaskeset impresses and disappoints all within the walls of The Teal Album. V'ahavta begins impressively enough with sophistication perfectly at pace with selections heard over the years on the BOCA compilations. Balbeli Oto feels like a Gloria Estefan number (complete with Caribbean cruise ship feel), only in Hebrew. It's cheesy and fun at the same time, but for listeners who are not being held hostage on a cruise deck with a third frozen strawberry daiquiri in hand, it's pretty insignificant and forgettable. The remainder of the tracks are predictably hit or miss. Pia Patcha provides some nice moments of texture and mood, but by the key change you're left wondering "Again? Isn't this over yet?". In contrast, Hayam closes out the album with a toe-tapping, finger-snapping romp that soars and descends passing the theme back and forth between the male and female voices. I didn't want this track to end. In fact, the level of blend and balance between the voices in the group is a high point with neither overpowering the other.

Kaskeset's general group sound is forward and nasal, which seems to be appropriate for the style of music they're performing. The Teal Album, which is mostly sung in Hebrew, does have a few selections straying from the Jewish theme. A cappella Beatles staple Because is successful, yet Bless the Broken Road misses its mark completely with backing vocals straight out of a show choir horror movie. Bright, nasal, hollow, and possibly auto-tuned to death, Kaskeset may want to stick to the style of music they do best or make a bigger effort to change gears and styles on a dime. Mind you, this is not easily achieved.

Production is mostly appropriate (sometimes the backing vocals need to come through stronger in the mix) with the exception of the snare sound coming out of the vocal percussionist. It comes off as pinched and muffled, missing the audible, reverberating portion of the snare drum (the part of the drum called the "strainer" clamped to the bottom of the drum which gives it the "ffffffffff" sound). This may be a combination of factors (production and actual drumming technique), but Kaskeset should fix it to achieve a more realistic snare sound.

Groups singing in foreign languages and marketing their albums to English-speaking audiences should be providing word-for-word translations of their material. Musical groove, solid solos, and decent production only go so far, and my level of understanding and enjoyment of the album would have gone up significantly had this been included in the liner notes. Translations of the songs would only add to the reasons to buy the album for a consumer not fluent in Hebrew, and since providing it wouldn't take an enormous effort, it should become a standard for this group in the future.

There are some nice musical concepts being presented on this album, but since I can't understand the text in the Hebrew-dominated track list they fall unnecessarily on deaf ears. Kaskeset's The Teal Album may be Kosher in spirit and definition, but it's not quite ready for mass consumption.