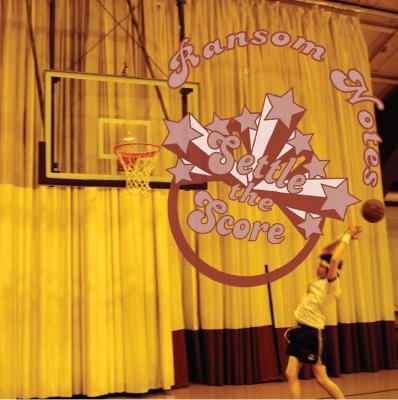 Based on reading their previous reviews, it seems to me like the Ransom Notes have stayed in pretty much the same place since their 2006 release, Throw Away The Key. Rough tuning, shaky rhythm, so-so soloists, and poor energy are still all a big part of the group's recorded sound. Unfortunately, while the Notes have been standing still, the rest of the a cappella world has improved by leaps and bounds. Mistakes that were "average" in 2006 have become album killers in 2009. The Ransom Notes have a long way to go if they want to get back in the game.

For me the biggest problem with this album is a lack of energy. Virtually everything sounds limp and lifeless. I would be inclined to blame the dull sound on poor song choice and order (the album opens with the super-plodding Bleeding Heart Show), but the truth is that even the songs which are supposed to be full of grit sound phoned in. You Know My Name, originally an all-out rocker, is reduced here to a lukewarm mess of muddy backgrounds supporting a soloist who sounds much too sweet for the style. On most albums, this might be considered average energy. The fact that it is by far the most energetic track here speaks volumes about how much work the Ransom Notes have ahead of them.

For Throw Away The Key the group received some praise for originality in their arrangements. I am sorry to say that originality is nowhere to be found this time around. This may again be a case of the rest of the community moving forward while the Notes stay static, but honestly hip hop medleys (Hip Hop III) and ABBA mash-ups (She Said) would have been cliché back in 2006, too. The arrangements are all very uneventful and predictable, making these outdated numbers that much more difficult to listen to.

I really can't recommend this album. My suggestion to the Ransom Notes would be to work on finding some more interesting material to cover, and to work on presenting it in a new and energetic way. Until then they are going to continue to be one-upped as the bar keeps rising higher.

The Ransom Notes look like a nice bunch of kids with good intentions. They have decided to cover a lot of artists I enjoy such as Ben Folds, The Everly Brothers, Sarah Vaughn, and The Beatles. That's about the last nice thing I can say about the group's recent album Settle the Score. It's been rare that I've received an album here at RARB as hard to listen to as this album was from start to finish.

Let's get to heart of the problems here, shall we? Energy and precision from the block are lacking big time. Initial attacks are half-hearted, and group energy on repetitive rhythmic grooves is lackluster. Consonants lack the crispness to convey the energy of the arrangements. Whether it's a "bah", "dah", or "zigga", the Ransom Notes fail to pretend it's the least bit interesting.

Perhaps it's because these syllables are not very interesting to sing within the context of the arrangements. Every song sounds the same. This has as much to do with the group's nonexistence of energy as it does with the repetitive structure of the arrangements. There are five different arrangers all arranging in the same boring fashion on this album. The thing that is missing is the ornamental instrumental lines that make these songs recognizable to the listener. That, and the arrangers' sense of build and climax. The Ransom Notes put quick and staccato rhythms where there should be slow and legato ones and vice versa. In the end, the songs become anti-climatic.

Dream is plagued by a poor start to the song in terms of tuning and execution. The "dream" section sung by the block sounds lazy and unsupported. This performance is one that could be expected by a beginning level high school choir, and not something the Ransom Notes probably want to be associated with. He Said (Ben Folds Medley), is the opposite of the ABBA Medley She Said. Get it? It's a cute concept, but the performances don't hold up. The tuning in this track is pretty unforgivable. It's the kind of tuning that is uncomfortable to listen to even in the privacy of your own home with no one around to be embarrassed for them except you. And that's pretty much the story from start to finish on Settle the Score. Tuning, arranging, and group energy.

Production is fairly natural and could stand to bring the soloists much further forward in the mix. However, there's only so much one can do with the sound being presented by the Ransom Notes.

Settle the Score and the Ransom Notes need a lot more practice before they plan on doing any scoring.

The first thing you need to know about Settle the Score is that it has three (3!) medleys. So, you know ... if you hate a cappella medleys, that's pretty much the end of that.

The second thing you need to know is that the medleys are actually the best parts of the album, so if you love a cappella medleys, you're in luck. Unfortunately, there are also full-length songs on this disc, and some of them ain't so pretty. The Ransom Notes have room for improvement in nearly every area, but I also believe that they show some promise here and there.

Let's start with the good stuff. As mentioned, their musical compilation tracks are actually quite enjoyable. Consider She Said, the ABBA medley. What's great about this particular track is that the arrangers (Nick Einhorn, Rebecca Phillips) understand that medleys are boring when they simply consist of five cut-down songs, one after the other. This track actually takes an overarching theme, Take a Chance on Me, and strings it through the entire piece. This makes the song feel more like a fully realized tribute and less like verses of a few songs Frankensteined together. The hip hop medley is similarly enjoyable, because it offers some surprising energy and decent soloists. Also, again, the transitions are well-arranged, making the piece seem fluid throughout.

He Said, the Ben Folds medley, is a bit less engaging due to a few pitch problems and mediocre soloists, but it still sounds like the group is having fun singing it. By far, the three medleys showcase the most energy and enthusiasm on this album. I'll bet the crowd eats them up when the Ransom Notes perform these live.

So I don't quite understand what's going on with the rest of these tracks. Why aren't the other arrangements up to snuff? There's a heck of a lot of nacho cheesery here, with some of the most grating (get it?) syllables you'll ever hear. There's also a distinct lack of fluidity displayed in certain songs. Among the worst offenders on the arranging front is The Way, which suffers from a complete lack of driving rhythm, blatantly incorrect chords in the refrain, and no transitions to connect the verse and chorus sections.

Other arrangements just display no creativity or thoughtfulness; Life on Mars, Broken-Hearted Melody, and Drive My Car could have all been much more interesting with more unique charts. I notice that there are many different arrangers contributing on this album. That's great! But if that's your desired structure, I'd suggest that maybe some of the more experienced arrangers spend some time training the rest of the group. Clearly some are putting out better work than others.

The Ransom Notes also suffer from some serious musical issues. Intonation is all over the place, especially among the basses. Sometimes, chords lock decently well (Bleeding Heart Show, White Rabbit), but other times, it's kind of painful to listen to. Further, the group needs to find its rhythmic center. Too often (and especially on tracks without percussion), entrances are sloppy and the singers never really get into a proper groove. It's hard to stay interested in a song when the parts aren't tight, so spending some more time learning to internalize rhythm would really help form a more solid sound. And finally, I have to say that if you're going to attempt a choral-type piece, I suggest spending some more time working on dynamics and phrasing. Everything in Dream is sung at a mezzo dynamic level, which isn't interesting. Little fixes will make a huge difference!

Ok, bottom line: should you buy this album? I say no. But to the group, I say this: You guys (and gals) sound like you have a lot of potential. I heard some great solo performances, especially out of Lila Newman and Anya Ciccone, and the medleys suggest that there's plenty of creativity to go around. What you may need is a more efficient and effective rehearsal process. Diagnose the problems and find ways of addressing them head-on. If you do that, and spend some time tinkering with Finale, I trust you'll enjoy plenty of success down the road.