Let's talk about BYU, a school which features two university-run a cappella groups (Vocal Point and Noteworthy) along with eleven current student-run groups. The student-run groups are lucky to get advisement, plus financial and services support from the university's official A Cappella Club. And now you can hear a diverse sampling of these Provo groups on BOBA 2014: Best of BYU A Cappella.

This is not your standard compilation album. Whereas most compilation albums are created from a submissions pool, the Club held auditions to select songs exclusively for this release. Ten songs from seven groups were selected, and arrangements were made for the seven groups to record the songs professionally. Previously to BOBA 2014, six of the groups only had live recordings and no studio-based products. The Club also received permission to include two already-existing Vocal Point tracks for the physical CD, and a digital version of the remaining tracks is available through the online music distributor Loudr. 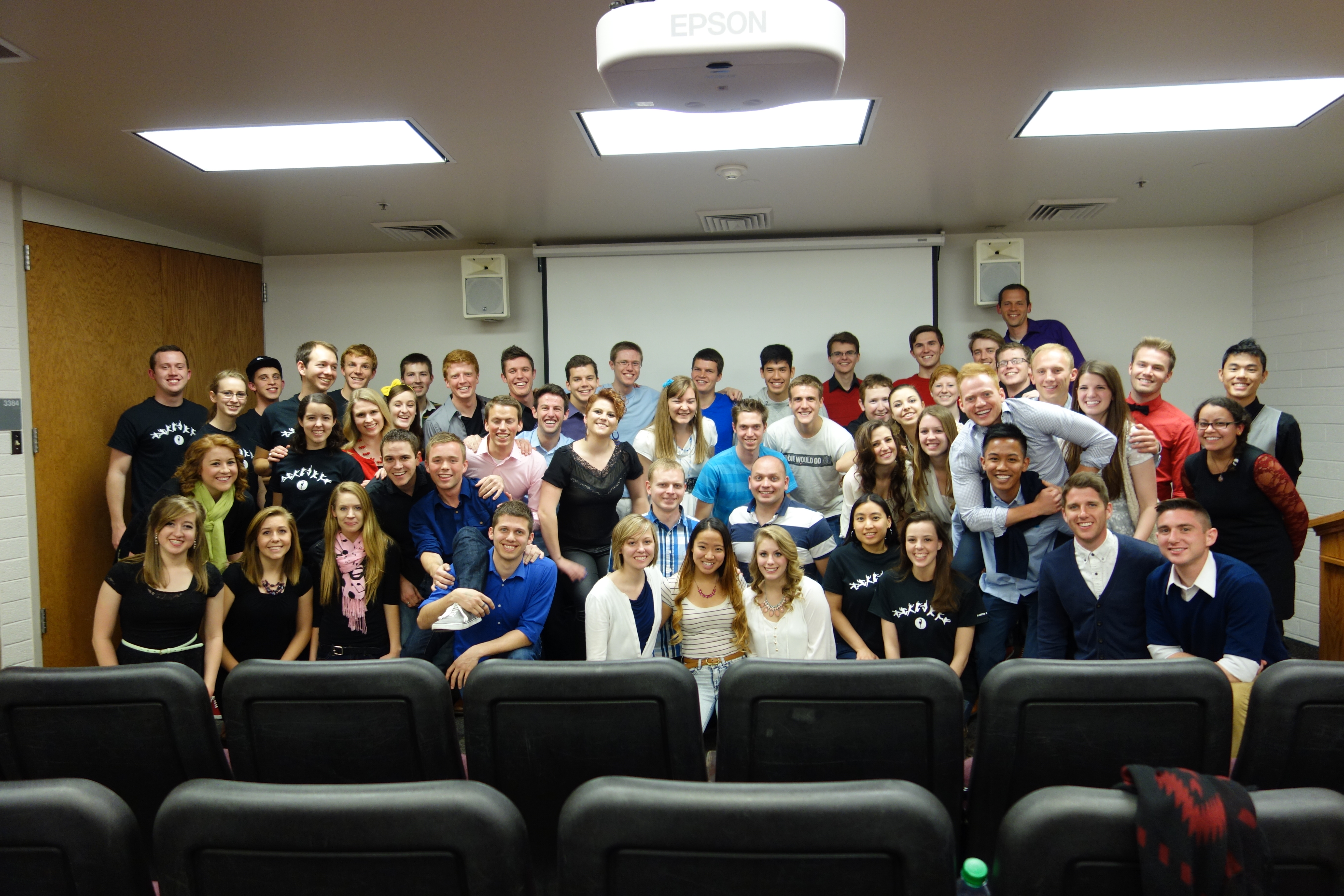 Group members from Attention, A Lotta Fermata, Beyond Measure, Familiar Ring, and Grace.

Though largely comparable to mainstream collegiate track lists and arranging styles, by nature of putting highly experienced groups next to inexperienced groups, there is an unevenness in quality for this first go-around. But the leads and spirit are certainly notable enough to recommend a purchase and request nationwide emulation from more campuses.

Some of the leads are spectacular. You'll fall in love with Marissa Quinn's (Noteworthy) commanding smoke and fire voice on Parachute, and sultry reprise on Say (All I Need). The guys working the microphones for all of Familiar Ring's numbers (When Can I See You Again/What Makes You Beautiful, Notbroken, Counting Stars) bring the necessary charm and then some. Kaitlin Purse (Beyond Measure) confidently owns her rendition of Burn, and Dave Brown's (Vocal Point) inspired lead adds depth and meaning to his work on Black Balloon.

With the logistics and fast turnaround time (kicking-off in January and ending in May), a project like this serves as a proof of concept model for BYU to do this annually, and for other schools to try it initially. But to create excellence, the BYU A Cappella Club needs to ask itself tough questions with plenty of lead time. If equal performance time on the release was not required, did BOBA 2014 include the best songs? Some groups received two-three tracks on this release, others only one, a final group none. Is the order of presentation the best? BOBA 2014 ends with two high quality Vocal Point tracks, which are also the darkest on the album and change the mood from the work's beginning significantly.

Here's a big area of consideration: the difference in studio quality between the Vocal Point tracks and the rest is noticeable, with a more hollow studio sound present before Vocal Point makes its appearance. So what's the production plan for 2015 to create better sound continuity? If there's Club finances to support it, outside a cappella editing — both for the arrangements and in the mix itself — would create more audio consistencies for the smoothest product. And finally, could more collaboration among the groups create an even bigger, cooler project, like a special full-Club number with all the singers, or a unified chosen theme for the release?

BOBA 2014 is a good reflection of BYU a cappella life, with a promising start to a new tradition.

Groups appearing on BOBA 2014 include: Familiar Ring, Noteworthy, Asymmetric, Attention, Up Beat, Grace, Beyond Measure, and Vocal Point. BOBA 2014 is available on Loudr and iTunes

For even more BYU a cappella, visit the BYU A Cappella Club YouTube Channel.