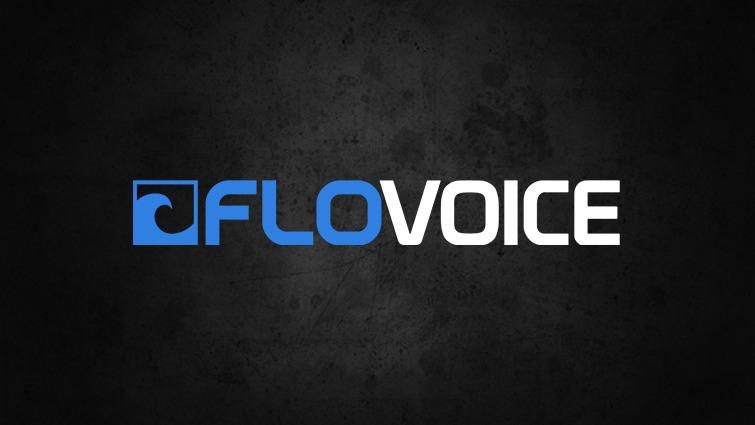 It's a rare instance where the world of contemporary a cappella intersects with the world of professional sports, aside from performances of the U.S. National Anthem and the very occasional "Monday Night Football" opening. That perspective is changing with the creation of FloVoice, one of the latest channels within FloSports.

FloSports is a subscription-based service founded in 2006 that began with broadcasting traditionally non-televised sports such as Olympic-style wrestling and track and field. Since then, FloSports has created over 25 subchannels of content, including other performance arts with a competitive element, such as marching bands and dance.

Evan Feist is FloVoice's Senior Editor/Lead Content Producer and is responsible for its regular content and features, acting as the channel's "voice". Amanda Cornaglia is FloVoice's Senior Manager of Rights Acquisition and Subscription and is working on the background necessities of providing content with copyright restrictions, among other duties. I recently spoke with both of them about the genesis of FloVoice and their future plans to grow the channel.

I think the best place to start would be the beginning. Where did the idea of FloVoice begin, and how does it fit the business model of its parent company?

Amanda Cornaglia: The idea for FloVoice actually came from within FloSports. For 10 years, the company has been completely sports focused. They work with sports that have rabid fanbases but lack mainstream coverage. The Floreani brothers competed in wrestling and track and field through college and once they realized that most of their connection with sports would end with graduation, the idea for the company came to be. They started with an old van and a camcorder, driving to events themselves.

In 2016, they started a channel for FloMarching, which expanded their thinking to Voice. Their initial interest was in competitions, which ties it back to sports. They did their research and reached out to potential subject matter experts who could help launch the channel. They found me through LinkedIn and after a few phone calls, flew me to Austin for an interview.

I was thrown in a room with about eight managers, all with sports backgrounds, and proceeded to unlock the full landscape of vocal music for them. I was offered the job by the end of the week and made some recommendations for my team. Evan was brought on board for content, so he's the driving force behind the articles and videos that go up on our site daily (for free). My job is to develop relationships with event directors and make it possible for those events to stream under our premium content. As the site grows, so will our team. It's exciting to think that we'll be growing professional opportunities just by sharing what we love.

The merging of sports and music is certainly not going to come without its challenges. However, there is a lot of crossover when it comes to passion. Passion for something wonderful that, for whatever reason, remains just under the surface of popular culture.

I wish we could say this idea came from within the community, but it didn't. But, in a way, it makes it all the more exciting that we are breaking out of our insider bubble in a new way. Our ultimate goal is to turn our standout performers into celebrities and make the events legendary.

Your first major event was recently held, when you live streamed the finals of the 2017 Harmony Sweepstakes. One downside of that, however, was the fact that it could ONLY be viewed live, and not in any form of delay. Is "tape delay" viewings of events something we will be able to look forward to in the future?

AC: While it's disappointing, “tape delay” is still a ways off. Unlike bootleg streams on Facebook Live and YouTube, FloVoice procures all of the licensing, which only covers us for the live stream itself. Licensing for on-demand video is currently prohibitively expensive. We will, however, have extensive content available on our website permanently.

That said, we are working on ways to legally archive live events. We'll shout it from the rooftops if we are able to secure it.

Evan Feist: While archiving events in our library (to be available on Roku, Apple TV, and flovoice.com) is in the works, our team makes sure to bring the audience as much backstage/behind-the-scenes content as possible to further the experience at the events.

Are either of you able to go into more detail about the content that will be made available?

AC: As live events go, we are hosting the A Cappella Academy Showcase on July 8 and the Irish International A Cappella Competition on July 15. We have several more in the works and should be able to announce them soon!

EF: In terms of non-live content, FloVoice is your voice and we want to bring you the exclusive performances, interviews, how-to videos, (and other topics) that you want, so let us know! We publish an average of 3-5 pieces of content a day and have some really exciting things coming up, so make sure to check in with FloVoice every few hours and certainly follow us on Facebook, Twitter and Instagram.

Evan, can you give us some specific examples of why fans should be following you? What can our readers go check out once they're through reading this interview?

EF: We have exclusive instructional videos, like this one from US Beatbox Champion Rizumik, [web] series such as Backtrack’s ACA-DIY, backstage/behind the scenes access from Broadway’s first a cappella show, exclusive world premiere videos from groups like the Swingle Singers, and much more, including exclusive interviews, event coverage, and listicles.

Your events and postings to date have fallen squarely under the infotainment banner. Are there future plans or even interest in presenting opinion based content, such as concert or album reviews?

EF: I’m more interested in curating and facilitating a conversation of other’s opinions than presenting my own. I would characterize FloVoice as vocal Buzzfeed meets vocal Netflix, infotainment, edutainment, access, and exclusivity.

Understood, but I'm talking more about presentations of reviews and commentary independent of you. An example would be a review of a recently released album or video, similar to what RARB does. To highlight one of your examples, Buzzfeed has plenty of other people's opinions involved in the content it presents. Any plans for filtering that into what you do?

EF: I certainly don't want to step on any toes. We do what we do, others do what they do. I want to support, not compete, and would hope/expect others to do the same. I would love to partner with someone like RARB to, for instance, put out a digest of reviews.

Both of you are involved in non-FloVoice related projects at the moment, an example being the upcoming second edition of Broadway Goes A Cappella on July 10th. That's something that seems to be tailor-made for this channel, but is there an inherent conflict of interest that exists if both of you are "part of the show", and would that factor into future programming choices for the channel?

AC: We'll probably do some coverage of Broadway Goes A Cappella, but yes, we are careful in how we cover our own events and projects we are involved in to avoid major COIs. Basically, it better be super newsworthy if it involves one of us! Challenge accepted.

As for other projects, I've really been enjoying working with Elle Brigida on AcaDivas. A lot of really great stuff planned there. Snowday has a few more videos coming out soon, too.

Besides that, just trying to keep on my Clear Harmonies projects in the off hours from Flo! And maybe having some kind of social life sometimes. Maybe. Oh, who am I kidding. I mean sleep and Netflix.

Speaking of super newsworthy, the proverbial Holy Grail of competitive a cappella, Varsity Vocals, will be holding their new Open competition this summer, which will hopefully reoccur alongside the spring seasons of their college and high school level competitions. One word answer: are there negotiations taking place for broadcasting these particular events?

AC: Complicated. We would love to have Varsity Vocals events on FloVoice.

One last question. Like any other news source, we love exclusives and late-breaking news. What do you have for us that's ready for the general public that hasn't been announced, discussed or otherwise published? Give us a scoop!

EF: Here's a scoop that hasn't been announced yet: we are going to start playing games with various professional aca/vocal folk (such as those you see on "The Tonight Show with Jimmy Fallon" and other late night shows).

The next major broadcast event for FloVoice is the A Cappella Academy Showcase concert on July 8, 2017. You must be a subscriber to see the live events, so go to flovoice.com to find out how you can see this and other events, plus the free content mentioned above.