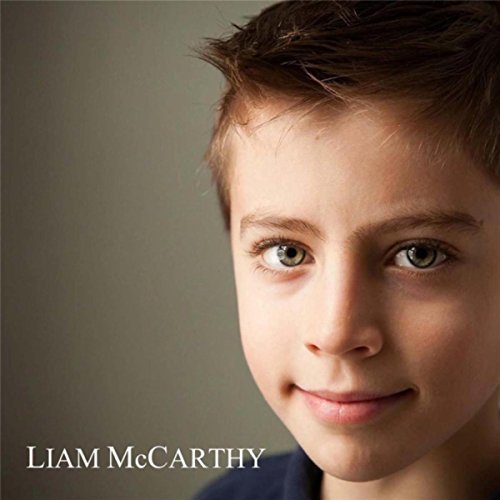 Liam McCarthy has the kind of ethereal, floating-cloud, unchanged voice that would be right at home with the Vienna Boys' Choir. At age 11, Liam recorded a self-titled a cappella album with performances of sacred and serene music for those who fancy classic works elegantly and simply delivered without production enhancements, showcasing his clarity and range in a natural setting. The recorded pieces include traditional offerings such as Pie Jesu, Ave Maria, and Nessun Dorma.

Now a teenager, Liam lands paid "boy soprano" gigs with regional ensembles in the Pittsburgh area, including the Pittsburgh Opera and the Pittsburgh Symphony Orchestra. Liam was recently selected to play the role of Miles in Opera Columbus's upcoming performance of Benjamin Britten's The Turn of the Screw. RARB interviewed Liam with the help of his father, Patrick McCarthy, to discuss Liam’s first album, his vocal music training, and his current performance interests.

Who had the idea for your first album and what was the rehearsal and recording process like?

Liam McCarthy: The idea for the a cappella album happened over time, about a year. I had my first solo performance of Bernstein's Chichester Psalms with the Westmoreland Symphony Orchestra in 2015 when I was 10 years old. After that I started getting asked to sing solos for a lot of symphonies. My Dad had the idea to record my voice. I was really excited about it, but nervous, too, because I never sang in a studio before.

The rehearsals were a lot of hard work. First I had to memorize the songs. I practiced them for about a month before going to the studio. We recorded the songs with Hollis Greathouse at Audible Images recording studio. I didn't know what to expect in the recording studio. I went to the studio with my Dad, my vocal coach, and Hollis. My first song was Ave Maria. It felt like my first solo performance did. Before my first breath, I felt like my heart was going to jump out of my chest. Once I started singing the nerves fell away. The rest of the songs on the album were just really fun to sing. We all had a great time. Now, I really like singing in the studio. I can't wait to make another album.

Who are your musical influences?

LM: My greatest influence is jazz musician Sam Brooks. Sam and I met when I was 9 years old. He is a both a jazz performer with his band and a solo recording artist. Luckily he is a vocal coach, too! He and I have been working together for four years. Both his coaching and his playing inspire me to be a better musician.

You still have a daytime gig — how was 7th grade?

LM: I like school, but I have so much happening outside of school it's hard to find time for homework. Last year was extremely busy. While we were making this album, I also sang in the opera Turandot with the Pittsburgh Opera, which was fun because I got to sing with an opera singer performing Nessun Dorma. I sang and played a street boy in Carmen at the Pittsburgh Opera. I sang Just Like Me as a soloist for David Benoit during his winter tour. I sang Chichester Psalms for the Johnstown Symphony Orchestra, sang in Amahl with Resonance Works and at the same time sang all year with the Pittsburgh Youth Chorus. Now, still in summer, I'm practically booked through Christmas. Even though I'd rather be singing, I know that schoolwork is something I have to do to be successful.

Where do you hope to take your music next?

LM: I really like singing classical and opera works a cappella. We are in the process of planning a second album now. I hope it can be done for the holiday season. I also like performing. I would like to sing for more symphonies and operas. I liked singing with David Benoit and would like to perform more with other jazz, pop or even rock musicians. The good thing about music is that there's lots of it!

Liam’s self-titled debut album is available on iTunes and Amazon, or stream this release on Spotify. Tickets for Britten's The Turn of the Screw are available for purchase at Opera Columbus's website.