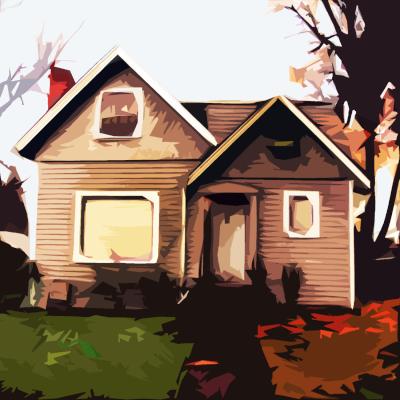 It was bound to happen sooner or later. Standards of excellence are hard to sustain and, especially on the collegiate level, attrition due to graduation can wreak havoc. Sure, there are exceptions ('Bubs, anyone?). But more often than not, groups have peaks and valleys no matter how much you may wish they wouldn't. The University of Oregon's On the Rocks were certainly near or at the top of the mountain for a while. But whether it's the turnover in personnel and talent, or a certain level of complacency/lesser work ethic that sometimes sets in, or any number of other reasons, they've definitely slipped a bit from their perch with Alder Alley.

In the "old days" — OK, that's maybe 6-8 years ago — OTR was the complete package: a group of uber-talented guys who could sing, who brought the energy and the passion all the time, who had a real commitment to the studio experience, who made interesting artistic choices, and who strove to live up to the top-notch arrangements provided to them by Tom Anderson of Random Notes.

What's missing this time around? It's hard to put a finger on one thing specifically — it just all seems like it's a step slow, a fraction less energetic, a bit more cheesy, a tad too legit, a smidge sloppier and just a bit passive overall. Of course, with a gifted group of editors (Alex Green, Tony Huerta, Jeff Eames, et al) and mixing and mastering from Bill Hare, you're going to get a fantastic "sound" pretty much no matter what. And mind you, Alder Alley gets nearly straight-across 4s from me, so this is by no means a terrible, or even a run-of-the-mill album. But where you want it to be great, it's just good — and that's disappointing.

What's perhaps even more unsatisfying is that the group squanders some terrific arranging work from the always-reliable, (almost) always-interesting Anderson. For me, Anderson is at his best when he gets to play in a jazz and funk vernacular and there are numerous examples — Secret, Get On Your Feet, Lover Lover, Cry Me a River — where he gets to show off his chops here. Sadly, OTR doesn't live up to the material he's provided them. Sure, they sing what he wrote, but it's generally flat and robotic — not words I can recall using to describe OTR anytime recently. Only on Bridge Over Troubled Water do group and arrangement coalesce to produce something pretty spectacular (even overcoming a bit-too-nasal and Broadway-esque solo in the process).

To be fair, I did put "almost" in parentheses above and that's because even Anderson has the occasional hiccup and there are a few selections here that aren't quite up to his usual standard of brilliance. Cry Me a River is certainly inventive, but in that almost endless invention, it comes off as a bit disjointed and unfinished. Of course, many groups would kill to have anything from Anderson, even on an off day, so I'm being a bit nit-picky. And OTR's hackneyed repertoire choices don't do him any favors either — even he can't come with anything all that interesting to do with Paradise.

I'm not writing off OTR altogether just yet. They've been too good for too long to fall off my radar that quickly. But Peter Hollens, who still produces their albums, needs to give these guys a swift kick in the rear if they're going to re-ascend to the heights of their former glory. Selfishly, I sure hope they do.

The University of Oregon On the Rocks has a penchant for what I like to call "happy-go-lucky" a cappella. So even when these guys are singing a ballad as emotionally charged as say Bridge Over Troubled Water or Chris Issak's Wicked Game (part of the Wicked Ghosts medley), they leave you with a positively sunny disposition. Like there are rays of light shooting forth from every pore and orifice of the performer's body. So after a while the music starts to become a bit saccharine and toothache-inducing. That's definitely the feeling you get with Alder Alley, their latest release. You enjoy it by the earful to the point of overindulgence when you first listen to it, but man, are you going to pay for it later.

The tracks that epitomize this "Up With People" take on collegiate a cappella in a good way include Keep Your Head Up and Get On Your Feet. Both songs just exude this optimistic mantra of succeeding when faced with life's obstacles, with a bright and peppy production quality and performance. How can you not feel obligated to abide by their rules when delivered in such an earnest fashion? Nothing can go wrong — you can accomplish anything by staying positive and motivating yourself by moving and grooving. Great music, right?

Where it doesn't work is on most of the rest of the album. Tracks such as the aforementioned Bridge and Wicked Ghosts plus Cold as Ice don't succeed with this bright and sparkly treatment. The emotional pathos has been completely removed from the performance, so they come across like your best friend singing late night karaoke. Fun for a good time out on the rare occasion. Yet, the style completely captivates me on Secret and This Time. I don't know why, but I love these two tracks.

Which means that overall the album is good. It's just not as great as I've come to expect from these seasoned veterans. Granted, in the decade plus that I've been listening to the group, the personnel has changed a lot, but the quality hasn't — until now. With other groups upping their level, it's hard for the various kings of collegiate a cappella to maintain their thrones. The soloists aren't as strong as they were on previous albums. Tom Anderson's arrangements are still amazing, but as before, I don't think they sync up well with the ability of the group. And sadly, there are no original tracks. As I've said in the past, On the Rocks has the potential to create one of the best collegiate albums of original material. So while I didn't lower their score for the lack of original songs, I was anticipating what they were going to offer on this album and then was disappointed when they didn't deliver.

Long time fans will enjoy this album wholeheartedly. Alder Alley will probably even pick up some new fans for the group. But for people who are looking for a little more depth in their recordings, this isn't the album for you.

The last album we heard from the guys in the University of Oregon's On the Rocks was A Fifth, with their gone-viral rendition of Bad Romance and a whole slew of impeccably arranged, energetic pop and rock songs. Alder Alley continues that same tradition: On the Rocks has again sourced most of its arrangements from the infallible Tom Anderson, and that partnership works in their favor, since these arrangements sit right in OTR's wheelhouse.

Of course, it would be unfair to the On the Rocks guys to give all the credit to Tom Anderson's pen (sorry, Tom!). These singers deliver some of these arrangements beautifully — there's not a note out of place or out of tune (OTR alum/founder Peter Hollens, who recorded and produced the album, should get some credit for this as well). Some of the phrasing here is lovely: the dynamics of Cry Me A River start off well and work seamlessly with the arrangement to build each section into the next. Soloist Luke Snyder's phrasing is great at the beginning of the song, but he sounds like he's holding back a little bit towards the bridge and end; I wish that he'd channeled a little bit more passion there (incidentally, I also wish that On the Rocks had credited this song correctly; it's credited to "OPB Michael Bublé" when in fact the song was originally written by Arthur Hamilton and popularized by Julie London in the 1950s). There are two medleys here that are nicely delivered. The Deadmau5/Chris Isaak mashup Wicked Ghosts is seamless; On the Rocks executes this as if it is truly one song, not a jigsaw puzzle of two. More to Love (Bad Company/Queen) is not quite as smooth, but the back-and-forth between songs at the track's end sounds as though you're flipping between stations on a radio, which is an interesting effect, but not one that lends itself to repeat listens.

On the Rocks is certainly best on Alder Alley when it's at its most energetic. Cold as Ice is a fiercely fun arrangement and performance, and the unlikely Get On Your Feet is hands down the best track on the whole album. Who knew a bunch of college guys could channel their inner Gloria Estefan so compellingly? Tom Anderson deserves another set of kudos here for this phenomenal arrangement, and soloist Jeff Rogers deserves the same for his phenomenal lead. Keep Your Head Up is a great way to start the album.

Slower songs fare less well. This Time has some beautiful moments but overall just lags; even the dynamics here can't keep the song from seeming repetitive. Paradise is equally repetitive, and more dynamics certainly would've helped, but some of the tedium comes just from the song itself. Can't Take My Eyes Off You (notably, one of the two songs on Alder Alley not arranged by Tom Anderson) doesn't fit with the style of the rest of the album — it feels like an old arrangement that the group dusted off here, although there is a really cool breakdown section that feels hip and modern, if a bit incongruous with the rest of the song. Speaking of incongruity, Bridge Over Troubled Water is an odd choice to follow Cold as Ice, although once the awkward transition passes, the song is lovely.

A special note of admiration for vocal percussionist Alex Horwitch (and vp editor Ed Boyer): the percussion on this album is fantastic. It's just intricate enough to keep things interesting (there's an intriguing rum-pum-pum-pum beat towards the end of Bridge Over Troubled Water that keeps that song marching forward when it could run the risk of lagging otherwise), and yet not so complex that it becomes distracting. The percussion on Alder Alley is the one thing that's 100% solid on every track, no question. (I know I don't get a vote in Alex Horwitch's future, but I hope it involves drumming professionally. Seriously.)

It's hard not to compare Alder Alley to A Fifth, but there are some notable differences. On A Fifth, some of the downtempo tunes were the album's highlights (I still listen to their version of Helplessly Hoping), whereas on Alder Alley, the group couldn't quite nail those slower songs universally. A Fifth featured three(!!) originals, which were great. I was looking forward to hearing more original music from On the Rocks, but Alder Alley is all covers. But the biggest difference is just that with a few exceptions, these songs are not great from top to bottom. There are some issues with dynamics or soloist choice or delivery that make each track a little disappointing, and On the Rocks never really achieves the WOW that they hit with A Fifth. Ultimately, Alder Alley is still pretty good, it's just not quite as great as A Fifth.