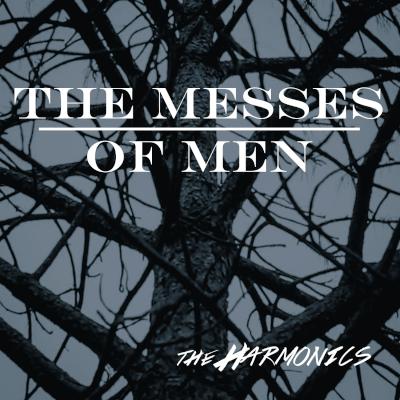 Advice for listening to The Messes of Men — skip the first track and head straight for the magic of Feeling Good. From Claire Thompson's solo to Chris Goetz's multifaceted arrangement, it's everything I want in a modern a cappella song. This track opens with an attention-grabbing duet, builds into a choral melody and evolves into a full-throated pop song. It makes the most of dissonance and silence, giving its phrases a beginning, a middle and an end. The intro is wonderful and makes the interior of the song that much more interesting, with textures and high notes and other notable touches.

In contrast, Centuries is one big fat wall of noise. I find no fault with the performance, it just follows a musical approach that feels loud and dated. Also — and perhaps I should blame Fall Out Boy for encouraging this — there is no reason to shout the Tom's Diner refrain at the top of your lungs unless you are on a road trip with a van full of middle-schoolers.

Bartholomew is my second favorite cut on the disc. It has a rather jubilant approach, two and a half minutes of poppy Southern Rock delight. It feels like a song that doesn't take itself too seriously and wants to have a really good time. I can sign up for that. Can't Be Saved is quite fun too, with sort of a Maroon 5-Jason Mraz likeability in Jace Alexander Casey's solo. The crashing percussion feels a little gratutitous, but I enjoy it anyway, and the basses are doing really fun things underneath some of the block chords.

The Messes of Men ends with more loud, the unsubtly named Decay. With truth in advertising, its loudness doesn't grate on my nerves quite as much as the opener, but let's face it, suburban nihilism is never really going to be my thing. If it's yours, you might enjoy it.

In sum: The Harmonics from Stanford University present five well-sung, tightly rehearsed and excellently produced tracks. I like three of them. Your mileage may vary.

The Harmonics offer another Big & Loud alt-rock release with The Messes of Men, in a head-bangin', highly stylized eighteen-minute EP.

The album art for The Messes of Men is decidedly moody: all black, white, and gray, and all of the music that's inside is decidedly moody, too. We receive songs that are absolutely full of growling, shouting choirs, and leads who wail about pain and power. Fall Out Boy's Centuries opens the tracklist, with a refreshing male/female duet injected to add a new vibe. And so our stage is set, and remains the same. If you like this kind of music, you get eighteen minutes of it. If this isn't your scene, there are no ballads, or even lighter tunes to tickle your fancy. The Harmonics came to bust up your ears, not your heart.

Obviously this full-on approach just doesn't work if the production isn't thumping underneath, and I assure you that there's plenty of boom and bam on this album, courtesy of Russell Kamp (who is also credited for the absolutely explosive vocal percussion), as well as Bill Hare. Again, The Messes of Men is for a certain audience, and these singers nail what they're after, with the exception of Can't Be Saved, because the lead's angry sound is a bit too wobbly. Really, I think only a select few collegiate groups could tackle Bartholomew, because it's an ensemble piece without a main lead, that requires everyone to sound like they're actually the main lead. And I think only a select few collegiate groups could tackle Decay, because you've got to blend triple-forte-scream-chords, and sound convincing doing so, and oh yeah, have a frontman like Chris Goetz, who could definitely fill in for any under-the-weather metal rockers.

If this is all your thing, The Messes of Men will really be your thing.

The Messes of Men boasts stellar production quality and has the signature rock vibe from beginning to end that we expect from The Harmonics. Clearly rock enthusiasts were kept in mind as every track feels energetic, and heavy on both percussion and bass. While I enjoy much of it, I think The Harmonics made a smart decision in producing an EP, as a full album of this fare might have come off as a bit "well-done".

Having reviewed the previous release Midnight Hour, I'm no stranger to the talent that this group produces. The Harmonics have a knack for consistency. Production is always top-notch and both Russell Kamp and Bill Hare made sure to keep the tradition alive here. One of my qualms with Midnight Hour was minor inconsistencies in production between various tracks; The Messes of Men feels more unified on that front.

Centuries suits the group as it feels full of life. Fall Out Boy tracks are no easy feat, making the choice to arrange the song as a duet a wise one. The dynamics contrast throughout the track to match the tone of the lead as well as the natural build of the arrangement.

The opening of Feeling Good is dramatic and full, setting up the remainder of the track nicely. It's a bit rock, a bit James Bond, and a whole lotta intense. Can't Be Saved is a bit lacking compared to the previous tracks, but it's the first time on the EP that I actually feel emotion from the backing group. It also does a great job of incorporating pauses mixed with enjoyable harmonies, which is refreshing for a rock EP.

Bartholomew is raw with fierce emotion and really brings a strong focus on the group sound. Decay is my favorite track as Chris Goetz commands the lead, with a backing group that matches his energy and creates by far the fullest sound of any track on the project. I won't ruin it, but prepare yourself for the bridge!

Oddly for this genre, The Messes of Men sometimes sounds youthful, with a tone from the singers that's too young for rock song conviction. This shows up in parts of Bartholomew, or moments when The Harmonics are in unison on the album, or even performing group harmonies with the lead, or simply going for an anthem-type feel. It just pops up throughout. While there's nothing wrong with exuding youthfulness, this rock album isn't the appropriate place to hear it.

The Harmonics also suffer, at times, from matters of balancing leads with everything else. The opening tracks feel very soloist and bass heavy. It isn't until the latter half of the EP that I feel a connection with the backing group, most evident in Decay.

While I have concerns with The Messes of Men, The Harmonics continue to deliver exceptional rock material that places them in the top column of collegiate rock groups. I hope the group continues advancing its sound, which always leaves me eager to hear the next release.

The Messes of Men is available on Amazon, iTunes, and streams on Spotify.