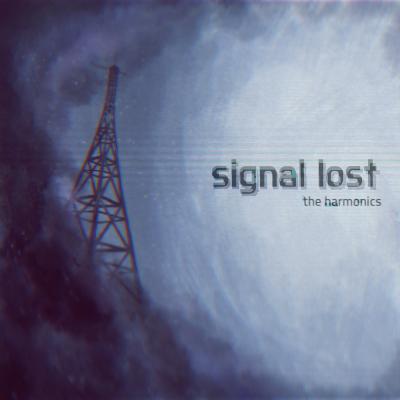 Signal Lost wins my support on the strength of its powerhouse solos. Mitchell Zimmerman knocks Believer out of the park and shows his chops on the Wicked medly, while HannahZoe Chua-Reyes sings White Flag for all it's worth. Possibly more.

College a cappella gravitates toward a rock repertoire that necessarily eludes me on some fronts. I do not relate musically to the Into Oblivion: Champion / Oblivion medley, also the Fallout Boy remix lyrics propose that "I was born a car in '94, the world started me" and that's the year I joined RARB. I feel like my college a cappella years are only five years ago and yet the group I founded at my own alma mater is well old enough to rent a car, fee-free.

This is probably why I have the strongest feelings about Zombie, the song that most closely tracks to my generation. I like the stark intro and choral outro very much, but I do not care for the verses or the way the bulk of the song builds, largely because it feels too contemporary to my set-in-their-ways ears. I have a feeling this is a me problem. Arranger Río Padilla-Smith won my heart one track earlier, with a terrific setting of I'm In Here, a song I do not think would otherwise interest me. Great arrangement, worth your time.

I'm a folkie, so of course I like Devil's Backbone. Lauren Ramlan sings the stuffing out of it, with a gorgeous tenor harmony from the sterling Chua-Reyes. I could do without the electric guitar line and also the glamrock kick drums, but I suppose they do set off the soaring soprano backing nicely — Padilla-Smith arranging work, again. Ambitious settings, yet suited to the singers at hand. Jane Lange is the other main arranging sensibility on this release, also bringing a good balance of novel, musical, and doable. Zack Cinquini and Lily-Zimeng Liu round out the arranging cadre and are also quite good.

Superb singing is a pretty strong selling point for an a cappella record. Signal Lost shows there's a lot to be found.

For a group that's been around for as long as the Stanford Harmonics, and whose work I was once pretty familiar with, I'm amazed it's taken almost twenty years at RARB for me to have the occasion to review one of the group's releases.

Is it comforting, then, that the angsty, angry, err-on-the-side-of-loud, alt-rockers that I remember seem to still be going along as solidly and in-your-face-y as I remember them?

But whether it's my memory that's hazy, or it's the repertoire choices and/or arranging techniques that once seemed innovative now being more commonplace, or perhaps a general raising of the bar in all facets for collegiate a cappella over the intervening decade plus, the Harmonics can still bring it but their "schtick" doesn't quite impress me as much as it once did.

Don't get me wrong: these folks can still turn your readiness for an explosive chorus on its head via a sudden, exquisitely quieter moment, as they do at the first chorus of Halsey's Haunting. They are still terrific at completely subverting expectations of tempo and feel, as they do in the opening verse and chorus of Zombie. And even if the choice is one I don't entirely love — as is the case with the lush, expansive treatment of Devil's Backbone to name one of a few — it's a conscious and considered choice which, taken on its own terms, is well-rendered.

But even in those creative highlights there is a certain degree of formulaic-ness. That moment in Haunting happens soon again in the bridge of White Flag. The richness of Devil's Backbone is what it is even if not my personal preference, but the speed with which a similarly fragile I'm In Here gets big and strident and full-throated is much harder to accept. The first mashup is reasonably well-conceived with the songs dovetailing nicely, even if Ain't No Rest for the Wicked is stripped of its particular rockabilly sensibility. But with the second mashup, the pairing feels almost lazy and the arranging is uninspired even if the two songs still fit together pretty well.

OK, so while I like work by many of the artists covered here, maybe I'm just not a fan of all of these particular song choices. Or maybe when grouped together, it's just too much of the same for my personal enjoyment. That's possible. If you peruse the track list and find yourself excited by the group's repertoire, there's a better-than-average chance you will very much dig this album.

But if you're listening a little more intently, I think you may find, like me, that while there are moments of inspiration, there are many moments of sameness, and a few too many moments of excess. Of excess volume. Of swagger substituting for sophistication and complexity. Sure, thanks to the manifold talents of Bill Hare, the whole thing sounds spectacular. And that's nothing to sneeze at. But for me to once again want to pay attention to the Harmonics as intently as I did in the days of Rock Beats Scissors, I'm going to need them to blend their abundant attitude and lung capacity with a comparable measure of nuance and variety.

I'm not sure how it's continuing to happen, but whatever The Harmonics put out, I'm here for it, absolutely living for it. Mama's happy. Who's mama, I don't know. But happy nevertheless.

All kidding aside, the latest release by these crazy cool kids at Stanford is spellbinding at times with only the occasional yikes and ews. While remaining firmly entrenched in Alterna-pop land (that indie collegiate radio station of decades gone by), Signal Lost doesn't reflect a group of lost souls at all, wandering through the wilderness trying to find home. If anything, it's just the opposite. Much like Gestalt from the University of Florida, The Harmonics know exactly who they are, what they are, where they are, and why they don't give a f*ck if you like them or not. Granted this album is much more mainstream than the more experimental and avant-garde Fault of Imagination from 2017. Using acuity, The Harmonics gained accessibility without sacrificing artistry.

The standouts of the album are the soloists and the production elements. There is a chilly distancing permeating the album, and yet I couldn't help but feel totally engulfed by the music and the sound. I often use the term "atmospheric" in my reviews, but that word doesn't do justice in this particular instance. There is a complete environment that The Harmonics have established here with the help of Bill Hare mixing and mastering the tracks to the Nth. Clamp some earphones on (notice I didn't say earbuds) and you'll be transported.

Arrangers Rio Padilla-Smith and Jane Lange are responsible for really stirring the pot of innovation with this album with the two tracks Zombie and Believer respectively. Padilla-Smith takes Zombie and completely bangs up the genre and the result is breathtakingly brilliant and refreshing. As well, they both tackle the massively deranged mashed-mixes on the album. Lange's For the Wicked: Say Amen / Ain't No Rest for the Wicked is master storytelling, melding the two tracks seamlessly. It helps that Mitchell Zimmerman and Zack Cinquini have similar enough vocal timbres. Though Zimmerman is a bit more milky smooth in his middle/lower register, they both wail like banshees blasting out of Hades in their upper screeches and I swooned. I don't like the original (or the DeltaCappella arrangement that I sing all that much), because it's so repetitive and straightforward and Lange shatters that with intricacy where needed without being excessive. Into Oblivion: Champion / Oblivion is just as interesting; it's not sung as well overall, but it's still pretty great.

There are clunkers on the album that either start well and don't go anywhere or are simply a little too plodding and perfunctory. But they don't take away any enjoyment from Signal Lost.