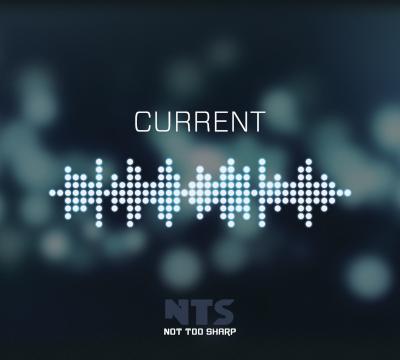 Not Too Sharp (commonly known as "NTS") has come a long way from the group's early barbershop days back in 2003. Packed with plenty of style and charisma, CURRENT is a mix of mostly high-energy and well-polished current hits. While NTS mainly goes by the book with many of these selections, it all culminates into a fun experience with plenty of good singing.

For starters, the physical album is a good testament of what to expect from the music. It has an eye-catching design with complementary colors. The text is laid-out with appropriate mentions of everyone involved throughout the entire process. And the music itself has such a clean sound, with credit going to both The Vocal Company and Vocal Mastering for their hands in the production.

NTS opens strongly with Sail. The electronic feel of the original is conveyed properly by the vocal effects and rhythm section. What's most impressive is the soloist's range and style that feels so natural for the track.

Contrasting the opener, the group has a knack for delivering softer tracks as well, especially in both Sleepless and Tenerife Sea. The former is an original song by Jim McCann that's both light-hearted and rhythmic with plenty of active backing parts. With some improvements being made towards intensity surrounding the bridge and natural build-ups, the song is nearly ready for airplay. Regarding the latter, Tenerife Sea is more on the soothing, pop-rock side. There are some great moments of control and pacing, with well-placed harmonies, too.

One song that fuses softness, inventiveness, and a bit of modern style all-in-one is the James Taylor classic Fire and Rain. From the opening sparseness that allows the soloist to shine all the way to the ending section that almost feels freestyle, NTS delivers a balanced and outstanding update on a timely song.

While much of the album remains near a softer and mellow side, the group does offer a strong contrast with tracks such as Cheerleader, Can't Stop, and an interesting rendition of Budapest.

Cheerleader is the breakout party track of the album with a great deal of liveliness, especially from the horn section. Can't Stop is a bit heavier with the effects, mainly stemming from the distortion, but it showcases the ability of NTS to recreate a group's signature sound. The major appeal of Budapest is how NTS uses the whole group to showcase rhythm, not only through the percussionist — something I wish the current collegiate scene would take more advantage of.

CURRENT features a well-structured and polished sound, better than a lot of other albums I've heard recently. I'd caution NTS to constantly be aware of natural energy and dynamics throughout production. At times, the sound begins to feel a bit one-dimensional. Though Not Too Sharp has a few kinks to work out dynamically, this group will more than keep your attention with a lot of engaging takes on CURRENT.

A music director I know once told me that to give an audience a satisfying listening experience, you need to give them three things: something they want to hear, something they need to hear, and something they can whistle on the way home. This philosophy has served me well over the years. CURRENT, released by the University of New Hampshire's all-male group, Not Too Sharp, manages to find this balance as well.

CURRENT takes the interesting arrangement style and driving energy that made the group's previous album Haywire stand out, and drastically improves the production value. Combined with a majority of fantastic song choices, CURRENT is electrifying. Sail and Can't Stop are aberrations and don't work well because of over-produced distortion that drops the energy, but this is the exception, not the rule. Stay With Me and Wagon Wheel fall solidly in the category of "songs I want to hear" and are fulfilling in that respect, but the real bright spot in this area is Fire and Rain. Not only does it start with a beautiful build from a single voice to a trio, but the rock-influenced percussion and arrangement, though subtle, give it new life.

For me, this album's biggest strength is in the "songs I need to hear" realm. These are songs I didn't know I was missing out on and enriched me for having heard them. Sleepless and Tenerife Sea alone make CURRENT worth the purchase. Sleepless grabs you by the temporal lobe and doesn't let go — the arrangement ebbs and flows masterfully without ever becoming too busy.

The album closes with Shut Up and Dance. This, along with Cheerleader, leaves a smile on your face and a tune on your lips. If I had to nitpick, besides Sail and Can't Stop, I'd say that the soloists tend to be a little subdued. They sound fully committed and engaged to what they are singing, yet unwilling to fully express it. Less pretty, more passion. Other than this, Not Too sharp has definitely stepped up its game with CURRENT.

Ah, the yearbook album. There's just something calming about hearing a musical photograph of what a group has accomplished recently. I love these albums, because you never know what you're going to get, but you know it's going to be filled with songs that really spoke to the group. It's probably going to sacrifice innovation for fun, but that's a trade that I enjoy hearing groups make. In the case of Not Too Sharp, we're presented with this type of album. With CURRENT, the boys from the University of New Hampshire offer an above-average yearbook album that sounds great, is well-polished and a lot of fun, but lacks a certain level of innovation and daring that keeps it from the greatness that it could become.

Let's assess what's great and not as great. Sail is a bit of a risk, and even more so as an opening statement. The original version of the song by AWOLNATION is very digital and features a good deal of voice-hurting screaming. Therefore, when I hear the version presented here, I'm glad that the integrity of the human voice remains. Unfortunately, this vocal preservation sacrifices some of the impact that would be presented by a more digitized version. As an opening statement, it leaves me confused. It's one of the weaker tracks, and none of the other ones have this type of sound. For a random stylistic outlier on a yearbook album, this track doesn't have an optimal spot on the tracklist; however, I still would have moved this track later in the album.

Next, let's look at Sleepless, Fire and Rain, Stay With Me, and Tenerife Sea. All four of these tracks are roughly the same. They're all ballads that somewhat feature the same general amount of calm ambiance. I'm a sucker for these types of ballads. Across the board, these four tracks have very solid arranging, courtesy of both members in the group and outside professionals. However, there's a reason Tenerife Sea gets a higher score. In my opinion, this track simply has a more defined ebb and flow to it. The crescendos and diminuendos are a bit more defined, and they help the group shape the story better. There's also some glorious use of ocean sounds scattered throughout the track, and it adds just enough presence to the story without being overbearing. Finally, it should be noted that Sleepless is an original composition by member Jim McCann, and very well done. I could listen to an entire album of songs like these. It's a little selfish to wish that Not Too Sharp puts out an entire album of this sort of ambiance, but I'll accept these four tracks and hope that I hear more of the same in the future.

Finally, there's two more tracks that should be noted. When Not Too Sharp gets going, Cheerleader and Shut Up and Dance are just fun. No yearbook album is complete without a bit of addictive fun, and these two numbers deliver. I really like these songs because of how many musical ideas all wind up occuring at the same time. Generally, a lot of tracks become the solo, the background melody and counter-melody, with percussion and bass driving the beat. These tracks seem to have a few more parts —  Cheerleader adds a couple auxilliary trumpet parts, and everyone just has fun. It's the musical equivalent of standing in the middle of a dance party on the beach, and I'm loving every second of it. Shut Up and Dance doesn't go to this same extreme, but the fun remains. The setting changes from the beach to a night club in the city, but I still want to dance.

Overall, CURRENT is nothing more than I expect from a yearbook album. There are good moments and not so good moments. There are some very strong musical moments, and some musical moments that ultimately go unnoticed because they are neither groundbreaking nor painful to listen to. My hope is that the boys from New Hampshire find the sound that best fits them, and really explore it. In the meantime, this is a great album to keep in the library and listen to occasionally for an easy smile.