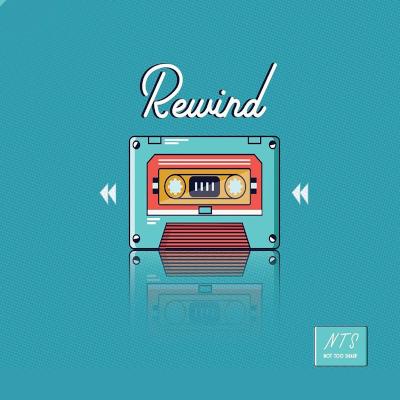 Rewind is a very perplexing album. On one hand, the group has the fortitude to handle older rock classics with conviction and style, and on the other, the singers struggle with more current songs and even more popular classics.

When the gentlemen of Not Too Sharp are really rocking and grooving it's absolutely worth a listen. Unfortunately, when the group misses the mark, it falls into the category of average. Viewing Rewind as a whole, a lot can be chalked up to energy and conviction. When Not Too Sharp sings with both, the track truly benefits. When one is absent, tracks generally have a tendency to suffer.

Blame It on Me, Walking in Memphis, Man in the Mirror and Sinatra Medley end up being the casualties of the album. While each track has its own faults, my general consensus is that the songs simply lack feeling. It's as if the group has performed these tracks a hundred times and the excitement and gusto has departed. Some of it can be attributed to a need for more fine tuning in the production to really make vocal lines pop. More importantly, it just feels and sounds as if the group is holding back.

While these tracks are a bit lacking, the rest of the album is actually quite promising.

Not Too Sharp has a knack for delivering spiritual-feeling numbers, which is evident in Amazing Grace and Lonesome Road. The blend and cohesion on both tracks are phenomenal, as Not Too Sharp flows through chord progressions and dynamics as if they are a part of the group's very fiber. In both songs, you instantly feel the emotion and connection to the music without hesitation, and both showcase some stunning quartet and trio moments.

Similarly, the group is sensational at recreating true rock moments, whether they are songs from the 1980s or 2004. Not Too Sharp excels with active vocal backing parts when the group is rocking out in Your Love and 1985. In Your Love, I truly get the sense that Not Too Sharp is working in perfect harmony to sell an 80s classic and it all feels epic. With 1985, there's the nostalgia of early 2000s rock with a hint of pop that the lead effortlessly sells and is furthered by the backing vocals and production.

For me, it all comes down to identity. When the singers of Not Too Sharp know what they want their songs to embody and how they want to make their listeners feel (such as with the more solemn numbers and rock classics), they strike gold. But, if they try and walk the line, well, that's when things really start to detour.

The group has promise and I believe that these voices can deliver so much more than what's demonstrated on Rewind.

Not Too Sharp's latest offering presents a smattering of tunes bound to evoke some nostalgia. But part of the difficulty of covering classic, well-known songs comes from capturing the essence of what made them so timeless while leaving your own stamp on them in your renditions. Despite a few extremely bright spots, as a complete album, Rewind consistently falls short of achieving this task.

The songs that Not Too Sharp covers well are truly excellent: namely Blame It on Me, 1985, and Your Love. The arrangements are bustling with interesting rhythms, occasional chord substitutions, and color tones. Blame It on Me is filled with life via its constant yet not overbearing rhythmic interest in its background parts. Instrumental sections like the ones that precede the verses in 1985 are handled as opportunities to create something musically interesting rather than as obligations to the original song. These are accompanied by a snappy percussive section that adds drive and energy. In the cases of 1985 and Your Love, in particular, entire sections are enhanced by employing a feel change not present in the original. The various facets of each track work in concert to create fun covers with individual replay value.

Unfortunately, the rest of the album doesn't carry these qualities, and some of the aspects that made the aforementioned tracks so excellent are severely lacking in the others: distracting vp choices not in concert with the rest of the arrangement, a lack of rhythmic and dynamic interest, and long sections that don't develop and therefore feel obligatory. For example, the various sections in Amazing Grace build just incrementally, don't explore extremes, and take a great deal of time to unfold, magnified by the fact that the majority of rhythms are long and without contrast. Among the solo, backgrounds, and percussion, Walking in Memphis does not feel like a unified track and lacks the qualities of what makes it a favorite of many. Neither has the sort of soul that its original implies, nor do they display an original, stronger choice by the group. These tracks and others with an average rating don't take you on a journey and are occasionally too long, which makes album flow particularly arduous.

That said, what Not Too Sharp does well is truly terrific. For an album filled with classic tunes, a few of which are very strong, Rewind is a solid listen.

When last we heard from Not Too Sharp, the men from the University of New Hampshire gave us an album that was simple, yet fun and well-executed — 2015's Current. With Rewind, I expected roughly the same. Overall, I am not disappointed. The album title is mostly true, as many of the tracks are older, with Sinatra Medley coming in as the oldest at over sixty years; Blame It on Me is the sole modern number. This album has an amazingly high ceiling with some breathtaking moments. However, the difference between the floor and the ceiling is jarring.

Overall, the fun is infectious when applicable. Blame It on Me is a glorious opening number, riding that line between manic and controlled. The interweaving between all of the different rhythmic patterns is flawless, keeping everything driving forward while still letting soloist David Landry shine through. 1985 has the same feel of fun, just in a different presentation. This is the type of song that you can expect the group to sing to get a crowd energized. It's not meant to dazzle the audience with feats of rhythmic complexity or amazingly colorful chords, but the excitement is tangible through the speakers.

Conversely to the upbeat tracks, there are a large number of slower pieces. It's not necessarily a bad thing. However, in this case, the album has four tracks that all operate in the same mental space of heavily-chorded ballads. Consider Lonesome Road. Jamie Saucier's adaptation is well done, giving a large number of very impressive color chords. This is the type of ballad I could see being done as a song of brotherhood to close out a semester of hard work. It's a bit repetitive, but the sincerity is noteworthy. This track compares in many ways to Amazing Grace and Because. All three of these tracks operate in roughly the same listening space — the themes are just very different across all three. However, as a listener, these three tracks become a bit blended together. There is less overall song direction in each of these — the chords are solid, but the climax is missing in some cases, or the build isn't as strong as it could be for the climax. I could be content with one or two of these tracks at a performance. However, after so many of these numbers, the listener becomes slightly desensitized to the nuances of each of these performances.

There is one ballad that absolutely deserves praise. Hurt is one of the best tracks I have heard this year. The emotion from this track is almost greater than every other track in the album combined. The lyrics address the pain of addiction. There is not a second in this track that the pain and agony are missing. Whitman Constantineau's solo is gut-wrenching and powerful. Tenor solos often have high notes that come across as almost begging or screaming to get the point across. Constantineau's baritone solo operates in a darker and lower register. Therefore, to get that same impact, the build has to be flawless. Every voice adds a new element, whether it's a new rhythm, volume, or color tone in the chords. You can hear the soloist having that internal struggle with himself. The climax isn't this moment of grandeur. Instead, it's almost the perfect anticlimax, where all of the struggles fade away instantly to a moment of clarity and acceptance. Jim McCann also really outdid himself with this arrangement. Despite the message this song brings, I always have a little smile on my face. It's just that good. Even if you don't buy the rest of the album, buy this track. It's worth it.

There's nothing bad about Rewind. However, there is a significant drop between halves of the album. The brighter uptempo tracks become a bit more muted later in the album, and the ballads go from stunning to simply pleasing. Perhaps some of this is from the highest points being so high so early, but there could be more to keep the energy going across the board. The ballad-heavy song choices prevent the album from staying as energized as the beginning — the eventual ending is met with a nod of approval rather than a jump to start the album again. The music here is very much within grasp for Not Too Sharp, but it's not quite there yet.