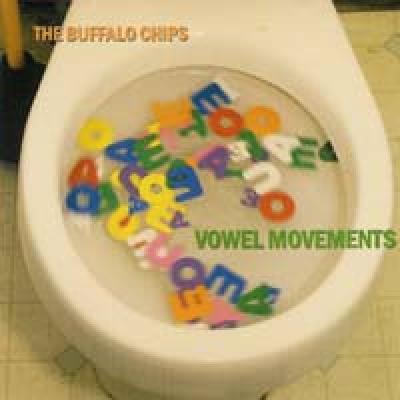 Since this 5.1 Audio DVD showcases not only some quality a cappella, but also some low-grade cinematography, I was limited as to where I could enjoy it. I grabbed it for a long road trip only to realize (whoops!) ... can't play that in my car. I took it into work only to realize (whoops!) ... I have to download a DVD decoder for Windows 2000 to play it. I sat down with my 5.1 DVD Home Theatre system at home and realized (ugh!) ... this isn't the place, or the way, that I want to listen to an a cappella album.

I was surprised, and a bit delighted, to see that I actually knew the majority of songs recorded on this album. My experiences with college a cappella albums lately have been with songs that are unfamiliar to me, which isn't necessarily a bad thing; it's just nice to get a little old-school flava once in a while. This album showcases some moments of great energy (You Can Call Me Al) and some great individual performances, like the guy who whistles in Regulate. I also enjoyed John Taylor on Don't Cry and Matt Shelton on Ordinary World.

What these guys do best: syllables. They use fun syllables that make the consumer actually want to sing the background lines before the solo! In Ordinary World, the background sings what sounds like: "Take-a Santa Fe, Take-a Santa Fe" and in "Island of the Sun" (I think): "Jay Gotten Jen, Jay Did di Jen". Now, we must all wonder who Jay and Jen are ... great writing, guys!

My biggest pet peeve about the album is that it sounds flat. I wanted more creativity, more production, more low-end, more driving percussion ... just more. This album is good, but it could've been so much better! I'd like to see the soloists come out of their shells a bit and let loose. Some of the solos sounded very uninspired, almost exact regurgitations of the original artist.

The Buffalo Chips also released this album on CD, a format which would be more practical for most listeners (including me). So while I don't see this venture as practical to a cappella consumers, I do applaud them for completing the most recent technological "Hey! Look what we can do!" album.

"I definitely got the feeling that very little was left to chance on this album." My 2003 review of the Chips' One Eighty-Eight criticized the album for lacking energy. Otherwise, the album was creative, thoughtful, and well-executed, almost to a fault, though it earned my pick of the year. In choosing to record their next album in Dolby Digital 5.1 DVD format, The Buffalo Chips have expanded their neurotic quest for Total Musical Control from just two stereo channels of 16-bit, 44.1 kHz sound to five-point-one stark-raving mad channels of god-only-knows-what-sound-quality. I expect their next album to plug directly into my cerebral cortex via some yet-to-be-invented virtual auditory machine from a SonyPhilips joint venture.

All the musical basics are accounted for. Intonation has been intonated. Rhythms have been machined to micro-second precision. Nearly all stones have been turned. It's like watching a robot build a BMW. Fortunately, the soloists, generally skilled and mature, are reminiscent of humanity, with some decently enthusiastic performances. The rapper in Regulate pulls it off. The straightfaced delivery of a Sir Mix-a-lot line in Hard to Say Goodbye is hilarious, as is the unidentifiable honking sound in It's All Been Done. Though most syllable choices fit their songs, combinations like "jay got in jen, jay dated jen" (7) and "turkey santa fe" (11) are overboard. Guys, it's time to stop recording and make a Taco Bell run when your syllables start sounding like junior high love notes or cafeteria sandwiches.

Listening to a cappella in surround sound on DVD is ten times the sonic experience of stereo sound on CD (read more about the DVD format in Jonathan Minkoff's article here). Vowel Movements between my eight Bose speakers was enveloping in a way that even being surrounded by live singers couldn't match. DVD has huge potential for large group a cappella, where textured arrangements and polyphony are perfectly adaptable to the surround sound format. DVD is the future.

Unfortunately, Vowel Movements' musical tracks don't realize the dream. The album hints at a very exciting world, but the Chips fall short of visionary by simply not taking musical advantage of the media. You Can Call Me Al and My Lovin' have bouncy instrumental bridges and heavy use of panning but are the only songs that begin to grasp the potential of surround sound. I was disappointed with a lushly-verbed Ordinary World that didn't inspire producers to deliver the multi-channel trickery it deserved. The construct/deconstruct arrangement of Opera Singer was neat but underdeveloped. Though the album's arrangements are quite good for stereo sound, the album seems content to sprinkle a few surround sound chords in intros, bridges and endings. Lastly, blend and balance are occasionally skewered when voice parts are split among eight speakers.

Each anal-retentive vowel movement is tightly planned on the album's musical tracks, but The Buffalo Chips put the "V" in DVD to show that they're still fart-joke fun. Incredibly hokey visual and sound effects adorn a "time travel" movie about the founding Chips. The overall quality is lightyears below the music tracks, but even so the movie and outtakes are college-guy funny. The DVD comes with grainy video footage of several live performances and several pseudo "karaoke tracks" — i.e. no soloist but also no helpful bouncing ball or lyrics.

To the Chips: enough is enough. On your musical tracks, you've achieved Total Musical Control. On your video tracks, you've shown you've got personality. Let's see you do both at once.

I'm trying hard to avoid the most obvious references in describing The Buffalo Chips' album Vowel Movements. My initial excitement about the opportunity to review an album recorded in 5.1 surround sound with accompanying video footage has quickly faded.

The fact that it's 5.1 is irrelevant. There's nothing more interesting here than on any other poorly mixed, stereo collegiate album. The benefits and creative possibilities which 5.1 presents are almost completely ignored.

In the performances, there's not much to stand on either. The overall course of the album is disorganized and damagingly eclectic. Arrangements are dull and pedantic. Soloists are barely adequate and sing with less enthusiasm and inspiration than I've heard in a long time. Tuning comes and goes, but the biggest problem is that the singing is just not very musical. It's static and staid, square and stilted — badly enough that I can't figure out whether some of the songs are legit covers or parodies. (Regulate, My Lovin' (Never gonna get it), It's So Hard to Say Goodbye (to Yesterday))

The DVD live concert portion is equally disappointing, both in content and presentation. It will remind you of your old Uncle Bill's family reunion footage from 1989 — blurry and poorly lighted with shaky and amateurish camerawork. And the audio isn't any better.

The movie portion has mildly better camerawork, but I couldn't get the audio to function despite repeated attempts to view the DVD on my laptop PC, desktop PC, Macintosh, and two dedicated DVD players. The extra movie clips appear to be based on typically cheesy skits and inside jokes. It's clear the group members think it's very cool and exciting, but I don't think anyone outside the group would really agree.

There's also a karaoke segment, which might be tantalizing if it contained the actual studio cuts by the original artists minus the solos. But who really wants to sing along with below-average, stylistically impaired, a cappella renditions other than former Chips reliving the glory days of their pseudo-rock star college past?

If you've been waiting for your first multi-media collegiate a cappella extravaganza experience, keep waiting. This one isn't worth it.

CDs are $10 and DVDs (with 5.1 surround sound and other extra content) are $15, available through the Buffalo Chips website.