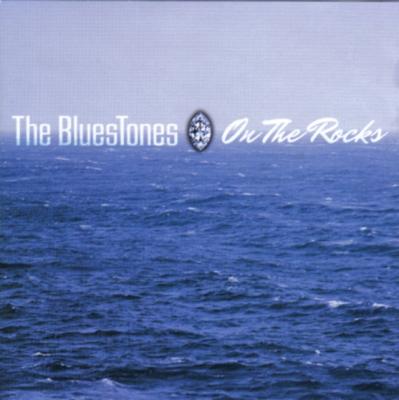 Not that the following were ever in doubt, but On the Rocks from the JMU BluesTones proves a number of things:

On the Rocks is truly a mediocre effort from this group of women which has some very talented soloists in their midst, but as an ensemble, it has delivered an album that is disappointingly flat, if not in pitch, then in energy and in interest to this listener.

The biggest culprit is unquestionably the arrangements, which are formulaic at best — a bed of Casio-like percussion + the most basic of bass lines + one unision rhythm in harmony with maybe an occasional ornamentation + solo — and non-existent at worse, as in the case of If I Ain't Got You which, but for the U2-inspired opening, feels literally like a transcription of the chord chart on "dum" and "oo" with a synthed up bass and snare to set the rhythm. There really isn't a "good" arrangement to be found on this CD, the closest perhaps being Come on Over which, despite some voicings (and perhaps even harmonies) in the verses that felt wrong, at least has some texture and syncopation and variation to engage the listener. But others like Black Velvet which strips this terrific song of all of its feel by featuring a droning, monotone bass line and an arrangement that sits squarely on the downbeat; or Mama, where the "D" in "doo" and "dah" becomes overly intrusive with so much repetition, and the background goes nowhere except louder for the entire song, sapping energy from a noble effort at a take-no-prisoners solo.

To accent the positives, the soloists almost bail out several of the songs. The aforementioned Mama, Black Velvet and If I Ain't Got You prove that individually, these ladies have some serious pipes. But even the solos are not without missteps: Kelly Moran, on the umpteenth version of Uninvited I've heard in the last year, has the range and the belt but is missing the attitude, and the inconvenient "break" in Lauren Kidd's solo is really just one of many problems — including tuning and the arrangement — that plague Eternal Flame.

In all, not a stellar effort by any means. Going with ‘dio as their producer was surely a good move as I would bet he's made this album much better than it would have been in other hands. But now that they've discovered the technology, the BluesTones need to go back and focus on the music.

The year 2005 was definitely a banner year for female collegiate a cappella — the ladies of James Madison University's BluesTones join in by putting out a great album that vies for attention alongside the best of the CARA-nominated recordings. The women are doing it for themselves by presenting a solid foundation in the background vocals while maintaining a strong sense of blend, presence and the mystique that make female a cappella so alluring and captivating.

The album doesn't have a "rock out" song comparable to Divisi's incredible tour de force "Yeah", or a melancholic number as sublime as the Sirens' "Crumbs", but what it does deliver is a solid amount of songs that skirt along the spectrum that makes for a rollicking good time in your CD player or iPod. Starting with the compelling opening track If You Could Only See and ending with a credible medley of We Belong/Be My Baby, the group doesn't try to sing past its talents or abilities. Considering the ability as performers is high, that's saying a lot.

Three issues keep this album from being the breakthrough album that I believe they were striving for: arrangements, soloists and production. Now, I'm sure most of you are scratching your heads in disbelief that I would say that with the praise I just heaped on them above. Let me explain:

Arrangements: Several of the arrangements are knee-deep in mediocrity. Come On Over doesn't have the dance fire that is inherent in the origina; Eternal Flame plods a little in the upper voices, dropping on the same beat as the drummer, which pulls the backing vocal to the forefront. And there is a Madonna Medley ... why is there a Madonna medley? Why, why?! Actually, let me temper that: do a Madonna medley of "Love Don't Live Here Anymore", "Dress You Up in My Love", "Hung Up", "Music", "Survival" and "Bedtime Story" — THAT would be something worth listening to, and not these same seven songs that every collegiate group has sung. To turn it around, though, they sing the smack out of the plain arrangements, so it's still pretty golden.

Soloists: Oooo, chile, some of these girls are young, young young. And it is inherent in their vocal maturity and tonal quality. Mor Hall's CARA-nominated Mama and Liz Hareza's double decker of Black Velvet and If I Ain't Got You are leaps and bounds above the rest of the pack. These two pack an understated wallop — going for clarity and creativity instead of crass screaming and pitch-problemed vocal runs inherent in many of today's superstars.

Production: And by this, I'm very surprised. What could very well be equipment problem is jarring nonetheless. All of the tracks have this hollow quality to them (almost like they were recorded in an echo chamber) that I've never noticed on recordings by 'Dio or James Gammon before.

All that said, go out and buy this CD; there is nothing rocky about that decision.

The USC Sirens, Oregon Divisi and Virginia Sil'hooettes might be the best of female a cappella, but On the Rocks is proof that the JMU BluesTones are close to joining them at the top.

All the elements of a good a cappella album are present: strong, talented voices, great soloists, solid arrangements, good mixing and engineering, and energy and positive vibe. The BluesTones have a nice clean sound. Everything just feels very pure and unaltered.

Many of the usual female standards appear (Dreamlover, 32 Flavors, Come on Over), and usually that would be an immediate turnoff, but the BluesTones nail them all. (Well, all except for the Madonna Medley, the one major misstep on the album. I wonder if there has ever been a collegiate female a cappella group that hasn't done a Madonna Medley. It's like a rite of passage for them. I say, if you're going to do a Madonna Medley, do one that includes only B-side songs. Don't use a single one of her hit songs: no "Vogue," no "Like A Virgin," no "Open Your Heart," no "Material Girl." And then don't call it Madonna Medley and see if people can figure it out. It also must be pointed out that the BluesTones' Madonna Medley was arranged by a non-BluesTones male. Is that even legal? (If anything should be absolutely forbidden in the aca-world, shouldn't a guy arranging a Madonna Medley be at the top of the list? I'm just sayin' ... )

Some of the highlights of On the Rocks:

The BluesTones still have some improvements to make though, albeit minor. They could benefit from fuller arrangements, but it already looks like they're headed in the right direction. On the Rocks could have used a bit more of a bass element to fill out the sound and some more experienced vocal percussion, but faking it with a ton of effects wouldn't have stayed consistent with the rest of the sound on the album. The songs they chose worked well for them, but I'd like to see the Bluestones stretch their song choices a little. Nothing on On the Rocks is new or groundbreaking; everything here has been done before.

Regardless, On the Rocks is a fun and enjoyable female a cappella treat; definitely worth a listen, probably worth a purchase. You won't be disappointed.