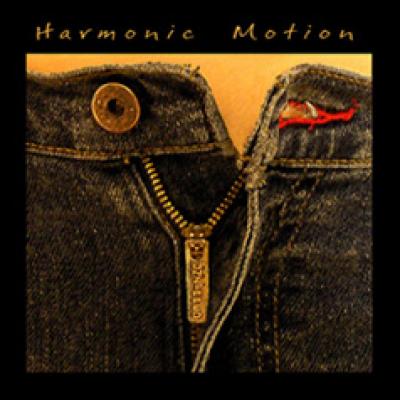 Listen carefully, really carefully. You can tell that these voices, these vocal percussionists and these arrangements are at least on par with most collegiate groups. That's the level of underlying talent. But in terms of pitch and sometimes even rhythm, Unzipped is one of the worst recordings I've heard in a long time. It's just so off, so often, that I found it very difficult to enjoy Harmonic Motion's other considerable gifts.

Unzipped sounds about on par with an average a cappella group doing their average show live. That's nothing to be ashamed of were this a live performance, but it's not. It's not even a live album. It's a studio album. As listeners, we've simply come to the point where we expect to hear groups at their best in this context. That's the entry level. That's the minimum. Greatness is sought in the artistic realm: originality, creativity — choices. Basic intonation isn't an artistic choice; it's the front door.

It's just so sad that this group couldn't have poneyed up the cash for some autotuning. Studios and multi-track recordings are for doing as many "takes" as the project needs and giving the producer enough freedom to artificially correct whatever remains "out" until it's "in". If the producers didn't offer, nay beg the group to allow autotuning, it's time for a new team. If they did, the group needs to up the fundraising to pay for it. In fact, a few grand more in production tweaks could have made these exact tracks into a very enjoyable album.

Is it too late for a remix and repressing? These soloists are really good! They deserve to be supported by actual chords all the way through! Please consider it.

Obviously, if this recording were in-tune, the scores would be wildly different. The review would be different. (I'd have less of a neck twitch now.) The soloists are nearly all engaging and frankly it's only due to their charm that the scores even occasionally hit the lowest conceivable definition of average. If the leads had even been mixed lower, I think I would have had to lower quite a few scores.

The debate over whether to artificially correct pitch and rhythm should end with Unzipped because with this much talent in the group, and this much technology at everyone's fingertips, it's an absolute tragedy that the final product is this difficult to listen to.

And so, Valerie waits and she waits for a soloist to sing on key. (Apologies to Ben Folds.) I've gone away for five weeks on vacation, and sadly, Harmonic Motion's Unzipped is the first on my review list when I return. I wish I could have cut out after the appropriately titled I'm Outta Here, but alas, my duty is to the entire album, however much I long to listen to some of the tried-and-true groups lower down on my listening list.

It's a nice effort for the Brown University group, but after 10 years of group existence, two moderately-received RARB reviews, and a school history of decent a cappella (although I must admit that I find the quality of Brown a cappella to be declining), I'd have expected something more cohesive, a little more polished. Most problematic are the muddy arrangements and mixing that puts the different background vocal parts, solo, and percussion all at the same level: loud (see I Touch Myself as a prime example). Radio evidences some pitch issues in the soprano range, and mediocre looped vocal percussion that's semi-spirited at best. I'd have also liked a little more kick from soloist Annie Watson whose sweet vocal intonation does fit the song quite well.

The reader already knows how I feel about Annie Waits, and so out of respect, we'll leave it at that. And although the introduction and bridge of The Zephyr Song leave a little to be desired, I actually enjoyed the arrangement of the choruses and solo by Joe Scattergood. Each song that follows the Red Hot Chili Peppers track follows a similar pattern: moments of interest hidden amidst amateurish horn sections (Supreme), unblended harmonies (Little Lies), and static arrangements that remain simple and unlayered (Only You, Supreme) as the song progresses.

And to be fair, I'll add in some praise for my favorite arrangement on the album, a lovely number believably led by Indrani Halady. Leaving on a Jet Plane layers in a fantastic percussion and tone-on-tone harmonies with a soulful background. The bridge is only slightly awkward with focus on the middle men's and women's voices, but the rest of the song is rather redeeming. This will be the one track to make it to my iPod.

Years ago in his review of Harmonic Motion's Higher, Matt Cohen offered some decent advice to the group for their next release: more energy on behalf of the soloist. To that, I'd like to add fuller arrangements and careful and acute pitch awareness. The repertoire here offers a nice diversity of songs, but with the exception of Leaving on a Jet Plane, everything leaves me wanting just a bit more. Current RARB Coordinator Benjamin Stevens even put forth the idea that their subsequent release would be called "Highest". But with this much time between releases, Harmonic Motion should have heeded RARB's suggestions a little more closely in order to achieve the high expectations set by their last album.

Brown University is a small school and, with so many a cappella groups (www.collegiate-acappella.com lists 14), it's possible the talent pool may be stretched thin. Also, because of its location in Rhode Island, it's possible the recording options may be slim, especially when looking for an engineer who knows how to record and mix a cappella. Those are my guesses as to why Brown Harmonic Motion's Unzipped is a subpar effort, one that runs rampant with tuning issues and bad mixes.

Really, the tuning is pretty bad on this album. The execution is sloppy. The energy and excitement from the singers is severely lacking. Annie Waits is the worst offender. The very first chords are out of tune, and the secondary soloist is just wrong. Could this be the fault of an incorrect arrangement? My guess is no.

However, the blame must also lie with the mixers and recording engineers at Wellspring Studios. It sounds as if they just hit the record button and walked away from the mixing board. Were they not listening to Harmonic Motion? Shouldn't they have suggested another take on an out-of-tune track or had the singers fix parts that were wrong? Unzipped is an album that asks the question of how much assistance and input those behind the board should provide.

I don't think all is lost for Harmonic Motion, however. The group gets some decent arrangements from Kate Mason (Cherry Popsicle, I Touch Myself). Joe Scattergood holds his own on Zephyr Song. Indrani Halady does a more than capable with Leaving on a Jet Plane.

But really, when all is said and done, the poor singing and tuning does Harmonic Motion in. Without autotune you just can't fake it and even to sharper ears that magical tool won't cover up the mistakes. Unzipped just doesn't measure up.

To order this album, contact the group via email or snail mail: