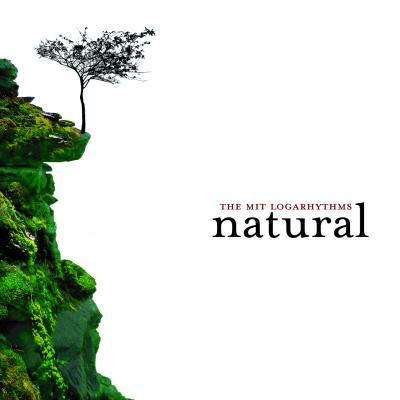 Some tracks on this album are incredibly fun! The rest of them are nice too. That makes this album perfect for the iPod generation, and not a bad option for the rest of us either.

Such Great Heights is pure pop, in all its a cappella glory. Electronica abounds, but the song remains an unmistakably vocal collage. I love the textures, the swirling mix and the overall vibe. Likewise, Memory opens the album with a starburst of energy and tunes. And let's admit it, She Will Be Loved is like vanilla ice cream — even if you rarely crave it, a good version always goes over well.

Natural is an extremely accessible album. It's beautifully crafted and generally free of distracting flaws. The track list is packed with pop songs that probably will always draw a smile, even long past their heyday. The solos are all competant tenor types, the backgrounds a multi-octave blaze. Uptunes outnumber and generally outpace the slow tunes. That said, I found no blockbusters, no song or soloist to capture my heart. Those are the connections that separate the really good albums from the very best, which collaborate with the listener to reach pop nirvana. It wasn't there for me, but this disc is good enough that other listeners might find more curb appeal.

A few notes on songs — Accidentally In Love was too busy for me, Runaway Train too insipid. Those aren't really the right words to describe how they failed to gel like their compatriots. Blurry was less blurry than other versions I've heard, much to its credit. The Only Living Boy In New York won me over with its bouncy groove and my neverending love for all things Paul Simon, although it had a few too many "zhens" for comfort. Its successor, Lost Cause, comes with a nifty electronic intro but a loose blend for the main song. Let me say one more thing about the Lost Cause intro — it's short!! Take note, groups of the world, and please spare us 90 seconds of self-indulgence before your next would-be masterpiece. Somebody's Baby has a Billy Joel feel with its big snare drum and rough-edged soloist, offset by the Britt Quentin-esque smoothness of Part-Time Lover. And I really liked Float On, which sent the album out on just as bouncy a groove as it arrived on.

It's a nice album, Natural, whether or not it brings love at first sight. I think you'll warm up to it.

MIT Logarhythms' Natural is a testament to our generation's fascination with the ironic. The Logs wholeheartedly embrace all the studio tricks that make the techies swoon and the purists moan, but there's plenty of "jin doh" and "jen jen da jen" type backgrounds to remind you that you're listening to a collegiate group, lest a particularly compelling solo lead you to believe that this is actual pop rock. Ah, but now who's fascinated with the ironic? Oh, that's just sarcasm. (Note to self: stop using the Alanis — Wikipedia.)

Natural is filled with strong production. Is it too strong? I don't think so. But on a song like Accidentally In Love, it seems like gorgeous drapery on a dreary view. Now contrast that with Blurry where better arranging makes the marriage a more successful one and you see the dilemma the Logs grapple with. Blurry's compressed wall of sound has an Imogen Heap-esque electronica vibe, which is just a stepping stone towards the fully electronic Such Great Heights — a track that could easily make radio play (and simultaneously make the purists turn to dust). Synthetic to the core, this track achieves everything it sets out to achieve, making it easily one of Natural's best. Of course once the track ends, we wander back through collegiate-style arranging again.

Part of the problem is song selection. Anyone familiar with collegiate a cappella can see that many of Natural's tracks are getting very tired. Covering a cover of a cover demands so more than decent lead, strong production and pitch perfection — all of which the Logs deliver — it demands a recognizable flash of originality. Fans surely won't care; for them, these songs are new and different takes on the original. But the magic a cappella filter isn't enough to lift average to good work to the level of excellence.

Where interesting song choices meet the right combination of arranging and technology, (Such Great Heights, Part Time Lover, The Scientist) the Logs make some great music but rarely would that fortuitous cohesion be described as Natural.

I've often doubted how much influence a given RARB review can have on a group's next CD — not to say that it doesn't happen, but I think giving ourselves too much credit for improvement to change from one CD to the next would also be inappropriate. Then, along come the MIT Logarhythms with their latest CD Natural and a personalized note letting me know that they paid close attention to RARB's comments on Soundproof and made some adjustments accordingly.

Now keep in mind that this was a CD that scored an overall 5, scored nearly perfectly on each of the subcategories, and had all 5s for its individual tracks, so at least numerically, there wasn't a whole a heckuva lot of room for improvement, even if the bar has been raised in collegiate a cappella during the intervening 2.5 years.

With that in mind, I have to say how much I really do appreciate what the Logs attempted to do with this CD. While it still has its shortcomings and a few weaknesses, and some lower scores, I daresay it's definitely a step forward to my ears.

The overall product has never been an issue for the Logs — a typical track sounds polished, clean, crisp, tight, well-engineered, balanced, pitch-corrected and/or sampled and/or processed as needed, and such is the case on all 13 showcased here. What's more, one can't help but notice the efforts that have been made to combat past criticisms of the group's borderline mechanical sound. Yes, there is still an electronic sheen that is unmistakable on all of the tracks but for a change (and a refreshing one) the group has many more moments that sound recognizably human and demonstrate that these guys don't necessarily need all of the bells and whistles to make excellent and interesting a cappella music — check out the opening of Blurry and all of She Will Be Loved to get a sense of what I mean and to understand what's new here.

That said, there are still issues to be taken with the guts of individual tracks and the process the group has chosen to arrive at the finished product. Firstly, just in terms of quantity, the group has expanded from ten tracks on Soundproof to 13 here, and in doing so, they've included material that could just as easily have been cut. The endless (5:57) plodding of Run, the snooze-inducing Lost Cause and even the peppy Somebody's Baby are really beneath this group's skill level: perfectly enjoyable tracks if you like the originals, but they have little else in the way of arrangement, soloist or group performance that makes them a compelling listen.

More specifically, though, there is still an undeniable tendency toward slavishly reproducing the original track, which is what once again earns the group a lower score for creativity and innovation. The "humanity" of the sound, as noted above, was most refreshing but I often found myself wishing those humans were singing something more than a transcription of the source material. To be fair, the arrangements do build a bit better than they did on Soundproof but interest generally still wanes by the time they hit their bridges which are often arranged in lackluster (and same-sounding) fashion (see Memory and Runaway Train), providing little momentum for the song into the final chorus repeats. Or in the case of The Only Living Boy In New York, the faithfulness of the transcription really robs the song of the nuance and pathos that Simon & Garfunkel brought to the original. Soloists can hardly be called a weakness for the Logs but save for alum Chris Vu, a CARA-winner this year for Best Solo, there aren't really any knock-your-socks-off performances here. Jim Pacella does deserve mention for She Will Be Loved which might be a tad too earnest but his belt in the chorus rings true, and P.J. Steiner also merits a shout-out for the offbeat energy he brings to a somewhat bland Float On. One hopefully helpful suggestion: the Logs might do well to reconsider where they place their solos in the mix. Especially on some of the more upbeat tunes, whatever energy the soloist might be trying to emote is often swallowed by the background voices as they get louder and louder towards the end of the song.

I wrote my review of Soundproof before the 2005 CARAs and mused it would be up for a host of awards (Learn to Fly was a runner-up for Best Arrangement). I've written this review knowing, and somewhat surprised, that Natural didn't receive more consideration as Best Album (its Best Solo win notwithstanding). Never mind that though and indeed, never mind all of my issues mentioned above. The numbers speak for themselves and this one is definitely one for your collection.

Get information about purchasing at a live performance from the MIT Logarhythms website. Purchase online at a-cappella.com.