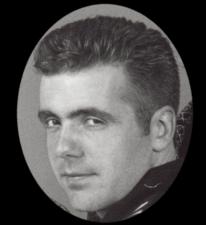 If you really want to know...

I was a founding member of five o'clock shadow in 1991, and my last gig was the Harmony Sweepstakes National Finals in 1997 — we took third. In between we also won the Boston Regional HS in 1995, and won the NY Regional HS in 1997. I can't begin to count the number of hours, days, months I spent rehearsing, gigging and traveling with the band. I got to sing with some incredibly talented people. Ten, if you're keeping track.

I co-produced Quintet in 1994 and produced Buzz in 1996 (nominated for CARA for Best Live Album). What a blast!

Wrote five o'clock shadow originals I Am Yours (Debbie's Song), Buzz Buzz. Debbie gets credit for some of the Buzz Buzz lyrics.

I was manager of five o'clock shadow from 1993 to 1996. This was a fantastic learning experience — and a total pain in the ass.

Got my Bachelor of Music degree in Vocal Performance from Boston University in 1991. Never sang a note of "Collegiate A Cappella". Not sure how I feel about that.

I was a bass in the St. Paul's Episcopal Cathedral Choir in Boston from 1991 - 1994. Nothing like sight-reading plain song at 9:00 am on the Sunday following a road gig in a smoky bar somewhere. Still, we made some gorgeous music.

I have been married to "Debbie the Wonder Wife" since 1993, and we are amazed on a daily basis by our two boys: Zachary — born in April 1996, and Sumner - born on my birthday in May 1999. I managed to turn my "day job" as a receptionist into a career as a software consultant. Good thing, since I discovered I wasn't interested in spending 7 to 10 months a year on the road. Currently, we live in the Rochester, NY, area across the road from where Debbie grew up. That means we're also a stone's throw from the Syracuse area, where I grew up. This allows me to make frequent pilgrimages to the Carrier Dome to watch 'Cuse. I bleed orange. I am happily passing the disease on to my boys.

Before I could vote

In addition to singing in every vocal group there ever was at my schools, I played French Horn for eight years in bands and orchestras. I went to numerous all-county and area all-state band/chorus/jazz choir/orchestra festivals in Jr./Sr. High School. I was in the 1985 New York State All-State chorus. I was an Eagle Scout. And as a lifeguard, I saved five people from drowning — which was quite a rush.

I have future plans to continue writing music, and I hope to build a studio in my basement (don't we all?) so I can record my songs and maybe get some of my increasingly famous friends to do "guest appearances". Also, I think it would be really groovy to do an a cappella radio show in Rochester someday.

That's my story, and I'm stickin' with it.