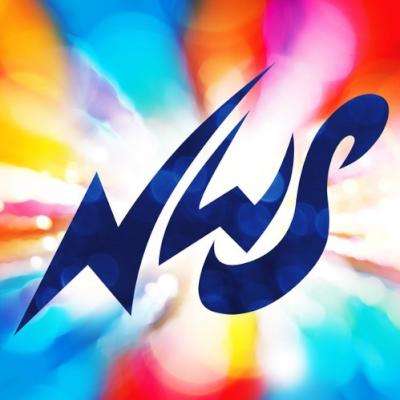 I don't have a lot that is particularly kind to say about No Wounded Soldiers from the Colgate Resolutions — as you may already be able to tell from my scoring — so I'm hesitant to belabor the point.

This seems to be an attempt at a "concept album", though I have to admit that the concept eludes me entirely. Perhaps more to the point, however, this group's time would be better spent ignoring concepts and focusing on arrangements, energy, and choices in the studio. In 1988, this would have been a remarkably well-produced, but still a somewhat bland, lifeless effort for a collegiate a cappella group. In 2013, it's an effort that is only likely to be enjoyed more than once by friends, family, and truly devoted fans of the group.

I should note that one thing that is NOT an issue is tuning. The blend could use some work in places, and there are some melodic and chordal substitutions/adaptations (if I'm being generous) that range from awkward to downright wrong-sounding  — Say Hey and Thriller most notably — but on the whole, the tuning sounds reasonably human and natural and is generally spot-on.

Beyond that, there isn't much to recommend here. Based on the liner notes — which sadly, as is the case so often, utterly ignore the composers of the songs being performed — the group clearly had very lofty goals for this release. The Resolutions consider this an "epic blend of the energy of live performance, the precision of studio recording, the direction of drama, and the cheeky wit of college."

It is none of those things.

If the plodding, plaintive, uninspired, dispassionate performances featured in the background vocals are what the group brings to live performances, I fear for their audience. The precision of studio recording has been applied here, but seemingly only to the tuning and some sound effects. The vp work is lackluster and the atmosphere and vocal processing is virtually nil. Perhaps that is the element of live performance that they were striving for, and if so, it was a gutsy but ultimately damaging choice. I make a living in theatre but I'm unclear what "the direction of drama" means in this context so I'm ignoring that phrase. And as for "the cheeky wit of college", the first rule is that it needs to be funny and the second rule is that the performance has to be good enough that you don't care how the group may be bastardizing/parodying the original. The primary effort in that area on this album is a lyrically re-written version of Sgt. Pepper's Lonely Hearts Club Band which falls way short in both departments.

I have no doubt that the Resolutions meant well with this album, but looking at reviews of their last two releases, it seems this may simply be par for the course for them and the intended audience is indeed those friends and family referenced above.

Whatever the goal was, the group reminds us in the opening of the liner notes that "Dreams have a funny way of assembling bits of thoughts into coherent, if zany, narratives. You may not remember the details in the morning, but the impression lingers throughout the waking hours."

Regrettably, No Wounded Soldiers is neither coherent nor zany enough. The impression it leaves is not a terribly favorable one and I'll be just fine not remembering the details in the morning.

Some things change while others remain the same. Such is the case with No Wounded Soldiers, the latest recording by The Colgate Resolutions. Most of the issues that mired any casual enjoyment of their previous recording are still common on this album. Specifically, elements like tuning, breath support, recording techniques, balance, intonation, creativity, group blend and dynamics.

The album still sounds like a group of friends singing around a few microphones to fulfill some dreams and make some memories. For a lot of people, that is enough. But to continue to improve and grow as they attest to in the liner notes, the Resos need a bit of a reboot — a paring down to the essentials of each song and rebuilding a brand from that.

From a musical standpoint, they are actually better than their predecessors, but because the community as a whole has gotten better the scores reflect a regression instead. There is nice warmth in the basses that is actually quite endearing. The tonal center is celebrated instead of avoided. And the group continues to explore dynamic shifts and an expanded repertoire.

But overall, there are still some vast areas of improvement needed to make this album palatable to the casual listener. Of note, balance, intonation, and arrangements are in need of a vast improvement. In many of the tracks, each of the vocal sections has trouble connecting to the others consistently, so the balance is often off.

A little bit of an interjection: why would you call a section "sloppy sops" even in jest? I mean, that just calls for confirmation.

This separation of sound is actually a result of missteps in the arrangement arena and track mixing. Take Bouncin' Around the Room as an example. The song starts off pretty well with a relaxed vibe, but near the bridge and end, there was a decision to stack various lyrical and nonsense lines into the arrangement. The resultant cacophony is aggravating at best, but when the non-essential lines are mixed in the forefront — WAY LOUDLY — you lose all sense of the song. This is also evident on the adaptation Resolutions A Cappella Band — the parts seem slap-dashed together so that tuning and intonation suffer, but sometimes the lines just make you laugh when that doesn't seem like the point. Hopefully, as more experience is garnered, the arrangers (and arrangements) will continue to improve.

Now, granted, I do have to give the Resos props for bringing a cappella Phish to the table. It's a definite first for me. Bouncin' Around the Room and Lengthwise were highly enjoyable and interesting choices for the whole "cheeky wit of college" type of chill music.

Other tracks stand out with great enjoyment. Drive is a very intriguing take on the song — though I do have a bit of an issue with the scat bridge section not being good enough. The soloist for Low Road is pretty amazing. And the atmosphere aesthetic brought to The Edge of Night is captivating even if it seems out of place on the album because it doesn't serve as an effective lead into the not so great Thriller.

Even though the group spent more time on recording opportunities (there are some nice snaps, claps, and interaction on the disc that of course distract on repeated listens, but is pretty evocative on the initial listen), there is still a lot more to do. The "precision of studio recording" isn't much of a guideline as it becomes a sand trap when not utilized correctly. Maybe the next time will be the charm.

No Wounded Soldiers leaves me a bit perplexed. When it comes to the age old question of quantity vs. quality, I will always go with the latter. It is in the former, however, that The Colgate Resolutions have ventured. I can definitely sense potential in this group, as a few of the tracks really caught my attention. As a whole, sound production and energized singing are two of the biggest flaws holding back this release.

I will express my biggest concern with this album: I wish the Resolutions had given me more of the things that they presented the least of. Confused? I will explain. Where does No Wounded Soldiers actually draw the listener in? Mostly in the tracks that end before they should. After a while, the album begins to sound the same simply because more attention should have been given to production work and more risks taken with song selection.

My favorite track is the one that is actually the shortest, The Edge of Night (of Lord of the Rings fame). Simply put, this song is different in a good way. I have never heard an a cappella rendition of this song before, it is one of the better produced tracks, and the lead has the perfect voice to match the feeling of the song. Everything on this track is right. Lengthwise is the other truly standout selection. Yes, the song has more of an experimental/artistic feel to it than anything, but this is what the a cappella genre needs — things outside of the pop/rock genre to draw in listeners from across the spectrum. The only explanation I have for these two tracks not garnering higher marks is due to the group not capitalizing on these songs and making them longer.

Now back to the issues at hand. What really holds back No Wounded Soldiers from being at least average starts with sound production. The project, as a whole, is behind its time. I get the feeling that the group is going for more of a natural vibe than anything, but to have some tracks reasonably produced and others lackluster is sending out a mixed message. There must be an even level of production across the board. Along with this shortcoming, I feel that the energy is stagnant. While I get the notion this group is a bunch of fun-loving individuals, it does not completely translate through in their music. Simple fixes to address these factors are the basis of getting the group's sound on the right track.

The Resolutions hint at the potential to be good with No Wounded Soldiers. They need only bring out more of the elements they've showcased the least.

Visit the group's website or email resolutions@colgate.edu for more information.