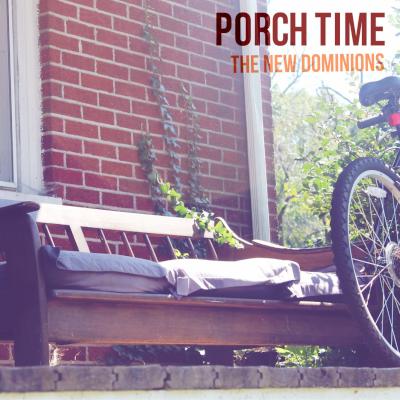 The New Dominions have a gorgeous blend that brings homophonic textures to life. The group energy is solid with some moments of notable phrasing, and the solos, while not spectacular for today's studio magic-ed recordings, are earnest and enjoyable. Dynamics, like that of pop music generally, are often as flat as an Iowa cornfield. Production is simple and smooth: never a distraction, but always rounding out the sound nicely. Editing left just a few pitch correction artifacts (Rolling in the Deep, Man in the Mirror, most notably), but is extremely listenable on the backs, delivering the right balance of naturalism and pitch accuracy. The group's song selections evidence good taste in music, but one gets the impression that songs were chosen independently of the soloists. Whether true or not, the selections are not always a natural match for the strengths and timbres of otherwise talented soloists. There aren't any disasters, but with few exceptions, that mismatch and the overall lack of creative surprise keeps this talented group in the realm of average on Porch Time.

Porch Time starts with the popular (but perhaps too popular) Some Nights. I'm definitely a fan of Wesley Webster's sky tenor, but his voice sounds a little too youthful here; the subject matter seems to call for something a bit more mature. The Cave has similar gravitas issues, sounding cute, rather than gritty, though the heavier drums and wall of sound toward the end do help a bit. (Also, whoever is singing bass [uncredited] is more manly than the Isle of Man on this track.) I Will Follow You Into the Dark works with the continued theme of youthful tone as does If I Die Young, in a kind of old fashioned way that harkens back to recordings of the late '90s in its simplicity.

Oh and speaking of credits: not good. Composers? Parts? Last names? Roles? Aaargg! The group is urged to read up on Liner Notes Best Practices both for its web site, and future albums. It's not only the right thing to do, but it's part of showing the New Dominions (and to some degree UVA) off in the most professional light. On the other hand, they do thank "Future President, Miley Cyrus" and for that, I must say, nicely done ND, nicely done.

Don't You Worry Child's Tim Carroll delivers a memorably-phrased take on the Swedish House Mafia hit. His bold, explosive attacks and tidal swells on sustained parts are refreshing twists that make this one a favorite.

One of the more frustrating tracks to listen to is I Can't Make You Love Me. Listeners will struggle to focus in on Sarah Lin's vulnerable and heartfelt delivery. The background's persistent hyper-pronunciation of the nonsense syllables stubbornly refuses to allow that. But then, what a sudden and joyful switch when the backs join on lyrics; the sound goes from annoying to gorgeous in a heartbeat. The arranger ("Richard") and musical director (uncredited) hold the power to make something moving or something noted for the precisely rehearsed syllables. I'm sure they had their reasons, but even fans are unlikely to agree with the choice.

All in all, Porch Time is a solid, listenable release from a mixed collegiate group that fans will want to hear more from in the years to come.

At first glance, Porch Time's track listing doesn't present anything too exciting. The Cave, Some Nights, and somehow yet another Rolling in the Deep cover. What listeners will find, however, is that Porch Time manages to shine in its own way thanks to consistent energy and execution.

Some Nights is actually a pretty solid start to the album, going with a quick, energetic, and recognizable (albeit overdone) hit. The percussion hits with nice gusto and the soloist does a decent job taking some ownership with the song.

I Can't Make You Love Me is very pretty and cleanly delivered, but seems to lose a lot of steam halfway through. While the darker tone quality of the backing vocals is a nice touch, the solo performance sounds fairly static until about 2:52 into the track. The soloist just needs a little more conviction here (especially considering the lyrics) in the delivery to truly bring out the mood or sensitive touch the song should express.

OK, It's Alright With Me is quite a pleasant surprise. The arrangement doesn't move too far away from the original and maintains much of its bouncy, springy momentum. The percussion is right on point with a nice punchy and crunchy feel to it to add all the necessary grit to fill out the rest of the song's delivery.

Man in the Mirror is a neat and smooth interpretation and a great example of doing a lot by doing little. There's no major tinkering with this classic MJ tune. The choice of going with a lower register on the solo gives the song a richer color altogether. The soloist really does well making the song his own and interpreting it to create a new sound without veering off into a different direction.

Porch Time might not throw many curveballs the listener's way in terms of arrangements or song choice, but it still packs plenty of punch thanks to consistency and solid delivery.

If you are a casual consumer interested in your favorite pop covers, Porch Time is acceptable. The New Dominions' arrangers create exact a cappella transcriptions, and James Gammon works his usual production magic to make them sparkle with pop flair. The basses are actually present. Some Nights is actually done at the right tempo (but in a lower key). You'll like it, so stop reading here.

For everything else, bear with me a moment. My first year in college choir was entertaining. It was an unauditioned men's choir, so the composition was a varied mix of freshman to fifth-years of different majors and backgrounds. I'd like to think we were a solidly tuned ensemble, given the circumstance. One day, the Director of Choral Activities came in for a surprise visit, and at the end of rehearsal, I've never forgotten the offhand joke he made:

"Don't be singers. Be musicians."

He made that joke for the rest of my choir experience. Instrumentalists reading this are probably having a chuckle; they've heard this a thousand times in their careers, and as a singer even I have to laugh at it. The stereotype is that singers can't make musical choices, and simply feel good about making throat noise. This album exemplifies that problem.

Regarding chords, there is nothing wrong with this album, but it's practically lifeless. No track builds tension, a victim of copy/paste arranging that adequately mimics the original song. There are no noticable shifts in dynamics throughout, which might have given life to the stale arranging. Towers and Honey have some moments that are refreshing, but it's too little, too late. Another singer vs. musician debacle: volume does not equal energy. Every track has a minimum volume of mezzo forte, ruinous to the contemplative lyrics of If I Die Young and I Will Follow You Into the Dark. I Will Follow You Into the Dark makes the most artistic choices diverging from the original, but with no shaping on top of repeated lines, it falls flat.

For the oldest co-ed group on UVA's campus, I'm especially disappointed with the product. The liner notes are a mess, rife with uncredited percussion and harmonies, as well as confusingly different ways to list the same people (and even people missing from their member list credited as soloists!). I'm stunned at the lack of risks taken with the track listing. With the exception of The Hush Sound and Bon Iver, every other track is Top 40 covers done to death. I could turn on the radio and hear the same songs with different soloists.

Now, the soloists. Vocally, they sound fine, but I wonder if most know what their song is about. They might as well have substituted the word "potato" for how much any of the lyrics seem to mean. They certainly lack control of their songs; they become dominated by the dull background setting the pace and mood for them. In places, the soloist's riffs aren't clean, and even the stellar production can't tuck the off-key notes away. The biggest tragedy comes on the cringeworthy version of Eric Hutchinson's OK, It's Alright With Me. The soloist completely misses the genre she's trying to mimic by disruptng the melody through staccato notes, fudging the tuning and removing any lyrical connection. The result is the musical equivalent of putting the emPHAsis on the wrong sylLAble.

By the end of the album, there's no sense of the identity of the group, despite good production and decent tuning. Where this puts Porch Time is on the lower end of a "3", churning out the same standard pop songs, but lacking the personal touch that would make you want to say, "You NEED to hear these guys do 'X'!"

Porch Time is available for purchase on iTunes.