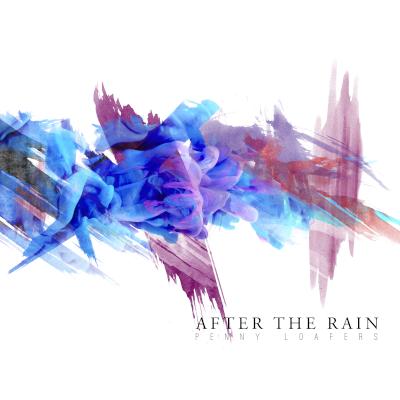 The UPenn Penny Loafers have two great strengths on After the Rain: soloists and arrangements. The consistency in these two areas across the album makes for a collection of songs that's an enjoyable listen.

As far as soloists go, there's not a single one here that doesn't fit with his or her song. It's obvious that the group put some time into thinking through the fit here, either selecting songs with specific singers in mind, or really working with the group members to pick the right person to lead each song. Soloist Amanda Triglia is stunning on 1,000 Sundowns; she's easily the most interesting and memorable lead on the album. Lead Leland Chamlin sounds just like John Mayer covering I Can't Make You Love Me, so it's only fitting that song morphs into a cover of Wheel. Sarah Lindstedt has the perfect range for Chandelier and sounds lovely over her arrangement of the song.

The Penny Loafers have a few interesting arrangement techniques. Most importantly, the group isn't afraid to have quieter moments in its arrangements, where the backs stop completely or drop way down in the song. That's a refreshing approach, with breaks in the notes to allow the song to breathe and move forward. Say You Love Me is especially beautiful; the arrangement builds and grows and makes use of quieter moments to keep the momentum and story moving. The backs drop to a whisper at parts of Sedated, drawing the focus to soloist Michael Lewis before growing into a louder crescendo.

Not every arrangement choice pays off, especially when it comes to mash-ups. Weaving Tove Lo's High into Love Me Like You just doesn't fit right, nor does the addition of Blackbird into 1,000 Sundowns. The "zhen" and "zho" syllables on The One That Got Away feel dated, and the whole song moves a little too slowly.

Even with a few forgettable moments, After the Rain has some truly compelling moments and soloist performances, and is a solid step forward for the Penny Loafers.

After the Rain is a smoky, angsty, moody project, and while some might be averse to an album that feels more or less like it's set in one mode, I found this expression to be the Penny Loafer's most valuable asset on this offering. In all, After the Rain comes across to me as a centered, focused, and deliberate project.

What I like most about this release is that almost every song sounds like an actual interpretation. While most listeners will enjoy the sheer novelty that comes from translating instruments into voices, what takes a song from being another cover is the ability to reconstitute it as your own. A good example is the Loafers' rendition of Chandelier. What makes this an interesting take is how the group slows the pace, smoothing out the original jagged edges to create a gradual build in dynamics over time. It's a dramatic shift from the wire to wire belted choruses our ears are expecting, and while this version lacks some of the grittiness of the original, the build from quiet, subdued thoughts to bold declarations provides a sense of journey and direction.

Complementing the Loafers' interpretations for arrangements is the consistent solo singing. It's So Hard To Say Goodbye To Yesterday exemplifies this. Whenever I hear most covers of this R&B classic, it's nearly impossible to divorce my heart, brain, and ears from the essential Boyz II Men version that defines the song for me. What makes this version successful is that the soloist claims ownership over the verses, passing on attempts at exact riff for riff, note for note imitation and making his own decisions stylistically. It isn't quite a knockout "5", but the energy and conviction still sell it for me.

After the Rain isn't the quintessential mixed bag of pop bangers, and that really plays well to its advantages. If you're interested in a project that you can play without too much skipping around, this might be worth a shot. Some personal picks include: Chandelier, Let it Go, Walk, I Can't Make You Love Me, and It's So Hard To Say Goodbye To Yesterday.

Three years. It's been three years since the last time the Penny Loafers stepped into the studio to produce In the Morning. That's an almost dangerous amount of time away. They said it themselves, "Much has changed in the three years that the Loafers spent away from recording." My biggest fear about groups that spend so much time away from the studio is that nothing is learned between recordings. With no consistent group members, the same mistakes can be made again. After the Rain is different than its prececessor. This album has a mark of experience that was not there before. There are some moments that still fall short, but there are moments that shimmer. While there are still problems that need work, the Penny Loafers have learned from the past and created an album with some very strong appeal.

The biggest problem on After the Rain is that some of these songs don't have a musical climax. There should be a moment in every number where all of the emotions come to a point. This moment is generally well-defined in ballads, but there should be a climax in every song. While there are some musical climaxes within this album, a dangerously large number of tracks just never hit that musical precipice. The stomp-claps and the chorus directly after in Say You Love Me are examples of this type of climax. Leland Chamlin has so much emotion in her voice, and this musical climax just adds the final emotional longing. Conversely, the moment where the climax should be in Hideaway was replaced by a quote of an entirely new song. While the quote is appreciated, it saps a lot of the momentum in the momentary confusion to the listener. It is important for the group to know where to place the precipice. Without that moment, songs will always appear to me as dull and monochromatic, while they still may have all the potential to be vibrant and colorful.

There are gold stars to hand out for this album, and they belong to the arrangers. The arranging on After the Rain is just stellar. Sean Naylor has a really cool way with quotes. In three of his four arrangements (Hideaway, Love Me Like You, and 1,000 Sundowns), there are large musical quotes from songs popular now and from the past. Naylor's quotes give little snippets of another world, such as tying themes of rising up in the Beatles' song Blackbird within the tragic story of love lost in 1,000 Sundowns. The other main arranger for this album, Sarah Lindstedt, wrote or was involved with six tracks that masterfully use a number of really cool chords. Chandelier gives a new spin on Sia's original, creating an eerie power ballad from the original party anthem. It's equal parts dark and empowering, and I love it. The arrangements set the backdrop for the soloist to tell their story. Naylor and Lindstedt allow the soloists to tell their stories without overpowering them and help to accent the important moments. It's a very difficult task, and the arrangers do it beautifully.

There's a lot to love on this album. Little changes would make this album absolutely stellar, but After the Rain is nothing to shake a stick at. My only hope is that the group doesn't let another three years go by before entering the studio again. The Penny Loafers are on the verge of a breakthrough, and I want the members on this album to be there when it happens; perhaps it's me being greedy, but I want their experience this time to shape the next studio recording. Continuity of experience could create that high-level product the Penny Loafers have shown they have the ability to create.