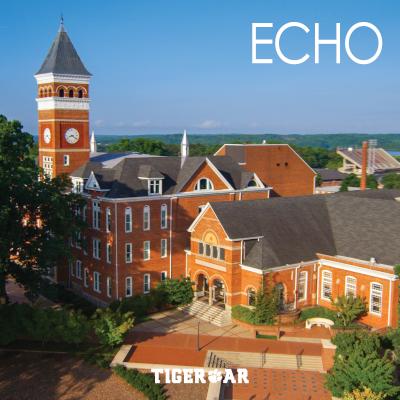 When we last heard from Tigeroar with 2016's Orange Revival, I wrote about how the tracklist would be a lot of fun to perform for live audiences, but that the overall lack of innovation and energy in the studio leaves a lot to be desired. With this new installment, a quick glance at the tracks already sets a tone for the group. There's no intention to change the style of Tigeroar from the last release, which is a fully respectable decision. Therefore, it's up to the group to improve in other ways. Throughout the album, it's easy to see that Tigeroar has put in the time and effort to move forward and improve its presentation. The floor has been raised for this group, but the lack of innovation means that the ceiling is still not as high as it could be.

Can't Stop the Feeling is a great opener for this album. Trey Lockett penned an arrangement that's very true to the original, and Jimmy Fountain gives a great presentation on the lead. The changes in dynamics and style to get the builds for each chorus is great. The arrangement ebbs and flows, and the energy never feels forced. Everything about this track is well done. Aside from the minimal elements of uniqueness relative to the original, I have no qualms.

However, I start having qualms shortly after this track. Consider the song Too Good at Goodbyes. The build at the start of this number is great. Dave Matthiessen has a very sincere quality to his voice that really sells the track. The first chorus is great — I don't know how the group managed to get the university's gospel choir to sing along, but it's a nice touch. However, after the first chorus, the group doesn't really go anywhere musically. The dynamics and stylings in the backgrounds don't seem to ever change again. By the end of the second chorus, I've lost focus on the song and I'm already ready for the next track. The sound is fine; there's nothing jarring. There's just nothing that keeps my attention for the full three-and-a-half minutes. There are a handful of tracks that are the same way. This group is obviously aimed at doing music straight off the radio to please the young demographic in the audience, and I'm sure the singers can do that live. While the energy is much better, there's still something lost in the recording that bores me.

Finally, the back half of this album just frustrates me, and most of it is my own personal preferences in the a cappella world. There are two medleys (Zac Brown Medley and JT Medley). I've never been fond of medleys, as they generally switch very abruptly between individual songs within the track. Thankfully, both of these tracks manage to have some semblance of flow within the medley, which makes them more palatable. However, when also including When a Man Loves a Perfect Woman, half of the last six songs on the album are medleys or mashups, and it just starts feeling a bit like musical ADD. Perhaps track placement would have helped make this easier to digest, but I'm not a huge fan of this idea as it stands. Also, Fix You makes a return as the anthem of the angsty. I personally believe this song should be retired, as so many groups released a cover approximately ten years ago when the song first came out. Therefore, I was hoping that this track would resurface with new ideas — perhaps a different feel as opposed to the original's seemingly endless onslaught of long synthesized chords over a moving bassline. There were changes made, but I feel a lot more could have been done to reinvent this piece.

Finally, I do love the opening announcement of Tiger Rag. Whoever is announcing at the start should have an emcee career. However, after that callback, the song becomes a great bonus track that doesn't have the same recording value as the rest of the album. Yet it remains a lot of fun and I'm sure a blast for audiences. Individually, the latter tracks on Echo aren't too much of an issue, but when put all together, the collective song choices really rub me the wrong way.

Overall, it's an improvement for Tigeroar, but there's still some distance between this and perfection. The energy is much more consistent than the previous album. However, the songs now need to take the next step and keep the attention of the audience. These pieces need to start telling their own stories — tracks need highs and lows, and currently we're getting a lot of highs and minimal lows. It's a step in the right direction, and now it's up to the men of Clemson University to make the next one.

Tigeroar's Echo is an improvement from the last Tigeroar release I reviewed, Orange Revival. Well, as they say, a small improvement is better than none at all. Most of the song choices on this album are likely the ones I'd want to hear a cappella. However, I feel like there are some songs that could be weeded out of the album before considering it above average.

Starting with the noteworthy songs, Too Good at Goodbyes sounds solid. Jimmy Fountain does a great job as the soloist, especially with his seamless mixed voice transition from chest voice. Next, in Zac Brown Medley, the soloists are able to deliver a southern vibe in their respective solo sections. I'm not really impressed by the positioning of Colder Weather within the arrangement since it's a slower song; it almost convinces me that the medley is about to end, but to my surprise, there's more.

Next, When a Man Loves a Perfect Woman is unexpectedly smooth and I wouldn't have thought of those two songs married into a brand new track. Hats off to Zachary Jordan for arranging these songs together, an interesting choice of mashing up songs released some decades apart.

The inclusion of the most covered song in the entirety of a cappella history (Fix You) is too cliché. But given the central theme of the album (or so I think) where each song has a choir group singing a lyric section echoing the solo line, I can consider it an appropriate addition to the compilation. As an a cappella enthusiast, I have already decided which arrangement of Fix You is my go-to — and Tigeroar's version is not it. There's nothing new brought to this track, just the same old harmonies and adequate solos.

Some arrangements are nearly perfect, until sections that are lazily orchestrated drag down the overall quality. Examples include "Got this feeling in my body" in Can't Stop the Feeling, the weird abrupt modulation in Castle on the Hill, and the missing middle section in the gospel choir in Too Good at Goodbyes.

Lastly, the Justin Timberlake medley is another one that I consider almost great. But again, the positioning of a slower song in the medley is kind of a drag. It's like building a song without a specific direction to a climactic ending. And on one final note, How Long could have been a better track if soloist Sean Boullianne exuded more energy into his performance. After all, a recording is just like a picture — once published, it's out there forever and there's no other chance to give it your best shot.

Echo is a minor upgrade from the group's previous album. Still, any improvement is a good thing and I hope to hear more of Tigeroar in the coming years.

Echo's repertoire is a tricky undertaking for a straight-through listen: almost exclusively pop songs with a uniform structure and a crooning style to the solo. For this reason, the album loses momentum after the first few numbers. Each of the songs is performed well, but there's only so much of the same a listener can pay attention to.

By the same token, most of the arrangements stick very closely to their originals. The medleys, both of which represent collaborative efforts by numerous arrangers, offer some innovation (at least in terms of linking the disparate songs), and the Zac Brown Medley offers a break from the style of the rest of the album. For this listener, however, it is a little more jarring than refreshing.

The group excels at rhythmic instrumental imitation. It's easy for something like the guitar plucking in When a Man Loves a Perfect Woman or the instrumental break in Fix You to sound trite or awkward when put to voices, but Tigeroar brings a smoothness and certainty to these conceits that renders them truly evocative to listen to. The live performance of the Tiger Rag at the end of the album, while not particularly musically sound, still features some solid rhythmic vocals and draws attention to the group's lively spirit, which doesn't always come through in the rest of Echo's repertoire.

A commendation belongs to each of the soloists. It's not easy to instill such spirit and energy into these crooner-style songs, but so many of Tigeroar's soloists do it so well, particularly Noah McPherson (How Long) and Jimmy Fountain, who is heavily featured as a soloist with good cause, but I'll draw attention to Unsteady and Too Good at Goodbyes.

Tigeroar clearly has the skill and the spirit to create beautiful musical moments, but on this album, it's really just moments. None of the tracks stand out in their entirety. I hope that the group can infuse its spirit into a little more of its work in the future.