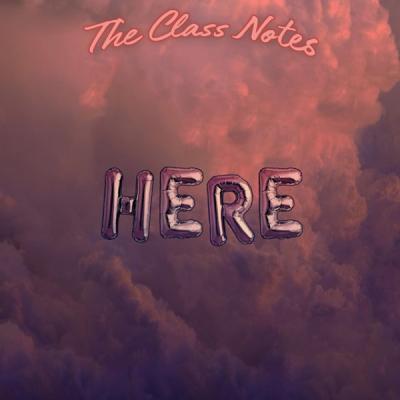 Upon listening to Here by the Cornell Class Notes, I had two main takeaways. First, they have great taste in music. Second, the songs they chose aren't ideal for these singers on this album. Don't get me wrong, there is talent to spare in this group, but often the soloists don't fit the style, or the soloist is good but the arrangement doesn't click.

There are moments of pure gold. The opening to Pray You Catch Me with its polyphonic breathy quality is on par with any top-level arrangement out there. It's You is the other track that stands out as locking into the intention of the arrangement and the performance of the soloist. I would have liked more ethereal effects on the solo during the choruses, but that's just nitpicking. A surprise for me was Shape of You because the lead singer has such a different quality from the original, but he wins me over by the end.

My biggest gripe aside from the disconnects I mentioned earlier is the production value. It's not bad, it just sounds raw and unfinished. The percussion is super tight, except for the high hats, which doesn't match the more organic sound of the vocals. And I respect the emotions and dynamics of the performances, but with contemporary music, often some compression is required to reach the desired effect without completely overhauling the arrangement and style. The tuning and blend suffers slightly from this lack of clean-up as well.

Imagine an unfurnished house. It's brimming with potential, gorgeous architecture, plenty of space, and is in a good neighborhood with a fantastic school district. But it needs some more key pieces to be complete and feel like a comfortable place to kick your feet up and call home. That's my experience with Here by the Cornell Class Notes.

After the acquisition of the bare-bones pitch and rhythm of material, musicians have the opportunity to let the music soar and convey a wide range of complex emotions. Somewhere in between those two phases lies the music of Here by the Cornell Class Notes, which radiates a sense of incompletion from both a musical and a studio-recording standpoint.

In my estimation, with today's technology, less-than-perfect tuning for a non-live studio-recorded album should receive a below-average score, as the average recorded album does not contain nearly any glaring pitch imperfections. While It's You, in particular, has merits in both its emotional content and the arrangement, the execution is too poor and the pitch instability is too distracting to warrant a higher score.

Adding to the issue is the transcription-like arrangements, making up the bulk of the album's lack of imagination. There is no greater example of compulsory singing than the background singing on Heartless, in which a treble voice can be heard droning "be so heartless". Infusing background parts with lyrics from the soloist is an opportunity for the entire group to emote, but in this case, that opportunity was missed.

There are some brighter spots and building blocks for future projects. Shape of You soloist Joey Gerlach does a nice job of embellishing and elaborating on Ed Sheeran's melody and Sabrina Movitz shows ample vocal skill in tackling Bishop Briggs's River. As mentioned earlier, Gerlach and Stef Wu do a solid job in the arrangement of It's You, voicing a very expressive chord progression well. Pray You Catch Me does quite a few things well, with soloist Ruby Bafu capturing significant emotion and the arrangement by Movitz and Noah Danielson eliciting some of the most effective examples of dynamics the album has to offer.

There are quite a few steps forward to take before creating indisputably evocative music, but The Class Notes are on the right track with Here. With more care in the editing process, that level is realistically within reach.

Often, when talking about what makes an a cappella performance good or bad, the differences throughout the performance are the major defining factors. Those might be in the dynamics, the contrast of styles, or perhaps even between the rhythms in arrangements that make the performance notable. With the newest presentation from the Class Notes, Here is plagued by all the wrong differences.

Consider the track Here. This Alessia Cara song is based around the driving solo, and Class Note's lead Janaki Narayanan keeps much of that same energy. Unfortunately, the group doesn't seem to be on the same wavelength. It's obvious in the first few seconds of the song. Narayanan is singing her head off and the rest of the group is stuck somewhere around a mezzo piano or mezzo forte. However, that isn't the problem. The problem is that the energy is virtually non-existent. Even when the climax of the song arrives, the group is still stuck at the same dynamic. All the energy for this piece is coming from the soloist. That difference in energy between the foreground and backgrounds leaves an overall terrible impact and there's nothing for the listener to latch onto to want to listen again.

Most of this album feels very formulaic. Unfortunately, there's a bit of a fundamental flaw in the formula. Many of the songs on Here use heavily repeated rhythmic patterns as the foundation for the songs. There's nothing wrong with these simple patterns. The issue often comes from the bridge of these songs, because the bridge is often drastically different. Heartless spends most of the song with a "din din din din" pattern for much of the song. When the bridge arrives, the song suddenly shifts to darker chords and uses silence as part of the backings to make a bigger impact. Once the bridge is done, the song quickly shifts back to the "din"s before ending on some darker chords. While each of these sections works at various levels of effectiveness, none of these sections influences the next section. The track starts feeling like a story in four parts as opposed to one fluid thought.

However, sometimes the group is all on the same wavelength. Pray You Catch Me is a significantly different number: Ruby Bafu tells the story beautifully. More importantly, the group is energized and all telling the same story. The dynamics are clean and impactful. The song is a complete and fluid thought. This is the first song to finally have good differences. The bridge has a noticeable shift between dynamics for more impact. The differences in backing rhythms make the story interesting to listen to. This is the version of the Class Notes that I would happily listen to over and over again. My only gripe against this song is that it ends so suddenly. There might be more behind why that choice was made, but it feels like a page torn out of a book rather than the end of the story.

With this release, the Class Notes have proven that they have all the means for an effective delivery, but first, the group has to find internal alignment. When the group is aligned in terms of energy and style, there's nothing the Class Notes can't do.