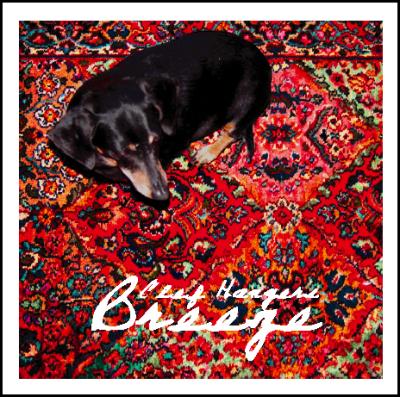 Southerners have such a great touch with men's a cappella. The University of North Carolina Clef Hangers have always had that touch, a huskier tone that avoids the nasal or tinny sound that tends to come out of New England and California. For all I know, this latest batch of Clef Hangers is a bunch of Michigan transplants, but if so, they hide it well. I hear shades of the South.

Soloists Jason Hamlin (Easy) and Matt Susong (Take Me Home Tonight) embody everything I have always liked about The Clef Hangers. They sound like pop singers, not classical crooners, but they have a full, resonant tone that is a rare thing these days. Ex-Clef Dave Sperandio, who produced this album, may have been a good influence. Dave has this kind of voice too, and used it to wonderful effect when he was in college.

Breeze also benefits from its breadth. It's not all light rock and country crossovers, as shown by the Bush cover that opens the disk and a trio of rap tunes. So Fresh and So Clean, borrowed from Outkast, bears a strong resemblence to Eminem. NC Raise Up is a little less convincing but also more fun. The third hip-hop track, Jump Around, doesn't make the transition to a cappella gracefully, but The Clefs did better than I would have expected. The album opens with Comedown, a heavily processed modern rock number that nails the current fashion of college a cappella.

A few gripes: I could have used more solo on This Everyday Love, and a little less "jah jah jah!" on the hook. Also, why would anyone tinker with Tristan Bishop and Brannon Wiles' classic arrangement of Africa? It's well worth dusting off, as are many products of the late '80s and early '90s, but not if you're going to drown them in "innovations". The new percussion line sounds like a relentless Casio drumpad, instead of the syncopated pitched percussion of the first version. And the new syllables on the instrumental hook are downright dreadful: "jah wo wa na na ooh ah". I'm all for getting creative, but sometimes a tasteful "doo" is worth a thousand more intrusive syllables. These mistakes aside, however, the group does a good job moving forward without cutting ties to the past.

The Clef Hangers know that it's good to let your roots show. They've put together a strong and ambitious effort to be proud of.

When we last saw The Clef Hangers, they'd released Elevation, a commendable album with some room for improvement. Dayum, times change! There isn't room for anything on Breeze, except maybe an additional track of me clapping.

Talk about repeat listenability. Why do RARB reviewers spend endless hours listening to bad albums on repeat? Because a few times a year, we get albums like this one in the mail. For free! Bwaha ha ha ha!

The Clef Hangers admirably cover pop and rock, but it's tracks 4, 9, and 10 that make the album special. This is some of the best a cappella hip-hop I've ever heard. It's notoriously difficult to capture a convincing rap performance in two dimensions, but you'd never know that from these tracks.

As for the soloists, WOW! A couple of them are a bit more imitative than I'd prefer, but that's a matter of taste. What's more important is that whatever approach they take, they all rock. I have to mention Cameron Russell, who is all over the album as soloist and arranger, Carl Erik Fisher, who wails the living daylights out of Your Song, convincing Chris Blacker, mellow Jason Hamlin, gentle Brendan Ernst...basically, if you're a Clef Hanger, and you had a solo on this disc, then I'm impressed.

Producer Dave Sperandio is the unsung hero of Breeze. A lot of the credit for the driving hip-hop and pounding rock is due to him. This isn't a disc for vocal purists — you'll hear a lot of digitally assisted guitar and drum work. If you give it a chance, though, you won't complain about the results.

I do have to point out one huge disappointment. Africa, a re-worked arrangement from more than a decade ago, comes across as a clever comment on overdone songs; The Clef Hangers have something new to say about it. But the main reason it's such an a cappella standard is because of the crowd-pleasing explosion of that stratospheric chorus. The Clef Hangers build and build...you can feel the chorus coming...the motion is incredible!...and poof. Where'd they go? Right where the song should climax, the sound drops off a cliff. Whose idea was it to mix the high, screaming melody like some little descant hidden in the background? I've never had a song tease me so badly.

Come CARA time, The Clef Hangers are going to give the rest of the field a run for their money. Consider the ante upped.

Ladies and gentlemen, The Clef Hangers have arrived. This is my first exposure to the group other than their nice rendition of Father Figure on last year's BOCA, but past reviews depict slow, steady, unbroken improvement over the past decade, culminating in the outstanding Breeze.

What makes this disc so great? Gorgeously textured arrangements, written by no fewer than 14 current and past group members. Fantastic, creative, diverse song choices, with the only overdone song (Africa) given a near-definitive treatment. Speaker-busting, room-shaking energy in both backgrounds and solos. In short, just about everything.

Cameron Russell is the MVP here, contributing the album's most daring arrangements (Comedown and the three hip-hop tracks) and some amazingly versatile solo work. Jason Hamlin's beautiful turn on Easy (Like Sunday Morning) will melt many a heart in Chapel Hill and beyond. (Get this guy on American Idol!) Other leads are less notable but solid across the board.

The Clef Hangers' feel for hip-hop is simply amazing. So Fresh and So Clean pairs a brilliant arrangement with Russell's pitch-perfect Big Boi imitiation. NC Raise Up is worth the price of admission just for the hilarious treatment of bad words. And I'm not sure I ever wanted to hear Jump Around, one of the more regrettable hits of my childhood, a cappella, but I sure don't have any complaints about The Clefs' wild rendition.

Your Song, based on the Moulin Rouge version, is the only weak track. Soloist Carl Erik Fisher sounds way too much like Ewan McGregor, not exactly a singer to emulate, and the arrangement, also by Fisher, trips all over itself in a tangle of arpeggios with no chordal glue to hold it together.

In addition to that of The Clef Hangers, Breeze marks another arrival of sorts: that of producer Dave Sperandio, who asserts himself as a studio talent equal to his better-known colleagues on the West Coast. Kudos also to his engineer, Ian Schreier. The album makes great use of the audio spectrum, the three-dimensionality of the mix readily evident even on my crappy speakers. Sperandio uses lots of effects but does so with kid-glove subtlety, creating a more natural-sounding mix than one might hear coming out of the Golden State. (That's not a criticism of Messrs. Hare and Rutman; I mean only to say that 'dio's style is a little different.) Sperandio is also great at creating song-specific mixes; I especially liked the boxy sound of the bass and VP on the hip-hop numbers. You will notice that I did not rate tuning as high as the other attributes; it's actually quite far from perfect (possibly a side effect of the group's energy), but rather than turn the group into robots with AutoTune, the mix hides the tuning problems so well that even the pickiest ear will barely notice. This disc is an exemplar of good a cappella studio work, brimming with care, detail, and variety.

Breeze is the finest collegiate album I've heard in a long time. Expect it to win copious awards at year's end.