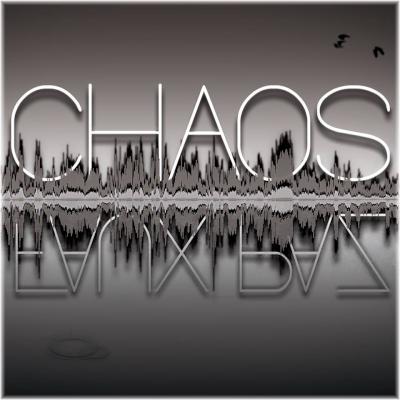 The greatest strength of the Faux Paz is the group's energy: these singers capture the intensity and emotion behind every single one of their songs on Chaos.

Some of the best songs here are those that are unlikely or uncommon a cappella covers. This group absolutely nails Let It Die, embracing the song's smoldering beginning and then ramping up the climax to a full-on rock & roll ending. Ghost has a similar intensity, with a textured arrangement courtesy of alto Frankie Spano. Soprano Sarah Sexton starts off Skinny Love with bell-like clarity, and while there's not always the right balance between her voice and the backs, the beginning here is just stunning — you will stop everything you're doing to listen to her when this song starts.

Even some of the songs that listeners have heard before have a fresh energy to them here. I love the crackly beginning of Rolling in the Deep, and soloist Brandon Schatt (yes, a guy!) makes this song sound unlike the same old Adele song that groups have been oversinging to death.

What doesn't always work for me are the intros to these songs. There's a bizarre Beatles reference in the group's drone-y beginning to No Light, No Light, which I assume plays off the "revelation" lyric later in the song. And while many of the intros do work (Let It Die and Ghost in particular), the fact that so many of these songs start with an intro becomes a little predictable. (It's equally jarring when bands-with-instruments do this too: no, I don't need to hear another moody keyboard piece before a black metal song.) These add to the atmosphere of the songs, but in general, I prefer the approach of Hercules and Figure 8, where the group just gets right into the song.

Overall, Chaos is a strong album that's very easy to listen to. With some surprising a cappella covers and some fresh takes on songs many listeners have heard before, the Faux Paz deliver an engaging album from top to bottom. And one more way that the group has improved since its 2013 release Rev is in the liner notes: the Faux Paz credit every composer and publisher, plus the arrangers, soloists, harmonies, and percussionist for each song.

With emphatic, emotive solo performances and robust, dynamic group singing, I was able to feel what Chaos would be like after diving into the first track. While I typically find albums set in a singular mode (especially uptempo) to be lacking in dynamism, I find the uptempo mode in this instance to be Chaos' most valuable asset. With careful, more deliberate song selection and arrangements, Faux Paz serves an entrée of songs that genuinely sound like they belong together. The result, of course, is an album that sounds less like a budget Now That's What I Call Music 50, and more like a body of work that has some degree of ownership and investment.

One of the key components to Chaos' success is its well-blended and engaging group singing. From top to bottom, it genuinely sounds like the Faux Paz have no "chill" setting (in a good way). The soloists and background singers sound like they have a real relationship with one another as opposed to separate pieces being placed together after the fact. This is likely accomplished in part by great vocal production, but also by properly engaged singing as well. No Light, No Light is a great example of this. The song begins softly, exposed and choral, but turns on a dime in brilliant fashion. The terrific production on the vocal percussion injects necessary bursts of energy to propel the song forward, demonstrating an uncanny impression of the rhythmic electronic breaks in the music.

The solo performances on Chaos are the "cherry on top", and really assist in creating great consistency on the album. The vocalists focus less on karaoke-like accuracy and matching original records, and this allows them to let their natural style come through. This is particularly evident on Skinny Love and I Was Here (my personal favorites).

If there's anything we can learn from Chaos, it's the strength inherent in taking ownership of our songs, even if they're covers. Taking a step back to look at the album as a whole, there isn't necessarily anything that pushes boundaries or is outrageously creative — but because of how the Faux Paz deliver this album, none of that seems to matter quite as much. The album may be titled Chaos, but the music is deliberately executed.

There's a lot going right with Chaos. Energetic soloists, snappy arranging, and eclectic song choices are the standout successes. The tuning is clean and creates a great aura of sound on some truly entertaining chords, founded on some odd but ultimately successful syllables (See Ghost, and the "zin-uh" effects). The Faux Paz know each other, know their voices, and know how to complement each other sonically for a solid product.

The major flaw is the imbalance between the soloists and the backgrounds. It becomes difficult to distinguish lyrics and even who's leading in the front half of the album, especially in No Light, No Light when the background swells over Emily Morris. She gets washed out on what should be some of her strongest moments.

And while I do enjoy the amorphous nature of Rolling in the Deep that slides through not one, not two, but four different stylistic changes in the performance, I do wish the group had picked just two to run with. The changes start to get exhausting, and ultimately distracting: four arrangers on one song ends up with far too many cooks to make this easy to listen to repeatedly.

But let's talk about the soloists! Sarah Sexton is flawless on Skinny Love, flipping and floating effortlessly over a beautiful arrangement by Amanda Barrett and Michael Brisentine that accentuates the best parts of Birdy's popular cover. Brisentine is also fantastic on Ghost, gliding through his register with powerful phrasing. In addition, Lynique Webster was meant to sing Beyoncé. Vocal agility, smooth lows, and forceful energy are the trademark of Her Lady Bey, and Webster has all that in her own instrument.

I'm not a fan of the unresolved cutoff to finish Chaos, however. A build this strong should end with a triumphant finish, not a question.

Chaos is available for download via iTunes and Loudr and streaming via Spotify. To order a physical CD, email the group at fauxpazumd@gmail.com.