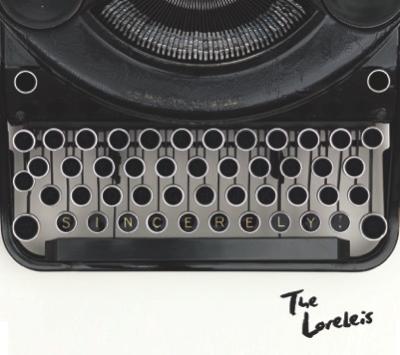 The UNC Loreleis have a storied history dating back to 1981. The group has earned numerous BOCA appearances, along with CARA nominations and awards. Sincerely, was recorded over two years, and features two tracks that were previously released as singles: Bluebird, which appeared on BOCA 2015, and Elastic Heart, which received three 2016 CARA nominations.

The best thing about Sincerely, is the soloists. The Loreleis have belty mezzo-sopranos who wail on the percussion-filled, heavily produced tracks like Should've Been Us and 'Til the Casket Drops. They have quietly beautiful voices on Crazy and Bluebird.

The production ranges from overwhelming to practically nothing. Centuries has so many effects and layers of percussion, it sounds like the soloist is forcing herself to outsing them with enough edge to be heard. The Loreleis follow this with Burning House, a stripped down piece with zero vocal percussion and minimal studio magic that suffers from a lack of blend and an uninteresting arrangement.

Despite the differences in these two pieces, both have the same underlying issue permeating Sincerely,. The arranging is so basic, there is nothing to listen for and no wow moments. The Loreleis have made a perfectly fine album. It's an easy listen. It sounds good. It showcases talented soloists. And yet.

It's sort of like Kidz Bop. For those who do not have children between the ages of five and ten, Kidz Bop is a group of tween children who sing sanitized versions of pop songs. Words like "liquor" and "sex" are replaced with "water" and "love". It serves a purpose for those seeking kid-friendly Top 40 hits, but Kidz Bop doesn't do anything interesting with the arrangements or the style or the harmonies. It's G-rated karaoke.

So the question becomes, what is the purpose of Sincerely,? Do enough people enjoy female a cappella karaoke for the Loreleis to continue in that vein? Given the awards they have already received, it seems like the answer to the latter question is yes.

On Sincerely,, the Loreleis at UNC continue the upward trajectory that I've heard on their last few albums. They've fully grown into the hefty pop-rock sound that they started to develop on 2014's Burn, and this new recording is really easy on the ears.

The group's energy is on point throughout, and the backs are always really engaged. Not to dismiss the beauty of Sara Larcher's solo on Elastic Heart, but the rest of the group is the star on this song: Annie Poole's arrangement is textured and dense, and the backs keep up every step of the way with their layered beauty, building the song into a dreamy and passionate performance. It'd be hard to follow up that track, but the Loreleis smartly switch gears into a sultry, haunting cover of Gnarls Barkley's Crazy. The group correctly credits the inspiration to Canadian singer-songwriter Daniela Andrade, but even if the Loreleis didn't come up with the idea themselves, it's still an excellent choice for the group in general and in its placement here on the album. The final real standout track on Sincerely, is Burning House, arranged by Poole and Ellie Cain. Once again, the arrangement is exquisite, the performance is moving, and soloist Kaitlyn Flythe commands attention with her emotional lead.

The rest of Sincerely, is well-performed even if it's not particularly earth-shattering. Songs such as Like I Can and Here sound lovely in the moment even though they aren't particularly memorable on their own. The group obviously took great care in choosing soloists; Lauren Kent is outstanding on Centuries even though the song itself isn't a great choice for the Loreleis' overall sound, and Jaewon Jung and Krista Harrell sound fantastic on Should've Been Us and 'Til the Casket Drops, respectively.

Overall, Sincerely, is a solid step forward for the Loreleis, with great soloists, beautifully layered arrangements, and a handful of truly outstanding songs. It's obvious how much care went into this album, from song and soloist selection all the way down to the track order on the album, and Sincerely,'s musical journey truly benefits as a result.

In checking my scoring rubric for Sincerely,, the latest album from the Loreleis of UNC-Chapel Hill, I was disappointed to remember there is no category for boldness or ambition. "Innovation/Creativity" isn't quite what I admire so much about this album from the longtime stalwarts of female collegiate a cappella, so instead I'll just award the group a "5" for the completely-unique-to-this-review category of "Boldness/Ambition". On Sincerely,, the Loreleis flex their muscles, showing the group can be loud and brash or soft and introspective, all while retaining a consistent identity of solid arranging, production, and solos.

The album starts off with the powerful cover of Tori Kelly's Should've Been Us, with juicy percussion and an arrangement which is thick and never dull or static. The group follows with an even better version of Sia's Elastic Heart, which breathes deeply even as it propels forward, and crackles with energy without overwhelming. These first tunes benefit immensely from arranging techniques which are instrumental in nature and seem designed specifically for recording, and Dave Sperandio of diovoce gleefully digs deep into the charts to craft mixes which are about as good as it gets. The Loreleis then change it up with an eerily fitting reinvention of CeeLo's Crazy (imagined by songwriter Daniela Andrade), which is dark and sinewy. The first three songs are fascinating and engaging. If the group were to take those three and add just the gritty and sonically creative 'Til the Casket Drops, it would have an absolutely killer EP. The remaining six songs are fine, they just don't have the same successful combination of personality, energy, and ambition.

Bluebird has plenty of personality, but not enough energy or ambition. Centuries bursts at the seams with energy and ambition, desperately trying to prove these ladies can rock as hard as any group out there. They can, by the way; but the song just feels a little impersonal. Burning House, which follows, is a beautifully sparse and a wistful change of pace which floats along, but never quite goes anywhere.

The truth is the Loreleis have all of the pieces for an enormously successful album. Soloists like Sara Larcher (Elastic Heart), Hunter Travers (Crazy), and Krista Harrell ('Til the Casket Drops) are compelling and invested performers. Arrangements like Ellie Cain's Should've Been Us and Annie Poole's Elastic Heart, as well as the joint effort from Poole and Travers on 'Til the Casket Drops, are well-conceived and even better-executed.

Dave Sperandio's mixing work on Sincerely, (with assistance from Cain and Poole) is a masterclass in a cappella production. The album is at times slick, stylish, and scorchingly hot; and other times sparse, transparent, and achingly vulnerable. There is nothing better than the marriage of effective arrangements with exemplary and inventive production, and the songs which pair the two on Sincerely, are truly excellent.

As is so often the case, the only shortfall here is consistency. Luckily, the Loreleis pack just enough into this album to prove that when they do it right, few do it better.