On The Edge (None) 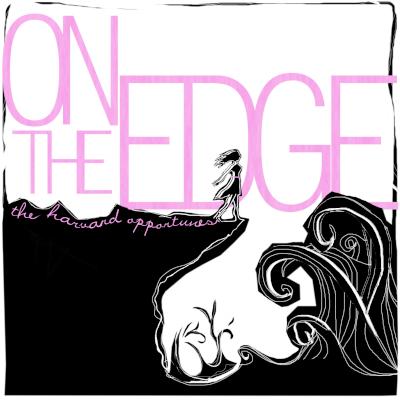 From beginning to end, nothing seems out of place with On The Edge. The Harvard Opportunes have produced a product that you can literally just sit back and enjoy. Oftentimes I found myself putting down the pen and just being taken in by the moment. Isn't that what good music should do to you? With thirteen tracks, the group covers the entire spectrum of groove, emotions, energy and the like. All faults are limited to a matter of stylistic choices.

What's great about On The Edge is that the recording nails the details that tend to plague so many others. Blend is consistent across all tracks, and production is clean and clear with attention placed equally and not only on one particular track. Larger Than Life is a great opening selection as it is rather tough to perform the Backstreet Boys' track with little energy. This track also sets the stage for what to expect from the rest of the album as the arrangement is not too complex, the percussion is just a piece of the puzzle and not a highlight, and the song is smooth and to the point.

As stated earlier, not a single thing is out of place on this album, but there are moments when the Opportunes take a moment to surprise the listener's ear. Mercy On Me is one of those particular moments. As the fourth track, it is the first moment where the Opportunes change the pace of the album. It has a unified opening, a dark undertone, and a killer lead that "goes to church" and then beyond. If there was ever a song that embodies a true confessional, this would be it.

I Wish is just smooth in its overall performance with small inserted mash-ups and a reimagined bridge breakdown. Would You Go With Me is a highlight with its featured low-voiced solo, constant energy, and for the simple fact that you can put it on, sit back and relax. It is these easy listening moments, and the bits of ear candy such as the well-placed "ooh"s and "ahh"s in Not Over You, or the vocal stylings in I Wish, that really make this album.

Now, while I don't necessarily have any qualms with this album, there are small preferential things that caught my attention. For instance, Barton Hollow is a solid track that properly hits the right notes; I just could have used a bit more rawness in the overall sound. It seems as if the song is begging to be a bit grittier. Any other issues are small and trivial.

On The Edge does not necessarily redefine any standards, but the album does advance what good music should sound like. At the end of the day, sometimes that is all you need from a good album.

This album has good bones. Recorded by Ed Boyer, with the help of Plaid Productions, the Opportunes mastered something difficult for many groups: translating energy in a recorded setting. Most of the recordings on this album pulse, which makes the listener want more. The variety of musical styles included on the album helps push this thought forward, contributing to the continued energetic feeling.

Although I find the "zway-bah-dah-den-dah" syllables distracting in Mercy On Me, Leah Reis-Dennis simply kills the solo, nailing the balance between smoulder and excalamtion. I also love Ebele Anidi on the John Legend song Stay With You for its sensual gentleness. The arrangement perfectly captures the topic of the song: the long, warm "ooh" background parts feel like the vocal embodiment of the promise of security.

I wish someone in the group could explain the "wade in the water" quote oddly smashed in to The River of Dreams recording. In order to make it fit into the background, the arranger had to stretch the melody so far that it no longer has any musical similarities to the spiritual. Sacrificing that for the gimmick of the similar topic quote just doesn't seem worth it.

The Opportunes have a history of including a Let The Music Play medley track on their albums. It introduces the "this is the weird part now" end-section of their album in which they do two medleys and a live track. I'm not generally a fan of including a live track on an otherwise all-studio album. A live track is usually supposed to serve a "look what we can do without the studio effects" statement, but it usually turns out to be "look how much we need the studio effects" instead. The Opportunes are not immune to this, though their live track is, at least, in tune. (A note to groups who do covers like this: yes, we get it, you are singing a crunchy jazz chord, but you don't need to sing it louder just because it is a crunchy jazz chord.) Unfortunately, the track breaks the momentum they've spent the entire album building, and that's not the note I'd choose for the ending of this otherwise strong album.

On The Edge is an appropriate title for the latest from the Harvard Opportunes. It remains true to the form of the group's previous albums without offering many improvements on those recordings. Based on the areas where they excel, the Opportunes should have no trouble crossing the threshold from "good" to "great"; however, On The Edge seems to firmly toe that line without being able to actually get over that edge.

The most notable strength of the group is their depth of talent. On The Edge features at least five main arrangers, with excellent contributions by both Sam Linden and Pilar Fitzgerald, and few soloists have more than one track credit. Their female soloists, especially, showcase a solid roster with strong performances by Leah Reis-Dennis in Mercy On Me, Fitzgerald in I Wish, Sarah Reid in Barton Hollow, and Lilla Cosgrove in Where I Stood.

The group also smoothly blends together and brings a ton of energy to the recordings. In The River of Dreams, for example, the Opportunes do a great job bringing life to an arrangement of a song that came out the same year most of them were likely born. That choice on its own isn't too egregious, but the track list in general is a bit all over the map. Nine of the songs covered were released five or more years ago. This, unfortunately, leads to their song choice being one of the most confusing aspects of the album.

The biggest fault with On The Edge is really a lack of any focus or cohesive theme. Sure, there's something for everyone, but what ties it all together? This lack of narrative is reflected in one of the album's weakest tracks, which is an Opportunes tradition: the ten-minute long, meandering medley Let The Music Play. It's true that many collegiate albums feature a dozen Top 40 hits, and a quick glance at the track list would suggest that the Opportunes avoid doing the same. However, those hits are all there, just cut down to thirty second snippets, and haphazardly shoved together in one number. The transitions are jumpy, the style and tempo change with no warning, and it sort of ends up sounding like a commercial for Now That's What I Call Music 50.

Overall, the Harvard Opportunes have a lot of potential, and in the future, a little more focus could go a long way. My advice to the group moving forward is twofold: first, to pick one idea or theme and really use the song selection and arrangements to develop it; and second, to work on drawing out more nuance and dynamics in all the arrangements as heard on Mercy On Me or I Wish. With some work in those areas, I'd be excited to see what the Opportunes can really bring to the table.

On The Edge is also available for streaming on Spotify. To order a hard-copy CD, fill out the email form on the "Contact" page of the group's website or email the group directly at harvard.opportunes@gmail.com.