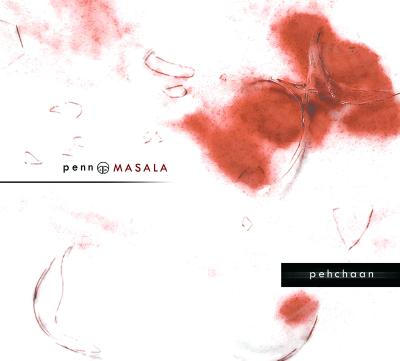 Shame on me, as a self-proclaimed a cappella junkie, to have not heard another Penn Masala album before listening to Pehchaan . This is quite simply an exquisite album. For the Penn Masala newbies like myself, the group combines Hindi songs with contemporary Western music. My knowledge of Hindi music was limited to college music courses studying world music, where I learned about driving raga and tala rhythms (ever-present in Penn Masala's music) and common use of the vina or more modern sitar (a stringed instrument). Their singing captures both of these essential elements, amongst other stylistic vocalizations, as its blended with the Western scale of music and chords. It's a unique genre they have created that I assume is not commonly duplicated with such talent.

Bheegey Hont/Every Breath You Take is a favorite of mine. The Hindi translation alludes to " … your body seems like nectar to me" and "your breath is like sparks, your body like the fire". Though The Police's lyrics are often meant to be a love song (it's actually somewhat sinister/cryptic lyrics alluding to 'watching you' and quasi-stalking a person), both songs are slightly more upbeat than The Police original, and it's creative and singularly breathtaking.

Production is thoughtfully and smartly executed. It's utilized for a polished, clean sound but does not compromise the integrity of what each member in the group sounds like. This is my notion of near-perfect engineering, as it enhances the songs without being in your face or over-digitized. You cannot easily have an engineer match up vowels and syllables seamlessly on an album. If singers pronounce words differently, you will hear it — but Penn Masala has worked hard to blend their sound with precision and practice.

Soloists are all fantastic; even when the lyrics were in Hindi I often wasn't far off in guessing what they were singing about (translations were provided). Many of the songs are about the conquest of love, its eternal power, and its power over someone. The arrangements have a seductiveness that reflects all of these emotions — a constant driving bass lines, chords that move effortlessly and build with intensity but do not distract and soloists that soar above the backgrounds and are supported by the other singers. Though no arrangement has tremendous innovation with syllables or rhythms, it's a favorite 'less is more' approach that Penn Masala takes with its music. The album takes a beautiful, more ballad-like turn towards the last third of songs, almost telling a love story with the sequence. I envisioned the identity ('pehchaan' in Hindi) of this album as the frenetic conquest for love, passionate songs of desire in the middle, then the resolution in the last few songs.

Within the first fifteen seconds of turning on Pehchaan, I did a double-take at my iPod and grabbed my headphones in disbelief. And then I began to involuntarily bop my head. And then I hit a particularly delicious solo riff, and I mouthed "F*&#$! awesome!" with a huge grin. Penn Masala has finally arrived, and it's been well worth the wait.

Pehchaan means "identity", and marks this UPenn group's tenth anniversary of existence as well as its ascension to the big leagues. Masala continue here their approach of delivering pop hits with a South Asian twist, but raise their game on all fronts. Tuning, blend, energy, and production are all now top-quality, and it's amazing how strong execution liberates the listener. Whereas I was distracted by basic tuning and tempo problems on even the best tracks from The Brown Album or Soundcheck, I found the vast majority of Pehchaan technically superior to the vast majority of collegiate albums that cross my path. This lets the group's unique approach shine through, leaving their sound at worst slightly incongruous from disparate Hindi and English melodies being melded (Don't Stop/Dosti) and at best fully realizing the potential of fusion a cappella (the phenomenal Neelay Neelay/Only You).

One small footnote on the album back cover reveals volumes: "recorded and mixed at Studio Crash — engineered by Michael Harmon". As in Michael Harmon, the long-time studio wizard behind fellow campusmates Off the Beat. This is not a huge surprise, as the improvement in album quality on Pehchaan is so substantial one would have to suspect some top-shelf help behind the scenes. And so it'd be easy to chalk up Masala's success here to just another super-producer taking over the helm.

But Masala deserves a share of the credit as well. Moments like the rockin' "whoa oh oh" riff on Every Breath/Bheegey Hont aren't invented in studio software; the first half of Pehchaan shows more creative and effective arranging from Masala than we've seen in the past (even if the album does taper off a bit as it progresses). Soloists are stronger and more nuanced performers, with no clunkers in the bunch. Both originals (title track Pehchaan and Main Tanha) are wonderfully catchy, even if the latter feels more like a pop-rock song and a Hindi tune hip-conjoined over the same chords, rather than a coherent track. And as if all the musical improvement weren't enough, Pehchaan boasts some of the sweetest, most professional-looking liner notes I've seen from a collegiate group.

I haven't seen a group so thoroughly up their game in between albums since Oregon's On the Rocks' second outing. I hope the male collegiate ranks are ready to make room, because Masala has arrived and I doubt they want to be anywhere else.

Mesmerizing. It's the first word that comes to mind when listening to the latest recording by the wunkerkinds of Hindi/South Asian-American a cappella, the University of Pennsylvania's Penn Masala. Pehchaan is a great addition to the collegiate a cappella ouerve. Light and bubbly at times, smooth and sexy at other times, the music inspires and captivates. A lot of moments on the CD sparkle with wit, charm and star power.

The Hindu word "pehchaan" translates as "identity" in English. I believe that the boys in this band have done more than established theirs with this recording. With only one true clunker track on the album — the weirdly tempoed Every Breath You Take/Bheegey Hont — the album soars. The blend is near perfect. The arrangements are strong. The soloists are emotionally invested in the material. And the production values are unobtrusive and yet evocative of a definitive style. The three original tracks — Pehchaan, Main Tanha and Aankhon Mein Tu Hai — hold up under the weight of inspection and critique to stand solid with the most songs in the pop-hop genre.

As has been stated in the past reviews of the group, the all-Hindi songs are overall better than the blended songs, though the distinction of quality is diminishing with each album. I absolutely love the movie songs Woh Lamhe and Dheere Jalna. It really feels like those two songs are the heart and soul of group. You get what the members of Masala are trying to accomplish and what they are about from listening. On the flip, Only You and Used to Love U work just fine as the mash-ups they are. No real complaint for either of them. I am wondering if the boys knew something that many others of us didn't when they decided to cover Journey's Don't Stop Believin'. Pehchaan is the second album I've reviewed to come out in 2007 which includes the song. Is there a Journey revolution going on in collegiate scene? Or was there insider knowledge circling in the ether about the ending of a certain vocally named HBO drama?

The reason that the overall score isn't higher is because of the need to be an active listener during the entire recording. I give all albums an active/passive listening test. The passive test is a general indicator of the album's sticking quality and general influences the repeat listenability score. With passive listening, the music effects you viscerally ... you don't have to think about why you like a particular song, instinctively knowing when a track or style has changed. As a reviewer, I'm charged with actively listening to all of this music. Pehchaan falters on this test, because if you aren't paying careful attention, several of the songs start to sound formulaic. It's why there are a slew of "excellents" given to single tracks, when listening repeatedly to the entire album of work, the overall experience cracks under pressure.

I think it's time for Penn Masala to tackle new Western artists and genres of music with their creative talent and particular branding. I think that would break them of some of this blandness that Adam Ballard spoke of in his previous review. It could be very intriguing to hear the group's take on the latest Fall Out Boy, Daughtry, Josh Groban, Chris Garneau, Arcade Fire or Amy Winehouse track. You've established your identity, now it's time to round out your personality.