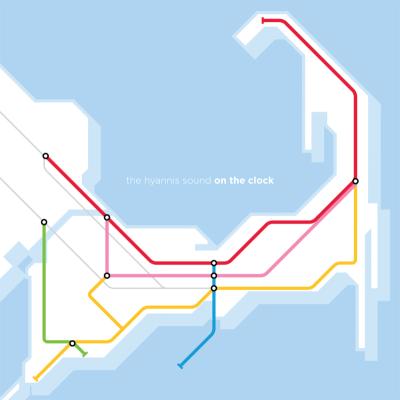 Let me say this about the best on the CD: These are the best soloists of any release in recent memory, each rising far above merely "covering" their chosen song and instead recreating either what made the song special or re-imagining what could have. These arrangements further the energy and purpose of the song, rather than the cleverness of the arranger. Production values clear the way for brilliance rather than covering foibles. Percussion is ridiculously expressive and not just pasted to be on the beat. Perfect intonation. Moving phrasing and dynamics.

Let me say this about the worst: it's almost as good as the best, but just a hair less impressive soloist here, just a bit less well-phrased background part there. Pretty damn hot, just not smoldering. And then the "4" for innovation/creativity needs some explanation: no originals, no incredibly wild departures in arrangement choice. Did that hurt my personal enjoyment of the album? Not at all. But is it objectively a "5"? Not really. In order to call it a "5" I'd have to conflate the soloists' creative expressiveness with overall innovation. No can do.

The Hyannis Sound is as good a release as any of the a cappella "Best of" compilations — BOCA, Sing, whatever — albeit less varied in style. Considering the Hyannis Sound is a "Best of" group to begin with, that makes some sense. Hyannis also achieves its sound with more transparent studio assistance than most and that's a rare pleasure these days.

That raw energy that spins you around, that inspires you to go out and start a group, that let's you happily wait half an hour to get an autograph, that makes you buy the CD and play it — no, blast it, again and again on a road trip — yeah, all that, it's been bottled.

Get ready, cause On the Clock is about to be your new favorite album.

Following an album of slick production, yet lukewarm song choices, the Hyannis Sound comes charging back with On the Clock, its tightest and most creative effort since Route 6. The weakest tracks on this album have all the strengths of the best tracks on Shirt, Tie, Khaki, with new layers of creativity thrown in for good measure. It's a wonderful return to form for a truly exceptional group.

I'm not wild about every creative chance the guys took here, but there are so many fun things happening that when I hear something I don't like, I can move right on to the next "wow" moment. I missed the energetic, rhythmic opening of Still The One (captured on Annual Bootleg Vol. 5), but found unexpected drive in the cascades that open Would You Go With Me just a couple tracks later. Your Love drags, but Unchain My Heart surprises with neat riffs in the trio, and sudden subtle shifts in dynamic. There are enough surprises in the first two minutes of the album alone to be worth the price of admission.

This shouldn't be a surprise, but the solos on this album are top notch in a way that deserves their own paragraph. Here it goes. I Can't Make You Love Me is a moving tour de force that shows Micah Christian toggling effortlessly between loving whisper and heartbroken wail. Feels Like Today lets Patrick Lundquist rock up to the stratosphere for power notes that are a true highlight of the album. Check out 2:24. Chills. This paragraph is almost over, but I could write similar sentences about any of the solos here. They're just that good.

This incarnation of the group goes for a big sound and does so quite successfully. Still, it's pretty clear that big is what this group does best right now. The quiet moments are there, and they're very good, but next to the moments of in-your-face energy they sound subdued. At its most tender, this album sounds like an approaching thunderstorm. There is always a sense of something much bigger about to explode on your stereo, and some of the softer songs get lost in the rush to get there.

Still, it's a heck of a thing if my worst criticism of an album is that it occasionally has too much momentum! This album is a huge accomplishment for a group that already has its fair share of well-deserved recognition. If you're a Hyannis Sound fan, you'll be delighted with On the Clock. If you're not a fan yet, what are you waiting for? It doesn't get much better than this!

It's no surprise that Hyannis Sound consistently produces a quality sound: this is the elite summer group that uses solid groups like the Hullabahoos and Straight No Chaser as its farm teams. There aren't many groups that could drop a six and a half minute song as the first track on its album, especially when the first half of that song is a wailing guitar instrumental. Even though the arrangement of Foreplay/Longtime isn't terribly complex, the Sound maintains a sense of energy and enthusiasm that makes those six minutes fly by all too quickly.

Overall, the Sound maintains a classic all-guys group sound; there's not a lot of studio wizardry here (or, if there is, it doesn't sound like it). Instead, these are just swooneriffic voices, performing classic or classic-sounding tunes. Songs by Rascal Flatts and Michael Bublé flow nicely next to ones by Ray Charles and Bonnie Raitt; this is an exceedingly cohesive collection of mid-tempo pop songs.

Sometimes the Sound is a little too polished for its own good, and the recordings of the soloists on Your Love and Still The One feel a little lifeless. On Your Love specifically, the soloist hits all the high notes but doesn't capture the pleading desperation of the lyrics. There are a few notes on the lead of Would You Go With Me that sound too low for the soloist. These are minor complaints, though. Although Hyannis Sound is a step up from college a cappella, a few good-but-less-than-perfect solos just serve to remind us that these really are just college kids getting together for the summer, which in turn makes the album's overall polish and consistency all the more impressive.

Alfredo Austin is a fantastic soloist on Unchain My Heart, and Micah Christian pulls off I Can't Make You Love Me with an understated tenderness and sorrow. Alumnus Ed Boyer's three arrangements here are terrific, especially the shimmering She Talks to Angels. Most importantly, this is a group that does simple well: there aren't a lot of flashy arrangements or solos here. Instead, these guys really focus on precision and intensity, two qualities that make On the Clock an engaging and enjoyable listen.