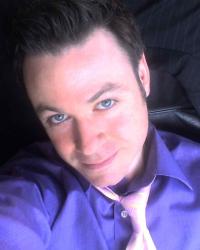 Jonathan Minkoff is the Founder of SingStrong Inc., a 501(c)(3) Public Charity. He has also served as Executive Producer for SingStrong International A cappella Festival since 2009. SingStrong returns Feb 3-5, 2023 to Adelphi University. SingStrong has helped raise over $100,000 to support music programs and the fight against Alzheimer's Disease. SingStrong DC was nominated for "Favorite A cappella Event" in the A cappella Community Awards. Past headliners include Take 6, Pentatonix, Nota, Street Corner Symphony, Afro-Blue, Maxx Factor, Ten, Traces, and ARORA (Sonos) from The Sing-Off, American Idol's Blake Lewis and Nate Tao, and world renown artists like The Swingle Singers, The Bobs, Blue Jupiter, Cadence, West Side 5, Ball in the House, Fii, Zulal, The Edge Effect, Julia Easterlin, Grace McLean and dozens more.

Audiences may recognize Minkoff as a coach and performer from his 2016 appearance on Lifetime's Television's A cappella TV show, Pitch Slapped with Blue Jupiter. Minkoff has also coached hundreds of groups at a cappella festivals, and was the choral director and voice instructor for Grayslake High School.

Since 2005, Minkoff has performed with Broadway Records recording artists, Blue Jupiter. Their sound has been described as a high energy mix of pop and twisted Broadway. Performance highlights include multiple tours of the US and Asia, performances on nationally syndicated radio for over 10 million listeners, appearances on The Sing-Off live tour, headlining AcappellaStock2009 and sharing the stage with artists like The Roots, Third Eye Blind and comedian and SNL star, Andy Samberg. Their most recent accolades include winning the prestigious Audience Favorite Award (aka "Audience Choice") at the world's largest contemporary a cappella festival, the 2019 Moscow A cappella Festival.

Jonathan Minkoff has directed various a cappella groups since 1984. Six of those years were spent as the founder and artistic director of the full-time men's a cappella rock quartet, Blind Man's Bluff. While directing and performing with Bluff, he toured nationally, recorded two albums and multiple radio and TV commercials, shared the stage with national recording artists like All-4-One, headlined the Improv Comedy Club, sang the anthem for the World Champion Chicago Bulls and performed in front of crowds larger than 100,000.

Jonathan Minkoff has received numerous musical awards including the National Harmony Sweepstakes' Best Original Song and Best Original Composition, Chicago's Sweeps Champion, and Chicago's Audience Favorite. His song "Christmas Valentine" co-written with Judy Fontana Minkoff, shared the Contemporary A cappella Recording Award nomination for "Best Holiday Album" in 2011, and "Album of the Year" in the Washington Area Music Awards, and won the WAMMY in 2012 for "Best A cappella Album" Cartoon Johnny's "The More The Merrier"). "Twisted Broadway Volume 1 An A cappella Album" received the 2018 CARA nominations for Best Pop Album, Best Showtune and Best Non-Scholastic Arrangement and Minkoff's arrangement and lead on Summertime won RARB's own award for 2018 Track of the Year .

Minkoff is a frequent judge at both collegiate and professional a cappella competitions including the New York, Mid-Atlantic and Chicago Harmony Sweepstakes, NCHSA and ICCA/Varsity Vocals and the Wooten A cappella Fest.

Jonathan Minkoff served as Executive Director and Producer for the East Coast A cappella Summit from 2003 until 2008. He also served three terms as the President of CASA — The Contemporary A Cappella Society.

In late 2004 Minkoff received national attention as a featured expert in a cappella music on The Jane Pauley Show where he also musically directed, arranged for, and performed with the Jane Pauley Singers.

Minkoff runs a ProTools-based, vocal-centered recording studio where he records, writes and produces for a select group of artists, including multiple CARA nominees and Harmony Sweepstakes Champions, Stiletta, West Side 5, Ball In the House, solo artist Wes Carroll, voiceover artist Diana Preisler and others. The studio is located on 42nd Street, in the heart of Manhattan, just steps from Times Square.

From time to time, Minkoff secures groups he reviews at RARB to also perform at SingStrong's charity a cappella festivals. RARB has determined that this does not present a conflict of interest.

Minkoff has an educational a cappella blog called A CAPPELLA 101 and has authored several articles on various issues relating to a cappella music including:
A cappella Liner Notes: Credits Where Credit Is Due Permission to Arrange for Live Performance The Legality of Arranging Fair Use: Using Other's Works without Permission or Payment Who Owns the Arrangement The Role of Competition in A cappella 27 Fundraising Tips for A cappella Groups Top Ten A cappella Competition Rookie Mistakes

During daylight hours Minkoff can be found practicing law. Minkoff's practice includes a wide variety of trust and family services and representing both artists and businesses who need intellectual property and entertainment law representation.

"It is not the critic who counts; not the man who points out how the strong man stumbles, or where the doer of deeds could have done them better. The credit belongs to the man who is actually in the arena, whose face is marred by dust and sweat and blood; who strives valiantly; who errs, who comes short again and again, because there is no effort without error and shortcoming; but who does actually strive to do the deeds; who knows great enthusiasms, the great devotions; who spends himself in a worthy cause; who at the best knows in the end the triumph of high achievement, and who at the worst, if he fails, at least fails while daring greatly, so that his place shall never be with those cold and timid souls who neither know victory nor defeat."
― Theodore Roosevelt